Kelly Rubley Gets Her Shot At History﻿

Home > Blog > Racing > Kelly Rubley Gets Her Shot At History﻿ 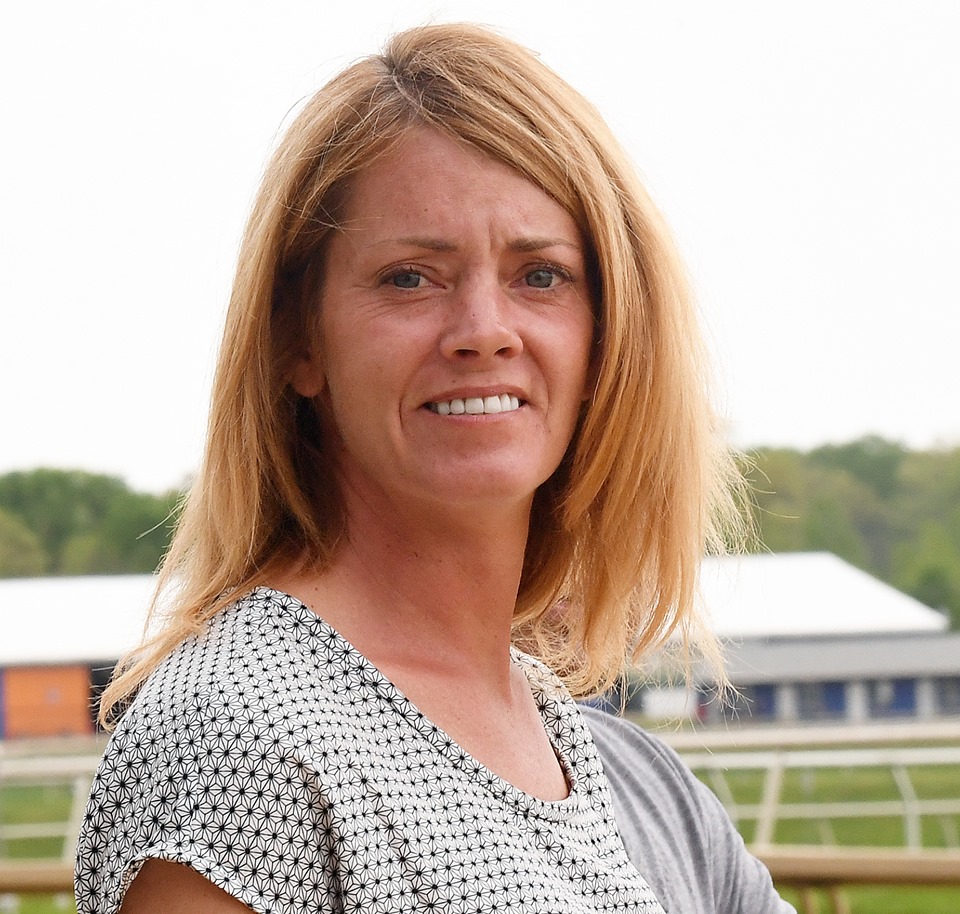 The usual conversation during Preakness week is all about the Kentucky Derby winner and whether that horse can capture the second jewel in racing’s Triple Crown.

But Preakness 144 at Pimlico will not have that storyline since the most controversial Derby winner in history—Country House or Maximum Security, take your pick—will not be in the race. Neither will official Derby runnerup Code Of Honor, nor third-place finisher Tacitus.

War of Will, the horse seemingly most affected in the Derby will be in the field and Bob Baffert’s Improbable, who disappointed in the Derby placing fourth, will go off as the Preakness favorite in a highly competitive 13-horse field.

Still, it is the first time in 65 years that none of the top three finishers in the Derby will run in the Preakness and only the fifth time in 60 years the Derby winner will pass up the Preakness (Grindstone, 1996; Spend A Buck, 1985; Gato del Sol, 1982; Tomy Lee, 1959). In 1982, Pimlico manager Chick Lang expressed his opinion of Gato del Sol’s connections’ decision not to run by placing a goat in the stall reserved at Pimlico for the Derby winner.

Pimlico itself is suffering infrastructure problems with 6,670 seats cordoned off as unsafe, some seeing the move as an attempt to forestall updating the facility, instead shifting the Preakness to Laurel Park in the near future.

But a more positive storyline, and possible history, is still in the offing. For one thing, the weather is predicted to be fair and warm at post time as opposed to last year’s fog-shrouded, mud-engorged affair won by eventual Triple Crown Champion Justify.

The significance of Kelly Rubley’s accomplishment is not lost on the former STEM teacher and school administrator. She is only the 16th woman to saddle a Preakness contender, that being Alwaysmining, and perhaps the one with the best chance in history to drape her charge in the blanket of Black-Eyed Susans.

“That is an exciting aspect,” says the fifth-year trainer. “It certainly will be a great accomplishment for women in the industry if we are successful here.”

Success will not be a given. The best-ever near-historic finish for a woman trainer in this race was in 2002 when Nancy Alberts saddled 45-1 longshot Magic Weisner to a 3/4 length second-place finish to Kentucky Derby winner War Emblem. Linda Rice saddled Kid Cruz to an eighth-place finish in 2014.

But Rubley’s opportunity comes because she has enjoyed success. After being purchased by Greg and Caroline Bentley following a maiden victory, Alwaysmining finished poorly in his first race under a former trainer. The Bentley’s then chose to team with Rubley and their success is a bit of a fairytale story.

Their Stay Thirsty gelding has now won five stakes among six consecutive race wins. On April 20, their prized charge delivered a penultimate prize, a near-12-length romp in the Federico Tesio at Maryland’s Laurel Park, a win-and-your-in qualifying race for the Preakness.

“It’s a wonderful story,” says co-owner Greg Bentley. “Kelly is an entrepreneur, and she’s a student of what she does.”

Success for women in horseracing has progressed very slowly, even more slowly than in other endeavors. You can count those successes—almost literally—on the fingers of one hand.

There is Penny Chenery, the late beloved owner of Secretariat whose Riva Ridge saved Meadow Stable with wins in the 1972 Kentucky Derby and Belmont Stakes. That paved the way for the greatest story in modern racing history, that of Secretariat and his 1973 Triple Crown journey, setting time records in all three races that still stand.

Chenery would go on to join Allaire Du Pont, of the chemical Du Ponts and owner of Kelso, and Martha Gerry, breeder and owner of three-time Horse of the Year Forego, as the first women to be admitted to The Jockey Club. Their achievements suggest how high the bar has been set for women in the sport.

Julie Krone broke the ceiling for female jockeys, becoming the first female jockey to win a Triple Crown race when she moved Colonial Affair swiftly through a rainy day at Belmont in 1993.

Krone recalled her feat last year in an interview for The Paulick Report: “I celebrated with a slice of pizza. Twenty-five years later, girls come up to me and say ‘You inspired me so much. You let me know a girl could do it.'”

Krone’s success opened the door for other women jockeys, including Rosie Napravnik, who would end her career with a signature win in the 2014 Breeders’ Cup Distaff aboard Untapable. On the winners’ stand, Napravnik would join her roles as both horsewoman and woman by announcing her pregnancy and retirement from racing.

Horsewoman and woman. It’s a twin role that has been difficult to join together in what can be a tough-guy sport.

But Rubley sees the sparse success of past Preakness women trainers as less a liability than an opportunity, just as she saw becoming a trainer as an opportunity when she left teaching to take up full-time work as a trainer.

“I feel like most people have been very fair and offered me an equal opportunity as most men,” she reflects. “I think women are becoming more accepted in the industry at this point. But it’s a male-dominated sport, for sure.”

Looking back and given a relatively slim chance of success, why leave a comfortable career as a respected academician for the early hours, the muck and the mess of horseracing?

“You can try to get horses out of your life, but you just can’t do it,” she says with a wry smile. “They are always there.”