David Oberkircher Is Having His Best Season Ever 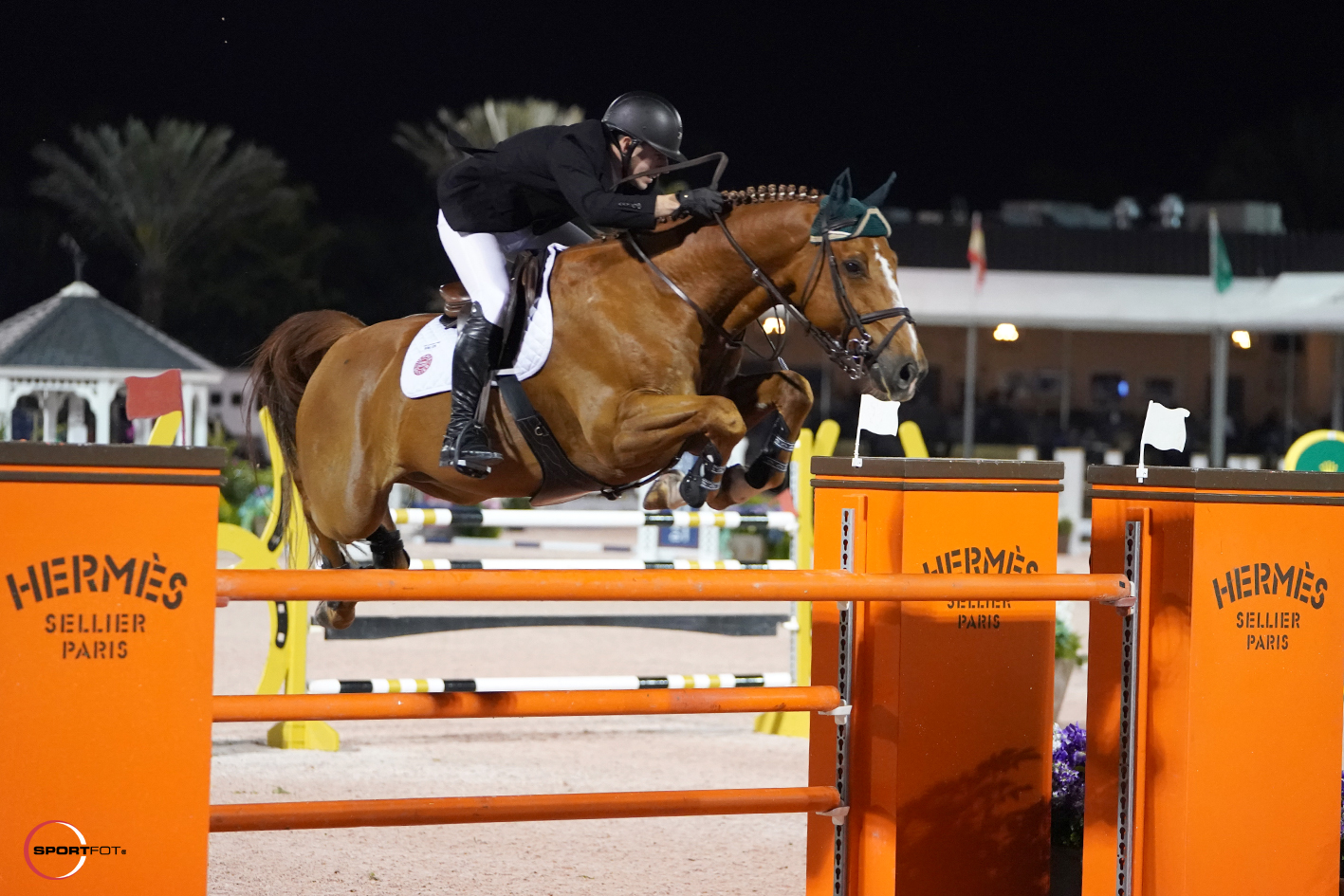 Twenty-three-year old David Oberkircher (USA) rode away with the victory in the Under 25 grand prix at Wellington, Florida’s Winter Equestrian Festival (WEF) on Friday—for the second week in a row.

No one was more surprised than him.

“I did the series last year,” said Oberkircher. “I had some good results, but I was just looking to improve this year and maybe jump a few more clear rounds. To come out on top two weeks in a row has been amazing. My horse has been feeling great and jumping great, so I’m thrilled.”

To put that impressive accomplishment in perspective, Oberkircher and his mount Upper collected four top ten finishes in the U25 Series at WEF in 2018. Their top placing was sixth in a 1.45m Table A class.

They’ve upped their fame in I2019. The back-to-back victories are the first FEI wins of Oberkircher’s burgeoning international career.

Second to contest Friday’s six-horse jump off designed by Steve Stephens, he and the 11-year-old Selle Francais gelding set the time to beat at 35.10 seconds in the $36,000 Hermès Under 25 Semi-Final Grand Prix CSI U25.

“I have a slower moving horse, but he’s got a massive stride, so I just basically had to do the least amount of strides possible everywhere [in the jump off],” said Oberkircher. “I ended up doing six home where most did seven, so that’s probably where I got them. But it was very close!”

Ireland’s Daniel Coyle and his new, quirky mount, CHS Krooze were closest to Oberkircher’s time stopping the clock in 36.19 seconds—more than a full second behind.

“The horse I have tonight is one of my own horses; it’s a little new to me. I walked the course and thought ‘This is big,’ so I’m very happy. This is the first big step for [CHS Krooze], and she really came through so I’m excited for her,” said the Irish rider.

“She’s not everybody’s cup of tea. She’s just special in lots of ways—like if a horse canters past her or somebody spooks her or even tractors or simple things. For me, when horses jump as good as she does though, the rest you put up with. When I’ve put pressure on to ask her to do a little more, she’s always done it so much better, which is always the sign of a good horse. Like I say, she’s not the simplest, but the jump is there. I’ll just take my time until I have something in the end!”

Ailish Cunniffe (USA) finished in third with a time of 36.22 seconds aboard Baloucento 2.