Why Do Horses Eat Weird Things? 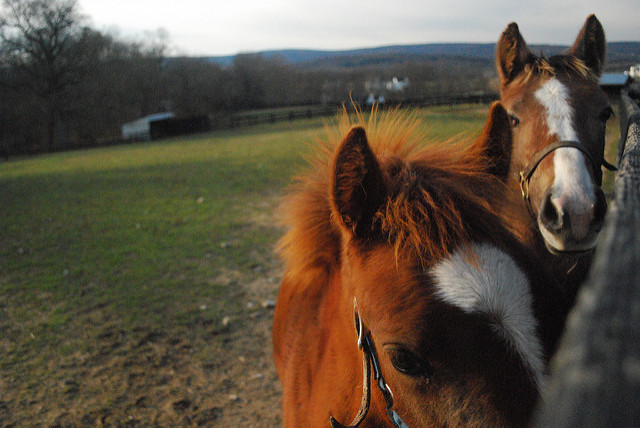 Horses are not picky eaters.

I mean, they’re not carnivores, so they will generally turn up their noses at a good steak (although I did run into a horse that had a taste for hot dogs). But they were essentially born to eat. In the wild (which isn’t always the best measure, by the way), they eat in 23 of 24 hours during the day. Eating like a horse, indeed.

Anyway, periodically I get questions about why horses eat what they eat, and whether what they eat is bad for them. Here are some answers.

Many horses are kept in stalls bedded with wood shavings. Wood shavings are absorbent, and smell nice, which, of course, is particularly important for us, since we’re the ones that put them there (horses like to get dirty, and don’t seem to care much how they smell, which is also perplexing to owners).

Wood shavings are also not unpalatable. Not that you’ll see a lot of horses munching down on their shavings with any regularity, but there are many horses that are more than happy to consume a mouthful of shavings just so they can savor that last alfalfa leaf. The practice is completely harmless, unless you’re using black walnut shavings. Those, unfortunately, are fairly toxic to horses; they cause severe laminitis, a problem which, sadly, took a few horses getting really sick to recognize, (it happened a few years back, and if you want to read about the problem, you can CLICK HERE for a nice article from Purdue University Extension Service). 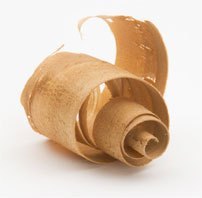 But the chances are you aren’t going to find any black walnut shavings in your horse’s stall, and, if you do, get him, and/or them, out.

Wood is, in fact, a good fiber source. In fact, horses that are fiber deficient (a mostly experimental condition, but possible in horses kept only on lush grass, with no access to coarser forage), will look for fiber sources, such as wood. Again, it probably won’t hurt them, although horses that insist on eating wood (planks, fences, doors, etc.) are a big pain in the backside. These horses are sort of like having an over-sized pet beaver. If you’re feeding your horse hay, he’s getting enough fiber; if he’s eating wood anyway, he’s probably bored with life, and looking for something to do. And if he’s on pasture, monitor your horse carefully, and provide him a fiber source (like hay) because unlimited access to pasture is one of the most common causes of laminitis.

Horses eat manure, too. The practice is called coprophagy (I have to throw in big words from time to time—it’s what I went to school for, and I want to get my money’s worth). Eating poop (NOT a medical word) is also a practice that’s pretty harmless, and it’s pretty widespread. 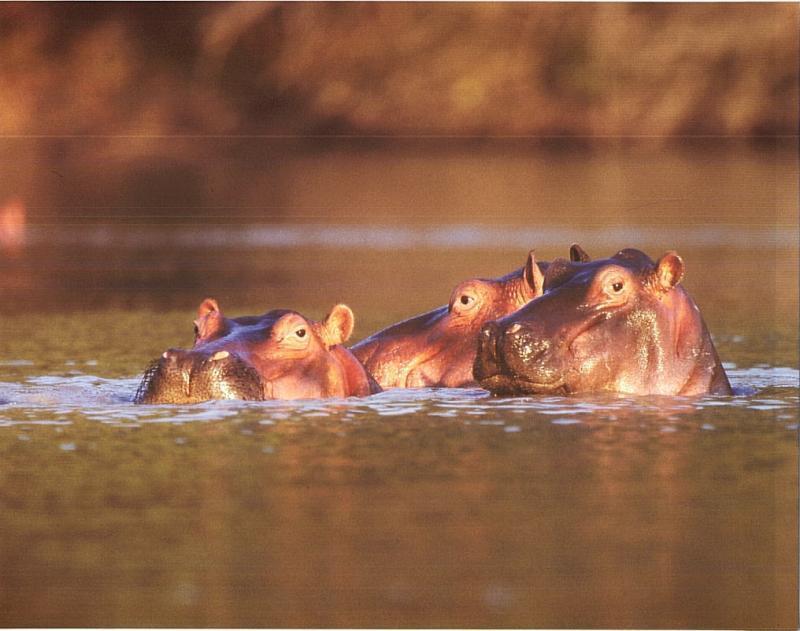 Hippopotamuses. By the way, the word hippopotamus comes from Greek for “River Horse.”

Young elephants, koalas, hippopotamuses (you can also say hippopotami, but the hippopotamuses is more correct), and pandas are among the animals—including horses—whose young eat feces. Eating feces is thought to help populate their intestines with the bacteria that help allow the young animals to digest the coarse feed that they live on. Rabbits, guinea pigs, and chinchillas eat their own feces, which are actually thought to be quite nutritious, albeit kind of disgusting.

Horse manure is reasonably digestible, as well, because it has some undigested plant material in it. Dogs eat horse manure, too, which is just one of many reasons why I don’t like barn dogs to lick me in the face.

Apes have been seen eating horse manure, presumably for the salt, although when I was in Africa, I never saw the baboons doing it. It even used to be fairly common to feed horse manure to pigs. Flies, of course, love manure. In fact, if you’re raising a horse, you’re going to be raising flies, too.

Although eating horse manure is generally harmless (and, apparently, tasty, for some), it is one way that internal parasites are transmitted. Not directly—horses don’t get parasites by consuming manure. But some people with pastured horses insist on spreading manure in their fields, and this compounds the problem of parasite transmission, because it spreads the eggs around so they can hatch into larvae, crawl up the grass, and get eaten. But in horses that are kept in stalls, with limited access to pasture (such as in southern California), the occasional bite of manure is generally harmless.

BY THE WAY: The phrase, “An apple a day keeps the doctor away,” was not, however, written about horse droppings. 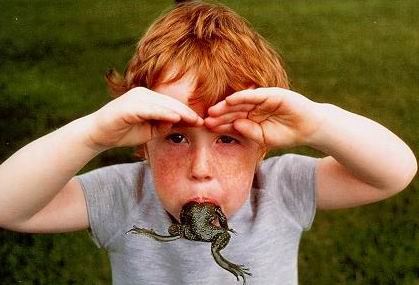 The practice of eating other weird things (dirt, hair, rocks, etc.) is called pica. It seems that lots of people get really worked up about pica. There’s this idea out there that horses have some sort of “innate intelligence” about their diet, that is, if they are missing some micronutrient, or have some sort of a vitamin:mineral problem, they will try to fix the problem on their own. That seems not to be the case.

Equine nutritionists, who, in addition to be very good at basic math, study such things, have found that horses really only seek out energy (calories—hungry horses, like hungry people, seek out something to eat), water, salt, and fiber. Horses that have nutritional imbalances typically don’t eat dirt, or other weird things, like concrete, or anything else. Such behaviors reflect curiosity and the horse’s propensity for driving its owner crazy, not nutritional problems.

There’s even research to support the idea that horses with dietary deficiencies don’t seek to correct them. (I really like it when there’s research to answer questions). For example, in the 1970’s ponies were fed diets that were deficient in calcium. Those ponies didn’t eat any more of a calcium-containing supplement than did ponies that had adequate calcium in their diets. In another research study, ponies fed a diet lacking phosphorus were given access to several different mineral salts, including those containing phosphorus. Those ponies—not nutritionally wise, apparently—actually ate more calcium, which, theoretically, would have made any mineral imbalance worse, since eating more calcium interferes with phosphorus absorption.

That said, there was a study from Turkey (I like to read) that looked at 15 horses, who either did, or did not, engage in pica. They ran blood tests on the horses and concluded that the horses with pica had lower levels of copper and iron in their blood, as well as the mathematical ratio of copper to zinc. The researchers suggested that supplementing with iron and copper might prevent pica (you can CLICK HERE to see the study abstract). Frankly, I don’t really get the study, because it seems to me that if they were eating weird things to correct an imbalance, they wouldn’t have had the imbalance, but that’s just me.

Suffice it to say that in the absence of more rigorous studies, I generally don’t think that pica is a big deal for horses, health-wise, and if your horse is getting a good diet, the chances of pica being related to some mineral deficiency are pretty small. 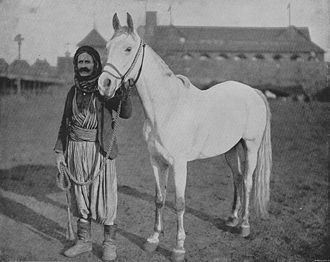 Horses kept in sandy conditions are more likely to eat sand, and colic.

Of course, eating sand is another matter entirely. In areas that have a lot of sand, such as Florida, Nebraska, Arizona, or southern California, sand colic is a problem. These horses, however, eat sand along with their feed. Some of them can accumulate so much sand (I’ve seen 70 pounds of sand in a horse’s gut in surgery) that it blocks the intestines.

And then there’s mane and tail eating, which is an absolutely delightful habit that is responsible for an almost limitless number of recipes for all sorts of awful-tasting—or very spicy—concoctions that get smeared on horses. Again, not harmful to the horse, but the sort of thing that can push an owner’s mental health over the edge.

Anyway, mostly, when horses eat weird things, it’s not a big deal. Horses are curious, and, like young kids, they put their mouths on most anything. As long as what they’re eating isn’t directly harmful to them (say, oleander leaves,* rubber fencing, or feed bags), eating weird things is more annoying, and sometimes destructive, than anything else.

If your horse is happy munching on a mouthful of shavings, then I usually say, “Good for him.” Happy is a good place to be.