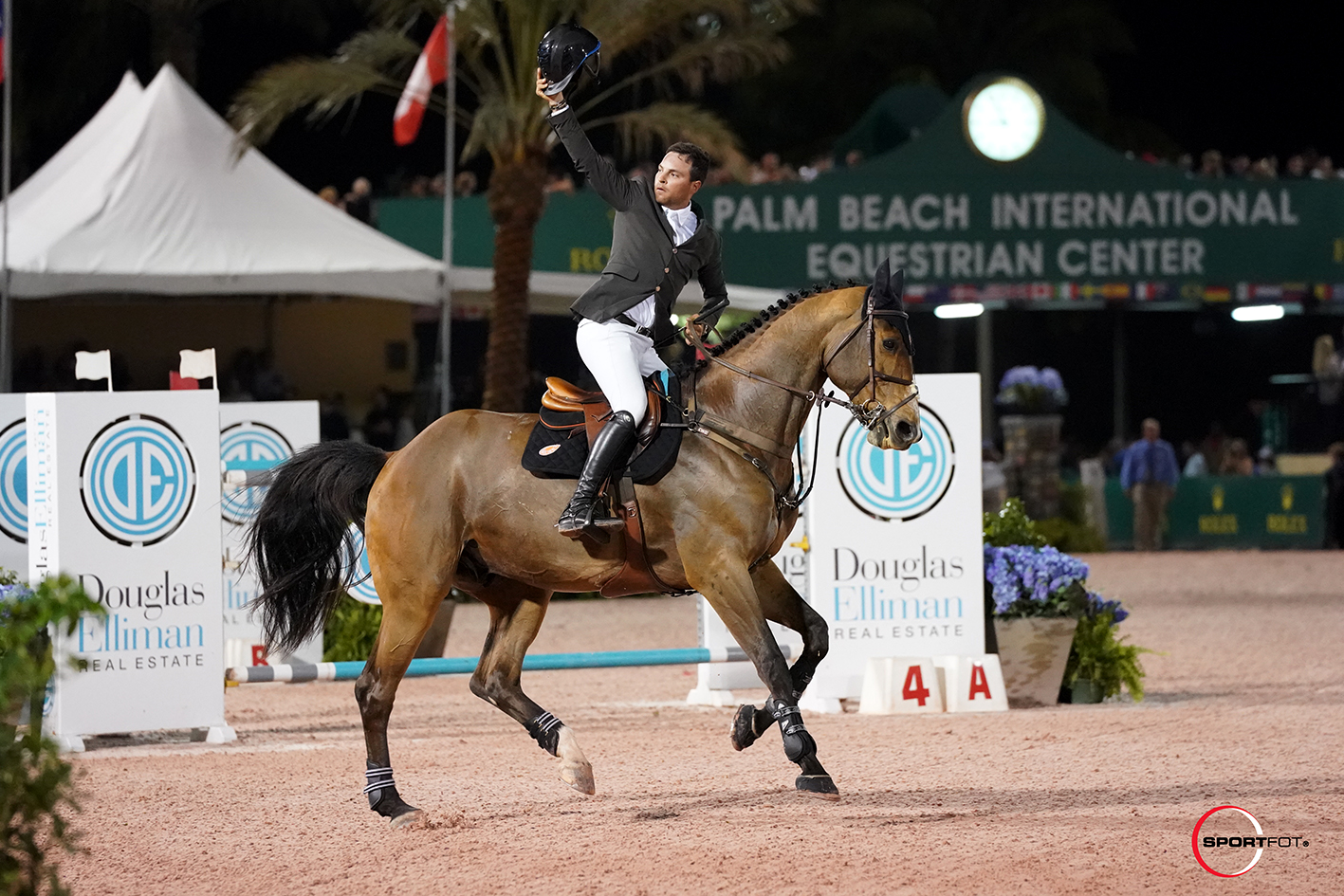 And right now Israeli show jumper Daniel Bluman is on tear of ghost pepper proportions. (That is to say, punishingly hot.)

The streak started last Saturday, when the two-time Olympian for Colombia (Bluman has since changed nationalities) led the victory gallop in the $205,000 NetJets Grand Prix CSI4* at the Winter Equestrian Festival (WEF) in Wellington, FL with his veteran partner, Sancha LS.

“This is my eighth season with Sancha in Wellington,” said Bluman at the time.

“From last year I made the plan to start the week here; to jump the 1.40m hoping my other horse would qualify me for the grand prix and I’d jump it with her. There’s one more week like this at the end of the season so I think that’s one more that I plan to jump with her. It’s good that she gets some honors because she deserves it.” 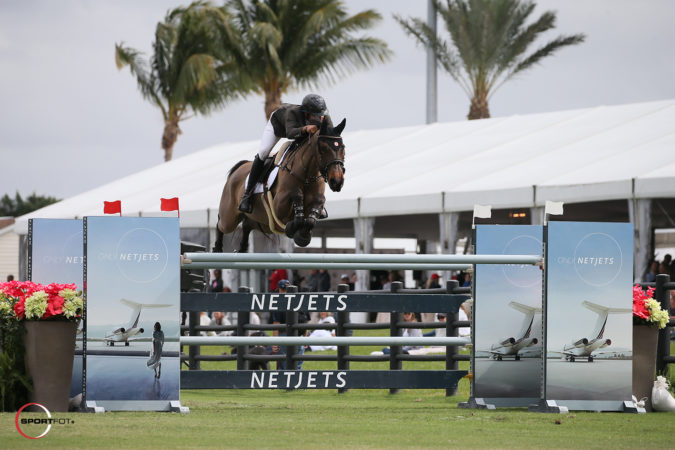 The following Friday, Bluman headed over to the Turf Tour to claim the $15,000 1.40m Grand Prix with a double clear aboard Samantha and Melissa Wight’s Esmee.

“Esmee is a new mare for the Wights, and this was her first show in the USA,” said the 27-year-old rider. “She came out a little rusty on Thursday but we decided to take her to the Turf Tour and she clearly enjoyed the experience. I am happy with her performance, and of course with winning the class.” 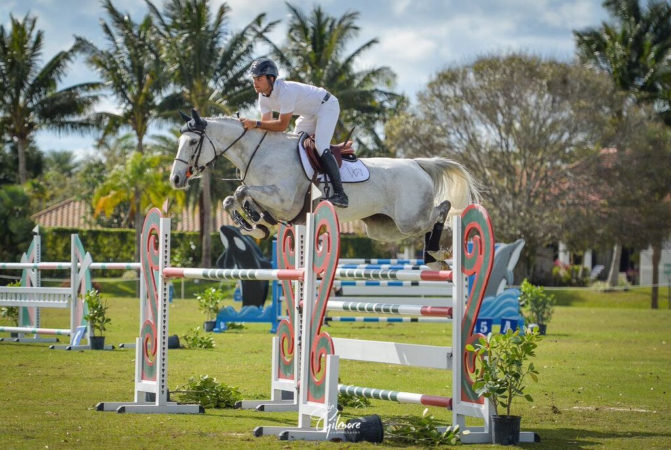 The very next night, Bluman claimed his biggest victory of the 2018 winter season to date. Riding Ladriano Z, a 10-year-old Zangersheide gelding he took over from his cousin Ilan at the beginning of 2017, he captured the first five star grand prix of the Florida season—the $384,000 Fidelity Investments® Grand Prix—on Saturday.

“This was the first time I ever had to go last or was in the last group in a 5* grand prix,” said Bluman. “I walked the course—actually at the beginning I thought the course was very nice, actually maybe too nice. I was thinking in my head that there was going to be a fast jump-off, and that was going to be the end of my chances of winning.”

He ended up the quicker round in a two-horse jump off against Olympic silver medalist Beat Mändli (SUI) and Dsarie. 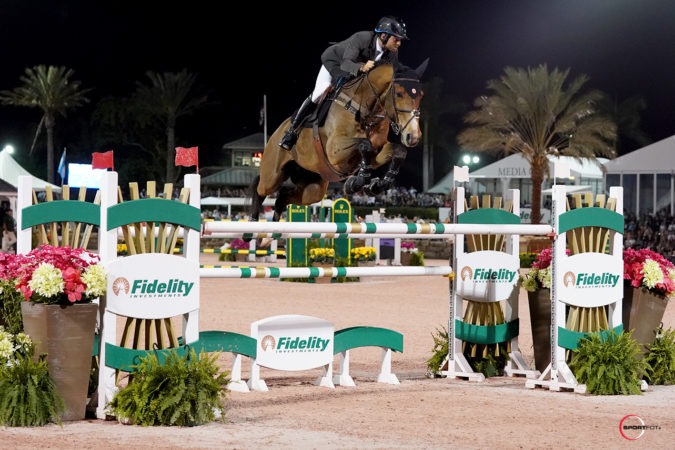 After that stellar week, it isn’t any wonder that there with tears in his eyes as the Israeli national anthem played on Saturday.

“Israel does mean a lot to me,” said an emotional Bluman.

“Like I’ve said in the past, for me to change nationalities was a big thing. I’m a very proud Colombian as well. I’ve been blessed to have been able to listen to the Israeli anthem more in the last year since I changed than ever before, so I was just sort of reflecting on that and being thankful and just enjoying the moment.”