Odds in their Favor: Expert Picks for the Longines FEI World Cup™ Guadalajara 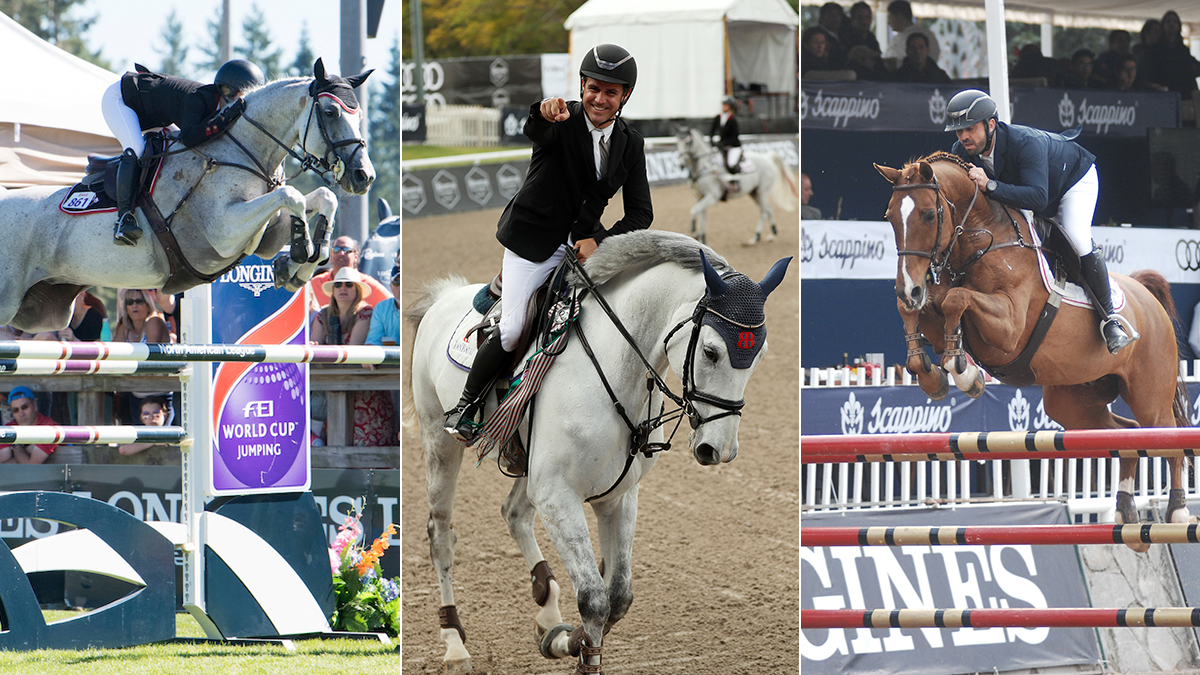 Who will win the Longines FEI World Cup™ Jumping Guadalajara? We called in equestrian sport scientist, Dr. Tim Worden, to pick his top three contenders. Dr. Worden has a PhD in biomechanics from the University of Guelph, Canada and specializes in the translation of human high-performance training theory and techniques to equestrian athletes. He, like, knows stuff.

After a two-month hiatus, the Longines FEI World Cup™ Jumping North American League is back!

This week, the West Coast sub-league takes us to Guadalajara, Mexico. I am admittedly unfamiliar with a number of the horses and riders who competed in yesterday’s qualifying class, so it was great for me to be able to sit down and watch some fresh faces compete.

Five horse rider combinations out of the field of 39 starters put in clear rounds. Ultimately, the class was won by Rodrigo Lambre (BRA) and Coleman following two well-executed rounds. Jamie Barge (USA) and Luebbo, who have had a strong World Cup season to date, finished in second with the only other pair of clear rounds. I am looking forward to some great show jumping on Saturday and predict the jump-off will be very exciting.

Below are my picks to win the World Cup Guadalajara!

Anyone who follows my forecast knows that I am a believer in Luebbo and Barge. The pair have finished in the top seven in three of the four World Cup Qualifiers they have competed in this season. The only blip in their World Cup results occurred at their last outing in Las Vegas, where they posted a three rail performance. However, this was an uncharacteristic performance for the pair. Luebbo looked electric again yesterday, putting in a seemingly easy double-clear performance. Look for Luebbo and Barge to bounce back from their last performance in Las Vegas and carry their momentum from yesterday’s great performance into Saturday’s class! 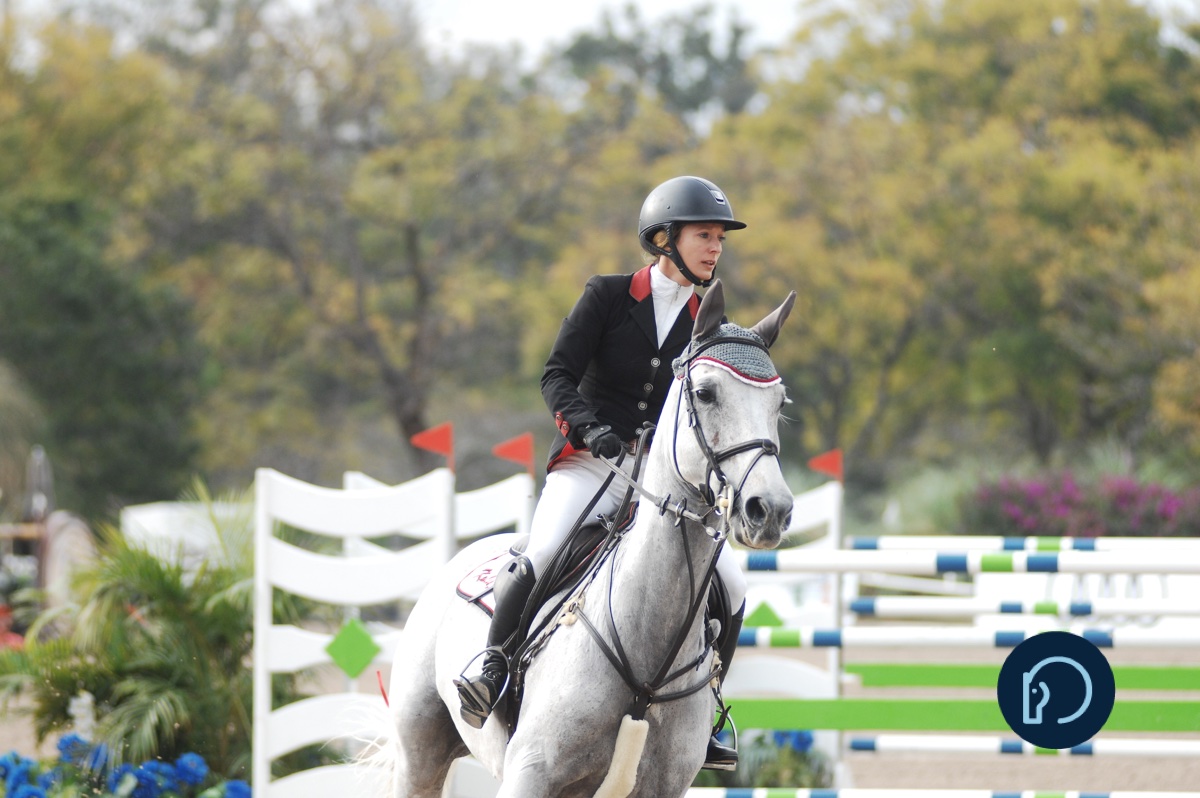 Strengths: Luebbo is careful, powerful and clever. The 13-year-old gelding is electric off the ground and seems to jump even better outdoors than he does indoors (a good characteristic for this week’s outdoor event!). Barge gives Luebbo a great ride, keeping him focused on the task at hand and working well in synchrony to give him the correct cues at the correct time. Luebbo can seemingly jump anything on course from any approach, and as long as Barge can keep him in the zone, it should be an exciting pair to watch in the jump off!

Weaknesses: The pair’s 12-fault performance in Las Vegas may concern some, but I am confident that this performance was a fluke. Luebbo and Barge have been consistently strong for multiple seasons now, so one disappointing performance does not define them. Additionally, although Luebbo does have all the skill to jump tough tracks, he can seemingly become distracted at times, which can sometimes cause him to lose form. However, Barge is the perfect rider for Luebbo, and I am confident she will keep him focused leading to a double clear performance on Saturday.

As previously mentioned, Coleman and Lambre were the winners of yesterday’s qualifying class. The pair put in two smooth rounds to cruise to the win, and it looked like there was still plenty left in the tank for this week’s feature class. Lambre finished 10th in this class last year (on a horse named Chacciama), so I am looking for him to improve on that result. Interestingly, Coleman was sixth in last year’s class with his rider at the time (Mario Oñate B), so it will be interesting to see if Lambre can improve on Oñate B’s past outing. 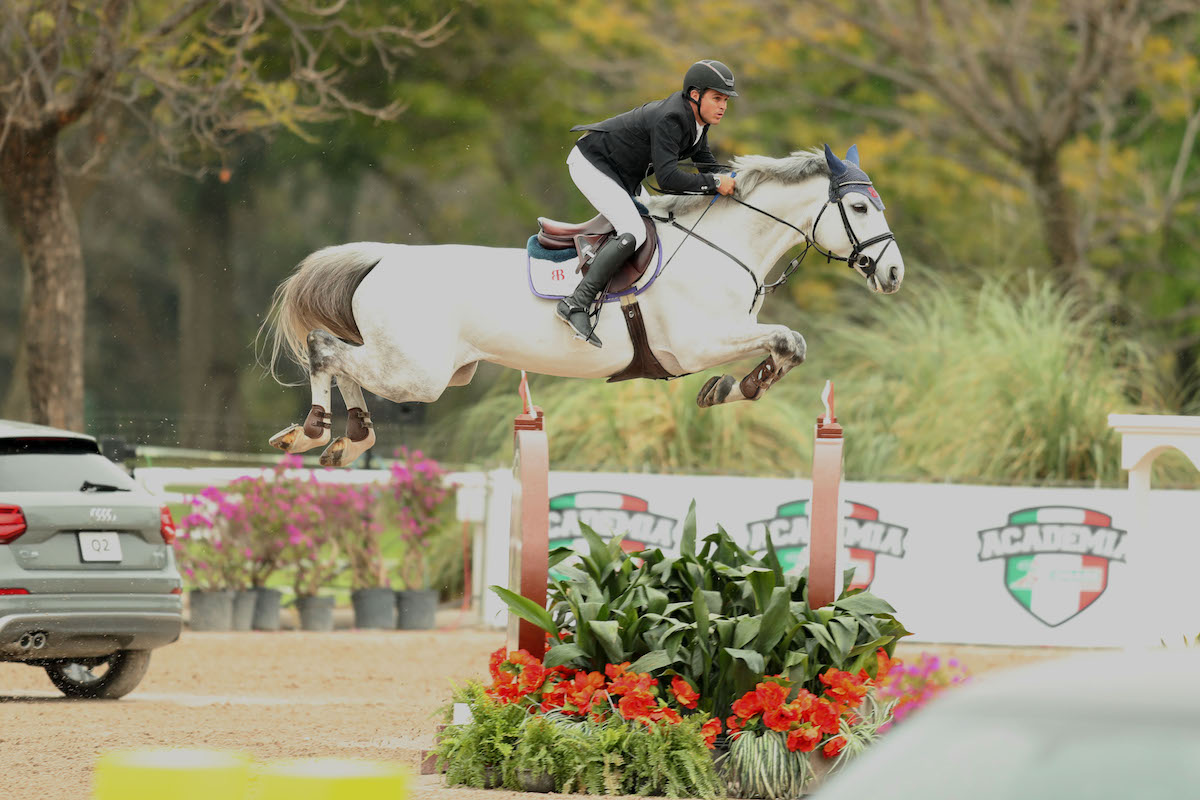 Strengths: I enjoyed watching this horse and rider compete yesterday. I really like Coleman’s body position between jumps. The 11-year-old gelding is balanced, adjustable and agile. Over the jumps, he is powerful and reads the tests well. Lambre does a great job with him between the jumps. Although Lambre has been riding the horse for less than a year, the pair already has some impressive results. After just a few weeks together, they posted an impressive four-fault effort at Spruce Meadows in a 5* Grand Prix. Since then, the pair have put in a number of solid performances, including a win in Coapexpan in October.

Weaknesses: Coleman can twist a bit in the air when giving a big effort over jumps. Although a slight twist is generally not an issue for top horses, it can occasionally lead to a “cheap” rail on course. As Lambre did so well on Thursday, he will have to focus on giving Coleman a good ride to the base of the jump to ensure the twist is not an issue. Another weakness is his competition performance for the final three competitions of 2017. When looking at these results, the duo uncharacteristically finished outside the top 10 in each class, so I am looking for the pair to return to their top form this week.

I first saw Big Red at the Winter Equestrian Festival in Wellington, FL a couple of years ago when he was ridden by Richard Spooner and was immediately impressed. Salvador took over the ride on the 13-year-old chestnut in March last year and a number of strong performances have followed. The pair put in a clear round in Thursday’s qualifying class, but unfortunately had the front rail of an oxer down in the double combination, which dashed their chance to win. Given the pair’s competition history, I feel confident that they will put in another strong performance this weekend. 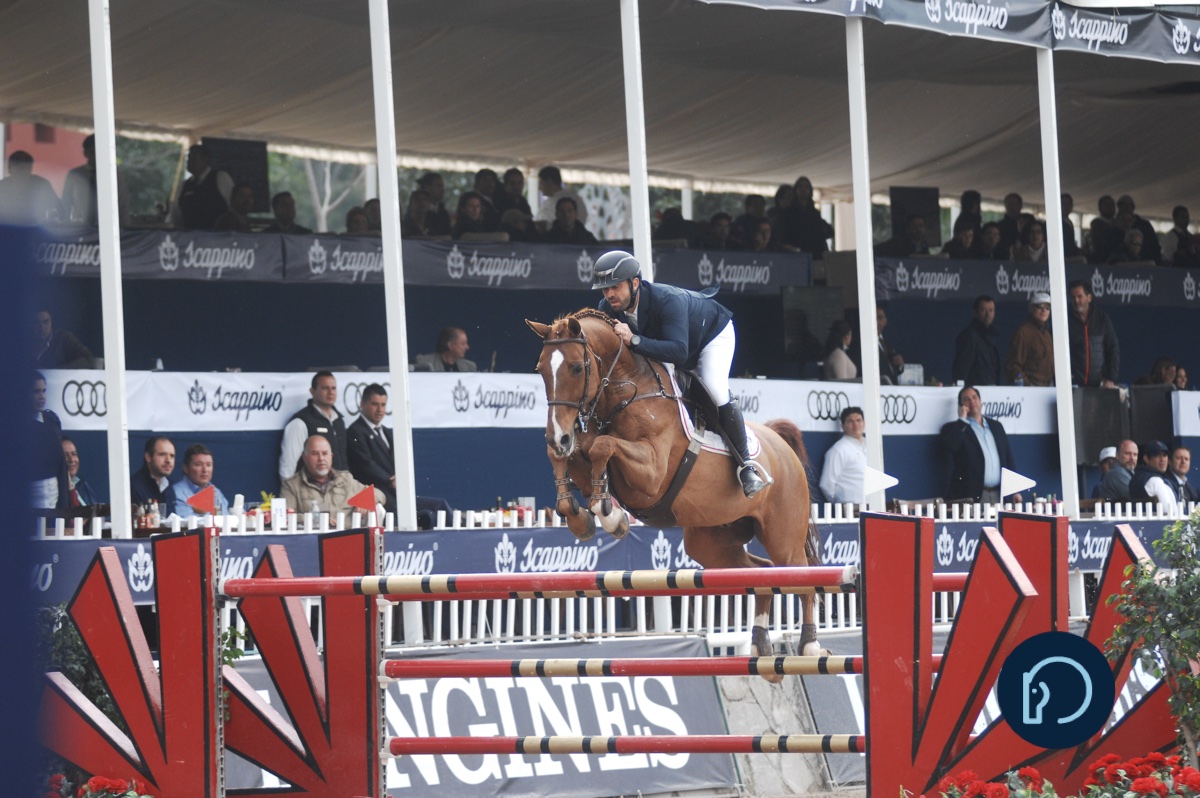 Strengths: Big Red has had top results in some of the biggest classes in the world with a number of different riders. Since taking over the ride, Onate and Big Red have been cultivating their partnership with numerous clear rounds at the 1.45m level. The pair looked comfortable together yesterday and, as they step up to jump in bigger classes, their trend of clear rounds should continue. Big Red is powerful over the jumps and has elite natural balance. Onate does a great job harnessing Red’s enthusiasm on course, and the pair looked very in sync on Thursday.

Weaknesses: Big Red’s enthusiasm does seem to be challenging to harness at times. Although Onate does a great job of keeping him focused, rails on course are likely to come from some of his distractions. Another weakness is his result in the last bigger class he competed in. The pair is very consistent producing clear rounds at 1.45m, but had eight faults in the last 1.50m+ class they attempted. However, that result came in a difficult class that only obtained three clear rounds, so I don’t read into it too much. Onate and Big Red looked great yesterday, and I anticipate a top three finish this weekend.

I have chosen this pair a few times this season to place and they are usually quite consistent. Yesterday seemed to be an outlier, however, as Catypso and Eric posted an eight-fault round. The duo had the B element down of the triple combination, as well as a skinny vertical after the combination. Although it is always risky to choose a two-rail horse to go clear in the week’s big class, Navet is an incredible horseman and I am sure he will correct the issues for Saturday. Of Catypso’s last six classes, he has been inside of the top 10 four times, including two top three finishes. Look for the strong performance by this partnership to continue this week. Strengths: In the past I have commented that Catypso is patient and methodical in his jumping. Although he looked a bit rushed at times on Thursday, he also had some fantastic jumping efforts and looked dominant at some points on course. Given Navet’s competition scheduling, it looks like the World Cup Final is a goal for the pair, and I have complete faith that he will have a great plan for Catypso that will put him in the best position to succeed on Saturday.

Weaknesses: Catypso is on the younger end of the spectrum (11) and does not have the same experience to draw upon as other horses in the field. Some of this inexperience may have contributed to his two-rail performance in the qualifying class, as he never looked completely settled. That being said, his second place finish in the World Cup Del Mar back in October was preceded by a 17th place finish in the qualifying class, so there is precedent for this horse-rider pair to bounce back with strong performances!