Developing Your Eye for Distances with Bernie Traurig 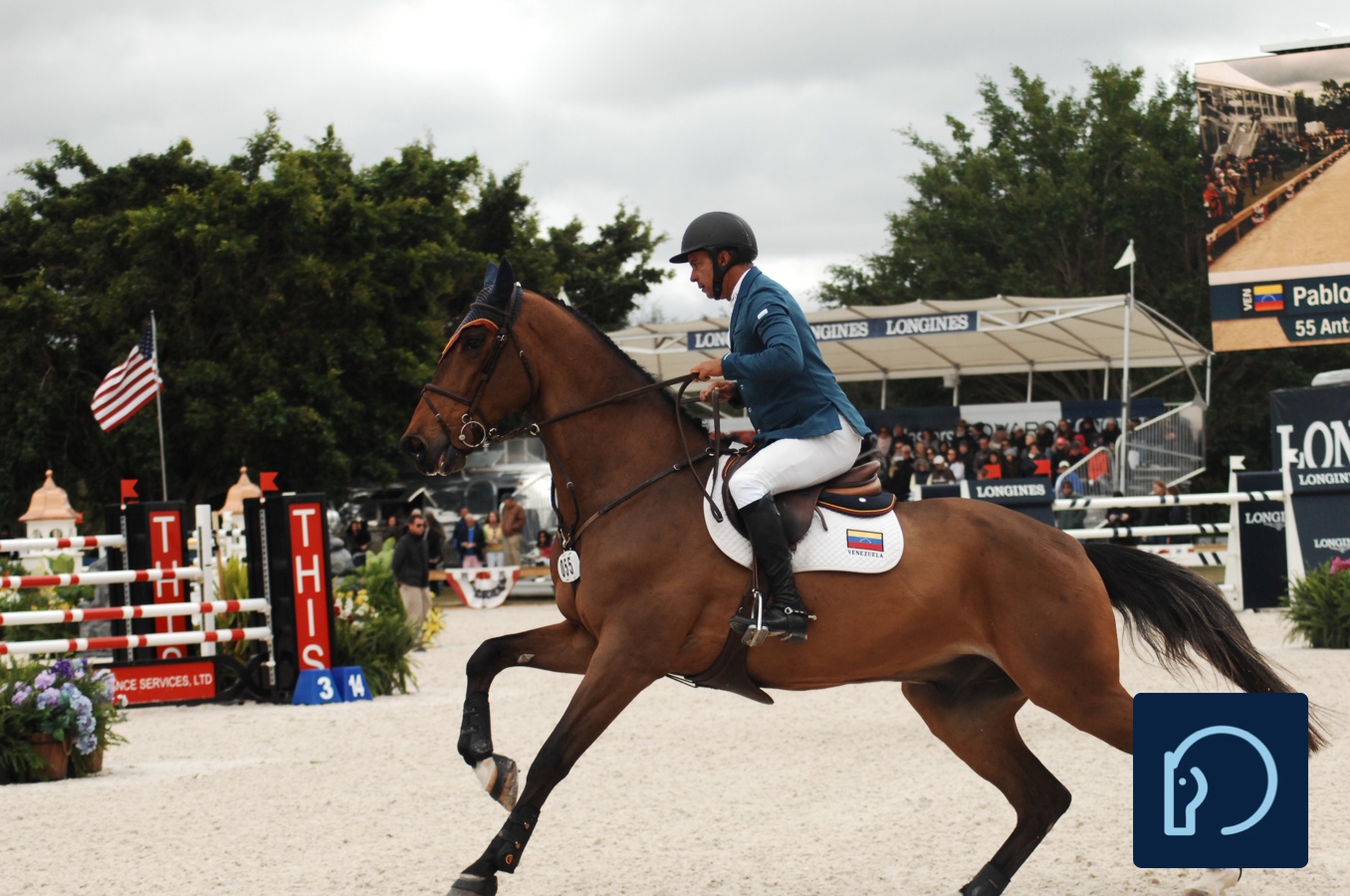 Over the course of his impressive career, Bernie Traurig is perhaps most renown for having achieved in four equestrian sports what most riders hope to realize in one.

He’s been short-listed for the Olympic teams in show jumping, eventing and dressage. He claimed both the AHSA Medal and the ASPCA Maclay Finals as a junior. And he’s been inducted into the National Show Hunter Hall of Fame.

It’s no exaggeration to say that Traurig is one of the most versatile riders to ever set foot in a jumping ring. So, when he says that having an accurate eye for distances is a skill not an inborn talent, it’s likely he knows something about it.

“I think an eye is something that can be highly developed through exercises. It could be true that some people have a better sense of depth perception than others,” says Traurig. “But I find that a lot of people, like myself and my daughter, were not people born with a great eye.”

In fact, Traurig says that the first time he remembers actually seeing a distance three strides away from a jump, he was 13.

“I went through a period of time as a junior, especially at 14, when I made wrong decisions, like we all do. The hunter courses in those days the last jump was a long way off and I’d see what I thought was the forward one, go for it and chip,” he recalls. “I made my father crazy!”

“Littauer used to draw lines on the ground; at a normal 3’3” jump he’d put the take off line about six feet off. He’d say try to ride to that line. Then he’d put one 12 feet away, so one stride from that take off spot, and say try to ride that line. He’d repeat that until we’d get two strides away, then three strides away (36’ from the six foot take off spot). That exercise helped me a lot when I was 14,” says Traurig.

Today, Traurig uses modified versions of the same exercise with poles and cavalettis.

“Our goal is to arrive at the correct take off spot, with the right balance, speed and impulsion for the size and width of the jump,” says Traurig.

On courses over three feet high, “the spot” is generally measured about six feet away from the jump.

“When we start we’re happy to see a distance one stride out, two strides out. As we gain experience through exercises, that eye develops and over time we can recognize that take off spot six, seven, eight strides out,” he says.

Using poles and cavalettis in place of jumps, set lines, singles, even courses to exercise your eye.

“Use a pole on the ground if your horse jumps poles well or you don’t happen to have any cavalettis. If he’s not impressed by a pole, set a jump with an eight inch pole,” says Traurig.

Step 3: Play with the distance

“That works for a normal horse with a normal canter,” he says. “If the horse has a short stride or a long stride, adjust the distance.”

You can also play with the distance to make the exercise more challenging.

“As an amateur or young rider you don’t get the practice a professional gets riding ten horses a day jumping, jumping, jumping. So you have to devise ways to maximize the development of your eye,” says Traurig.

“If you school twice a week with your trainer and jump maybe 30 jumps each time, so 60 jumps a week for four weeks, you have 240 jumps in a month to exercise your eye. That’s nothing. Go out there every day and practice these cavalettis. I don’t think it takes anything out of your horse to practice this everyday. It’s not like jumping big jumps.”

Study other horses at horse shows. “You can see distances from the ground sometimes a lot easier than you can from the tack. You start to be able to see five strides out and know where that horse is going to end up. Watch to see what the rider is going to do about it. Analyze that. That’s helpful,” says Traurig.

For video footage of this and other exercises you can incorporate into your flatwork to develop your eye without overworking your horse, go to equestriancoach.com. 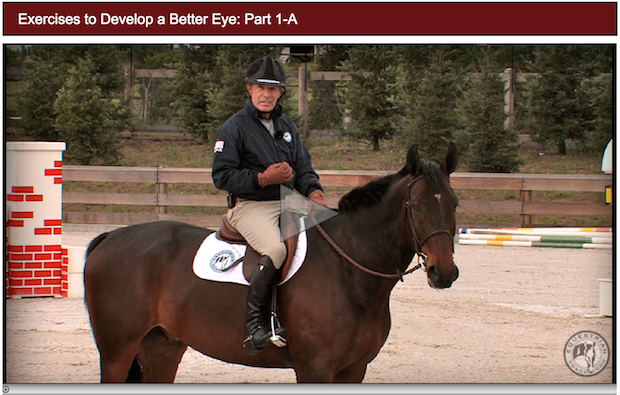 For more on developing your eye for distances with Bernie Traurig, check out “6 Common Mistakes Riders Make Looking for the Distance.”