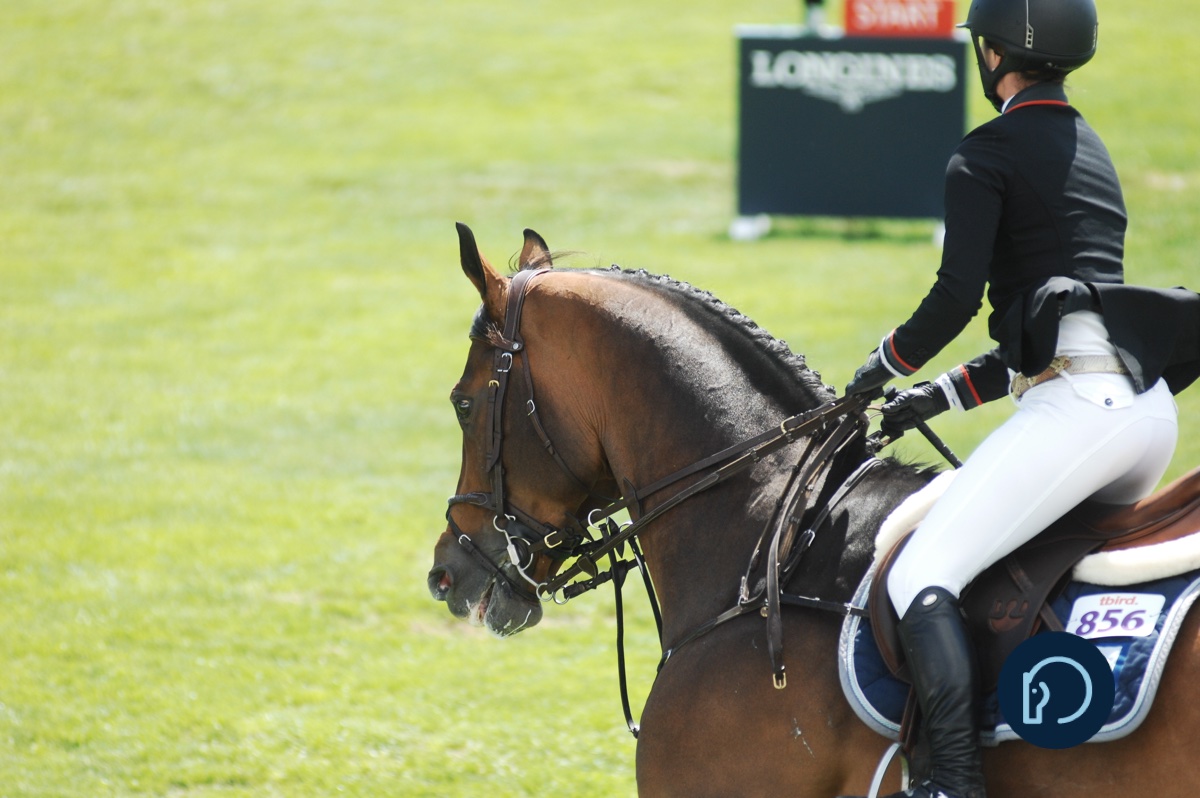 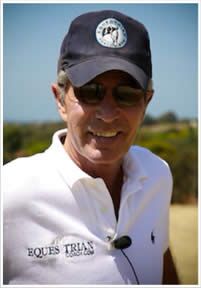 The goal is to become proficient at recognizing and executing all three distances. “You have to experiment with both ends of the spectrum. The ones that are very forward, you have to experiment until you and the horse both believe you can do it smoothly. Same with the adding strides to the jump,” he says.

Unfortunately, in the effort to find the correct distance many riders get in their own way or that of the horse.

Here are the mistakes Traurig says are most common:

1. Interfering with the horse too much

A rider who “picks” to the jump becomes too involved in setting the horse up for the correct distance and ends up getting in the way.

“I think those riders need to relax a little bit and remember that a horse has an eye on its own, especially an athletic horse,” says Traurig. “A horse that is really an athlete can easily leave from a long spot or get a little deep, pat the ground at the base of the jump and quickly shorten his stride.”

2. Sitting in a “backward” seat

For jumping and galloping, in general, Traurig advocates the forward seat.

“Don’t be seated on your butt looking for forward distances. It’s non-productive,” he says. “Get up in the your half seat, stay light on the reins and you’ll find the distances come to you easier.”

3. Not reacting instantly to what you see

“When you see the distance, the sooner you use your aids—your leg to go forward or your fingers to shorten the stride—the more successful you’ll be finding that distance. If you’re wondering and late a stride, it usually doesn’t work,” he says.

4. The horse is not reactive

“If your horse is behind the leg, it discourages the rider from wanting to execute the forward distance. The horse has to be instantly reactive to the breath of the boot on his hairs and has to be obedient from the hand to shorten its strides to pressure from the fingers. If we’re too passive about shortening or lengthening we’re going to get there wrong,” says Traurig

5. Not looking at the jump

“I find this a lot in clinics. I’ll watch a rider’s eyes going to a jump and they are looking up at the trees. How in the world are you going to find the distance to that jump when you’re looking at the top of the trees?” he asks.

“Focus on the top rail until you’re confident in your spot, then maybe a stride away or as your horse leaves the ground your eye level goes up.”

Look early, says Traurig. “The earlier you can adjust the better the outcome. Take a person like Rich Fellers, Eric Lamaze, Ian Millar, watch how early they look for the jump and how far back they make their adjustment. Study those people. A lot of us are too late in looking,” he says.

“The advanced rider adjusts his horse, invisibly, to arrive three strides away from the take off spot dialed in with that distance, leaving fine tuning only for the last three strides.”

For video footage of this and more training exercises, go to equestriancoach.com. On now, check out EquestrianCoach.com’s 10-Year Anniversary Sale on Lifetime Memberships ($399.99)! Available only until September 15, 2019. 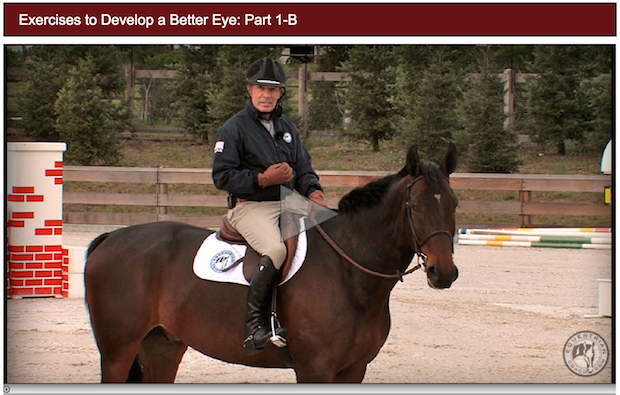