Who will win the Longines FEI World Cup™ Jumping Lexington? We called in equestrian sport scientist, Dr. Tim Worden, to pick his top three contenders. Dr. Worden has a PhD in biomechanics from the University of Guelph, Canada and specializes in the translation of human high-performance training theory and techniques to equestrian athletes. He, like, knows stuff.

The horse and rider combinations in the $130,000 CP International class last night were impressive.

Of the 43 horse-rider combinations that competed, I feel 23 (just over 60%) have a good chance to go clear and potentially win in Saturday’s World Cup Qualifying class. The good news is that this will make for an exciting and interesting class on Saturday. The bad news is that it makes my job of picking the winner very challenging!

This is a new partnership that I watched for the first time last night, and their performances as of late demonstrate a bright future for the pair. McLain Ward has only been competing with Cartouche since August, and last night was just their fifth FEI ranking class together. Ward is an excellent rider and is figuring out the optimal program for Cartouche, and I expect many top results in the future for this pair. 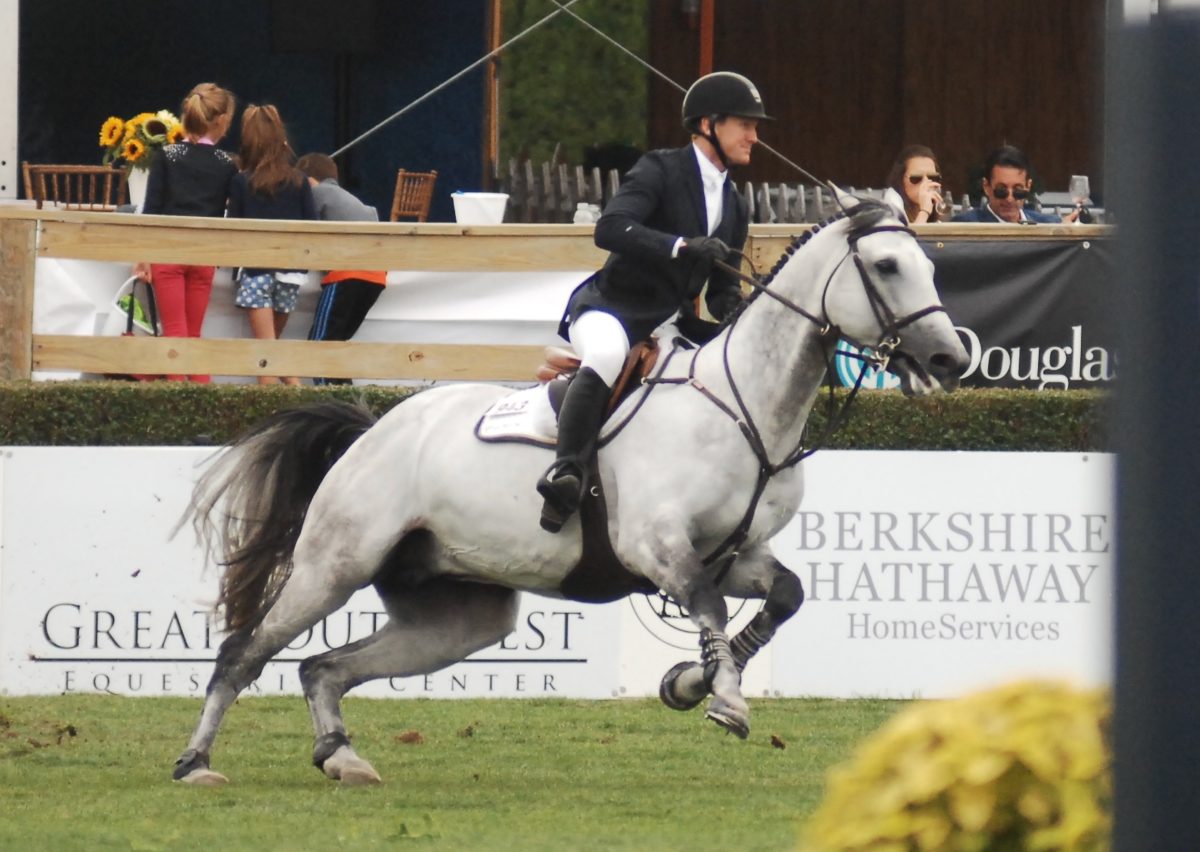 Strengths: This ten-year-old stallion is a very powerful horse and Ward is doing a great job of harnessing his motor. Further, aside from a four fault performance in their first class together, Cartouche and Ward have posted clear first rounds in every class they have entered. Another strength of this pair is Ward—whenever he’s in the saddle you can always expect a good result!

Weaknesses: Cartouche struggled with his previous rider, where a 12th place finish was his previous best result. So immediately one thing is clear: he’s not an easy horse to ride! Cartouche’s power was on full display on Thursday night—at times it looked like he was getting away from his rider a bit, which is an impressive feat given that Ward is one of the fittest and most effective riders in the world. Cartouche and Ward had eight faults in the jump off, and my concern is that Cartouche still needs a lot of work to improve his rideability. Ward is one of the smartest riders out there, and, no doubt, he will have some solutions to deal with this on Saturday.

Just like last week in Washington, I am again picking Confu and Laura Kraut to place in Saturday’s World Cup Qualifier. The pair were double clear again last night and placed second (the same result they had in the Thursday class last week). The more I watch this pair, the more I am impressed. I think you will see Kraut and Confu becoming a mainstay on US teams for major championships in the near future. 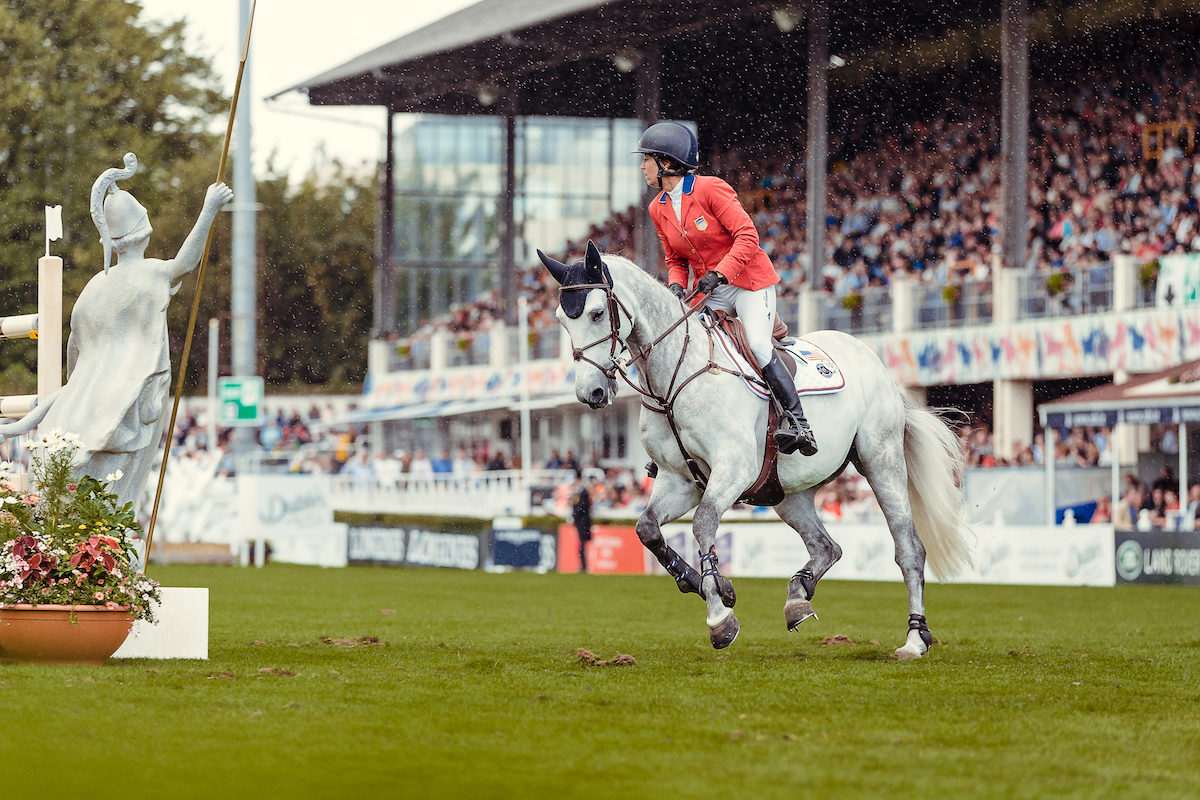 Strengths: Confu is powerful, willing and adjustable. The ten-year-old gelding and Kraut make their rounds look effortless. He listens well to Kraut’s cues, and he has the power needed to jump wide oxers and the bodily awareness for careful verticals. Kraut is an accurate rider who has developed a great bond with Confu. The pair consistently perform clear rounds and they had a very solid indoor season last year, indicating the smaller indoor rings are not an issue.

Weaknesses: I have to mention the pair’s eight fault performance in the World Cup Qualifier last week in Washington. I had picked the pair to place, but instead they got into trouble in a triple combination, having the B and C elements down. The triple combination was set along the wall in that class, and I wonder if it was a bit of a green moment for Confu—perhaps something outside of the ring caught his eye causing him to lose focus. Also, as I mentioned last week, Confu can be inconsistent with his jumping technique, which can sometimes make it a bit more challenging for Kraut to get his body in the correct position relative to the jump. Overall, this is an amazing pair, and I don’t think you will see another eight fault performance from them anytime soon.

Carrabis Z and Richie Moloney were the first combination to go in the $130,000 class last night, and unfortunately they had an early rail on course. It is always difficult to be the first in the ring as you do not have the opportunity to watch how the lines will ride, which may have predisposed this pair to that rail. Over the rest of the course, they jumped quite well and looked focused. Carrabis and Moloney are one of the more experienced pairs in the field, and have won a number of major Grand Prix titles over the past few years. 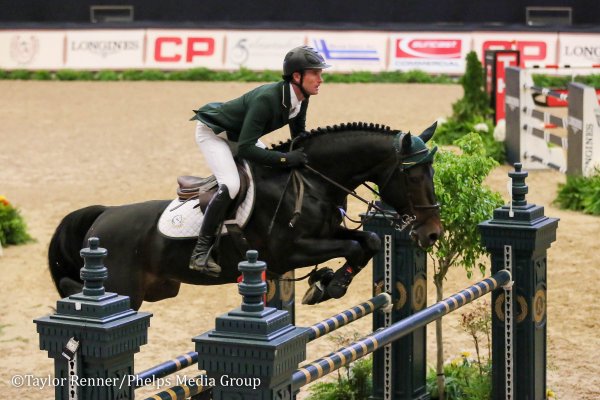 Strengths: This 14-year-old stallion is compact, agile and careful—the perfect combination of traits for competing well indoors. Carrabis and Moloney have been partners for five years and know each other very well. They had a spectacular 2016 season where they won two big Grand Prix and logged nine additional top ten finishes in FEI ranking classes. Moloney has great technique and is able to get Carrabis to the perfect takeoff location for each jump on course, which can sometimes be a difficult task with this stallion.

Weaknesses: The pair does not have many chronic weaknesses. When they are in the zone, they are among the best horse–rider duos in the world. Last night, I would have liked Carrabis to respect the verticals more than he did. He had one down, and he was close to a few more. When you look back at recent competitions for Carrabis and Moloney, they are either on fire or cold as ice. That is, their results tend to come in clusters—either they will have a few top ten placings in a row, or they will be in a rut in back-to-back classes. The pair had two good results in Tryon a few weeks ago, and besides the one rail they looked quite good last night, so I am banking on them staying in the groove tomorrow!

I appreciate that it’s odd to have the winner of last week’s World Cup Qualifier in Washington as my Wild Card pick. However, when you look at the nine-year-old mare’s competition results, it’s clear she still needs to become more consistent with her performances before she can be considered a consistent top pick. In Thursday night’s class, Dsarie and Beat Mandli performed well, going clear in the first round and having a single rail in the jump off. They appear to be peaking at the right time and, after two great rounds in a row, are poised for a third. 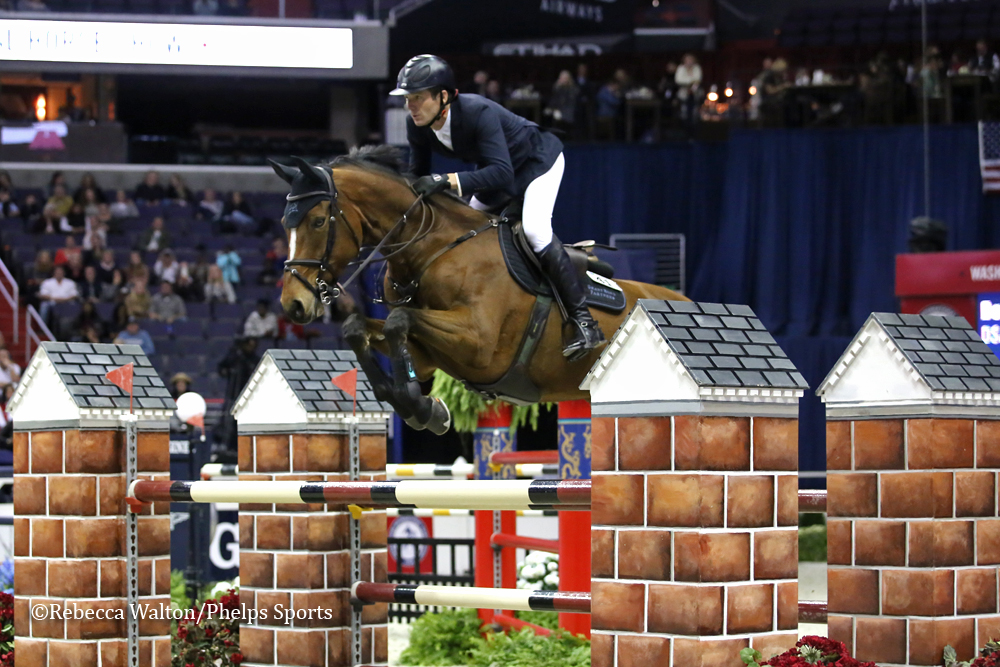 Strengths: It is evident that Dsarie has been carefully trained and developed by Mandli. The pair work very well together and the mare is very responsive to all of her rider’s cues. She reads each jump on course well, and Mandli does a great job of allowing the mare to work her magic on course. Mandli is great to watch because he is so smooth, the horses love him and try their best for him.

Weaknesses: As I alluded to above, the competition history for Dsarie and Mandli is not very impressive compared to many other horse–rider combinations in the field. Since June, they’ve had at least one rail in eight out of 14 classes they have competed in. Although these variable results are to be expected whenever a younger horse is moving up in competition level to jump bigger classes, it does make it harder to predict when the good results will come versus the bad. However, Mandli is a top jockey, and the pair have looked very comfortable indoors as of late, so I think this pair will be in the hunt on Saturday!

Watch the Longines FEI World Cup™ Jumping Lexington LIVE on horsenetwork.com/live and on the Horse Network Facebook Page this Saturday at 7:00pm ET!