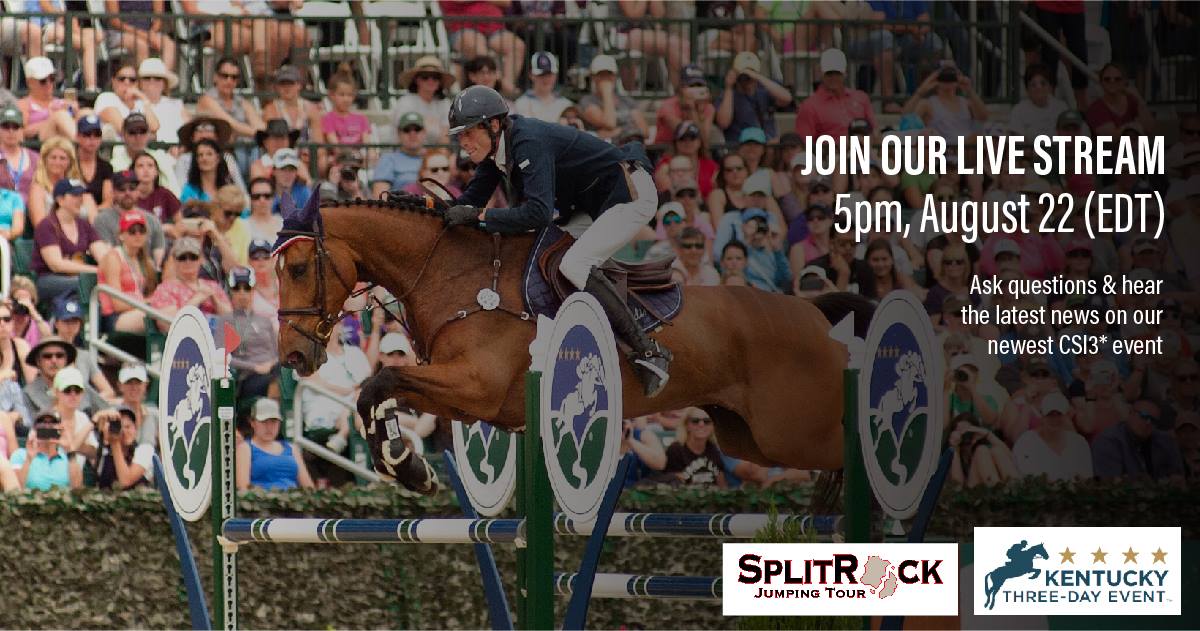 “We are thrilled to add a major FEI show jumping Grand Prix to our internationally-recognized event,” said Stewart Perry, President of EEI. “For almost four decades, equestrian sports fans have traveled from all over to see Eventing’s best riders and horses and now they will have a chance to see show jumping’s best at the same time. I think it’s safe to say that the ‘Best Weekend All Year’ just got even better!”

In addition to the $225,000 Invitational Grand Prix, which will feature 30 international riders, there will be a $35,000 1.45m FEI ranking class on Friday afternoon following the completion of the CCI’s dressage competition. Guilherme Jorge, show jumping course designer at the 2016 Rio Olympic Games, will be course designer for the CSI.

“The Kentucky Three-Day Event is well established as one of the world’s premier equestrian events,” said Derek Braun, Founder and CEO of the Split Rock Jumping Tour. “We are so excited to join forces with EEI and do what we can to put on a show jumping event of the same magnitude. This will be a huge boost for the sport of show jumping in America to capitalize on the incredible atmosphere that the Kentucky three-day event has established!”

“EEI is committed to presenting international equestrian competition at the highest level,” said EEI Executive Director Lee Carter. “So we jumped at the chance to be able to present world-class show jumping to the many thousands of fans already at our three-day event. Derek Braun helped bring this about and we’re looking forward to working with him on what will no doubt very quickly become one of show jumping’s premier events.”

“The success of our events is a strong endorsement of the way we present the sport of show jumping,” said Braun. “We are excited to partner with EEI to present show jumping as a truly entertaining sporting event in a way that has previously been missing in the U.S.!”