Maria Manfredi Is Finding the Magic in Omaha 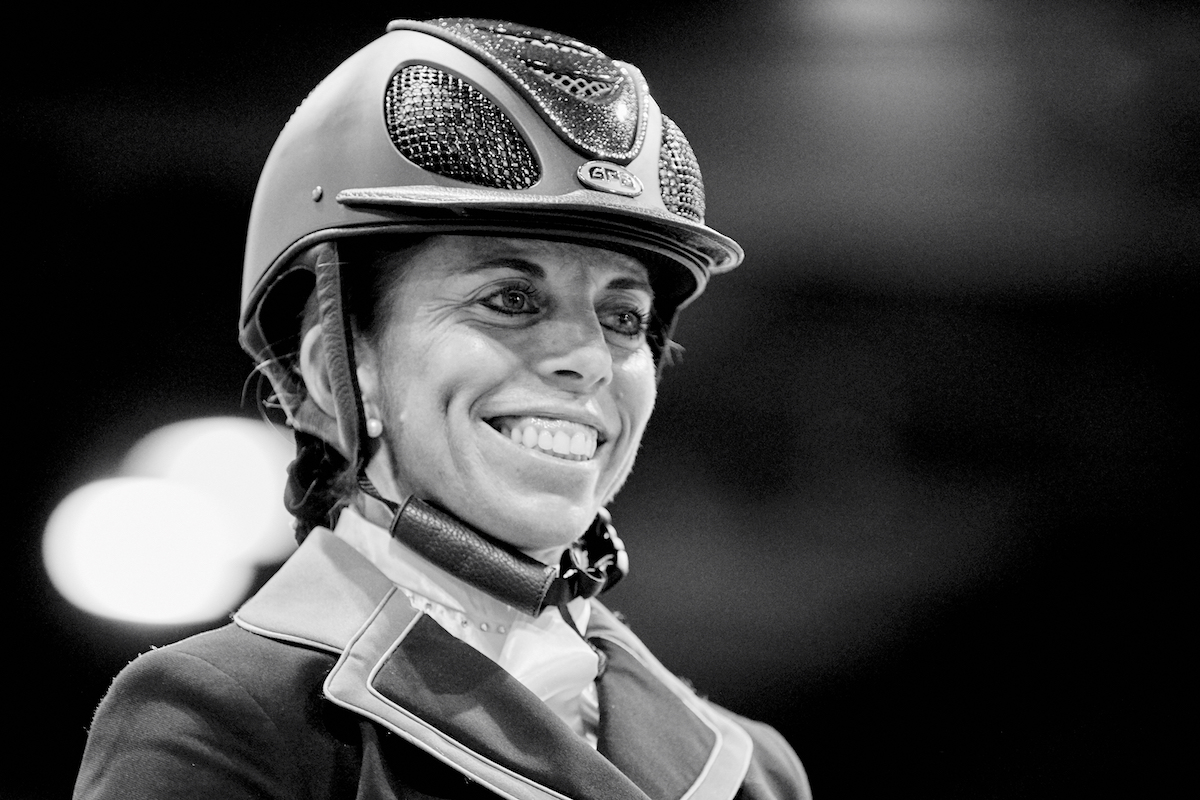 Entering the arena for your maiden voyage on the big stage of your first ever FEI World Cup Finals would be enough to cognitively capsize the average equestrian.

The lights are bright, the shadows aplenty, the world a-watching. Maria Florencia Manfredi, however, is no average equestrian.

Not only did the 34-year-old Argentine make her Dressage World Cup Final debut on Thursday in Omaha, she became the first Argentinian to ever compete in the event. Notching a score of 66.5% in Thursday’s Grand Prix, Manfredi and her titanic bay gelding Bandurria Kacero didn’t make a dent in the leaderboard, but that did little to dampen their spirits.

“I feel incredible,” Manfredi said following Thursday’s Grand Prix. “The whole day I was very relaxed. The horse was happy, we had one or two mistakes, but I’m really having the week of my life.”

“People come here to see the horses and see us, so I think we need to show them a little respect,” she said. “If they want to come and say ‘hi’ and pet the horse, I think that’s good for the sport.”

Where Manfredi really stands out among her peers is with her relatively diminutive entourage. She’s essentially a one-woman show. Even when that show is the World Cup Finals.

Her hands-on everything approach is more impressive when you consider what she’s working with. Coming in at 17.3 hands, Bandurria Kacero is one of the bigger horses in Omaha. When standing next to his compact rider he takes on the look of a clydesdale.

“He’s very big with a lot of energy,” Manfredi beamed. “It’s fun, but he can be a little wild. Going back to the stall he was rearing. In the jog, he was crazy. But that’s normal for him, and he’s happy and I want him to be a horse.”

Although they hail from Argentina, the pair put themselves on the World Cup radar with an impressive winter spent in Wellington. A necessity, Manfredi explains, as there are no CDI’s back at home.

Manfredi is hopeful for an opportunity to compete in the 2018 World Equestrian Games in Tryon, and plans to keep her big horse here in the States in the meantime. Until then, she’ll be revelling in the moment.

“This is my dream going in there, with all these big names. Edward [Gal] is riding after myself, can you believe that?! I was riding with him the other day, I felt like a little kid at Christmas! Can I touch him?! Can he give me that magic he has?! He’s so talented I want his magic!”

Listen to her speak though and it’s clear she already has a little magic of her own.

Manfredi now advances to the Freestyle on Saturday. Watch the class live at 13:50 CT on FEI TV.