Dressage Is Not Brain Surgery

Home > Blog > Books and Film > Dressage Is Not Brain Surgery 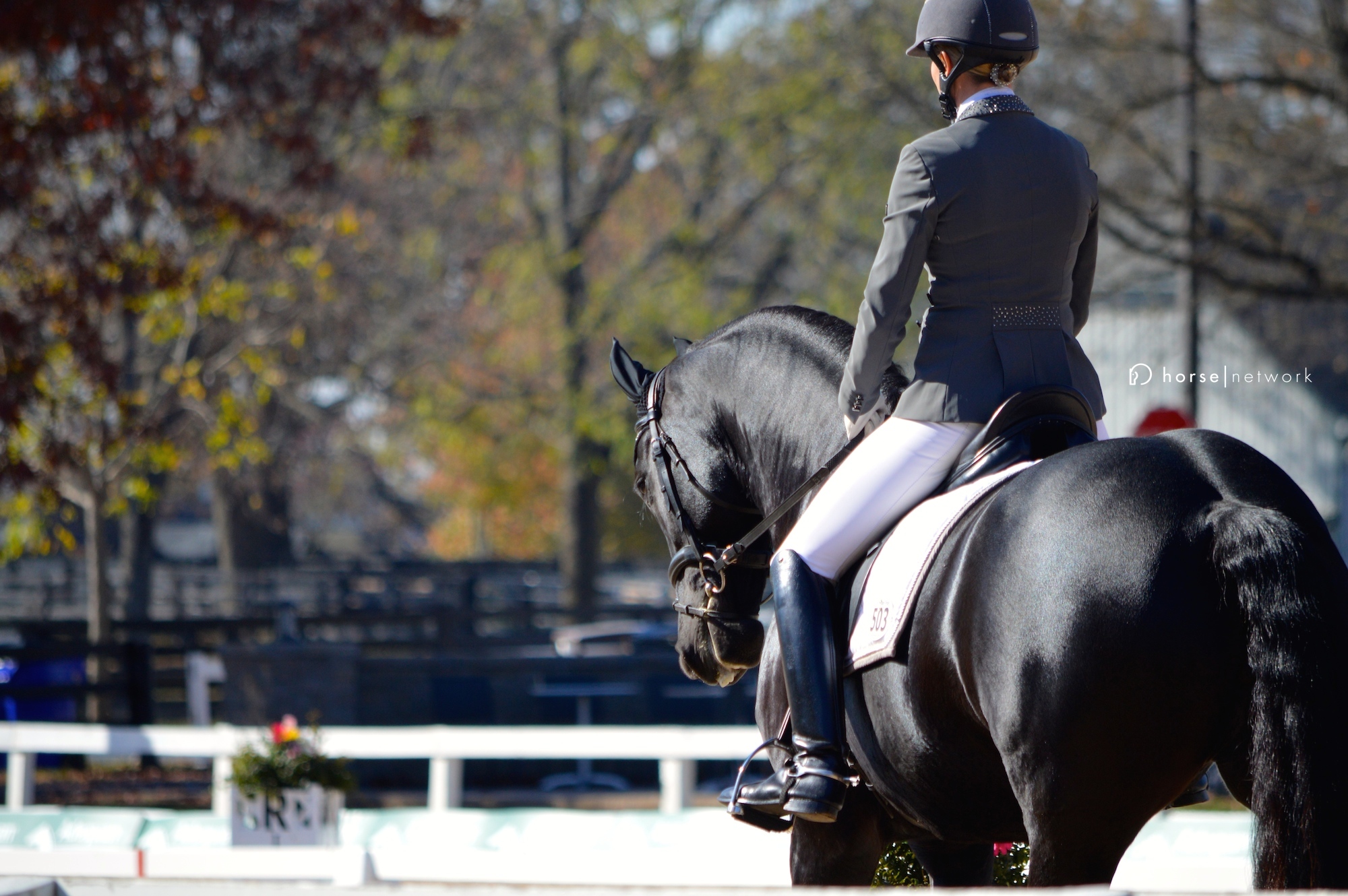 That’s right. As FEI/USEF dressage judge Janet Foy says in her book Dressage for the Not-So-Perfect Horse, “No one will die if you make a mistake. No one has had their life ruined over an incorrect half-halt.”

Her point is that above all and most importantly, we should be having fun when we ride. And all too often we see riders who are angry and frustrated with themselves—or worse, with their horses—and clearly NOT enjoying their time in the saddle. Sure, we’ve all had a bad lesson or a bad test at one time or another, but Janet’s point is key: don’t make that flubbed lead change out to be more than it really is (a learning experience for both of you).

In Dressage for the Not-So-Perfect Horse, Foy gives us a couple of key Rules to Ride By to make darn sure we actually are having fun up there.

Dressage is a journey. I wish I had the body and stamina I had when I was 20 and the knowledge I have now. I often joke that in my next life I’ll be tall and blonde and my thighs won’t touch! We all have a dream, but in the meantime we need to make do with what we have been given.

This “make do” refers not only to our own riding ability but also to the physical and mental ability of our “not-so-perfect” horses. As a judge, I love to see happy faces at the end of a ride. 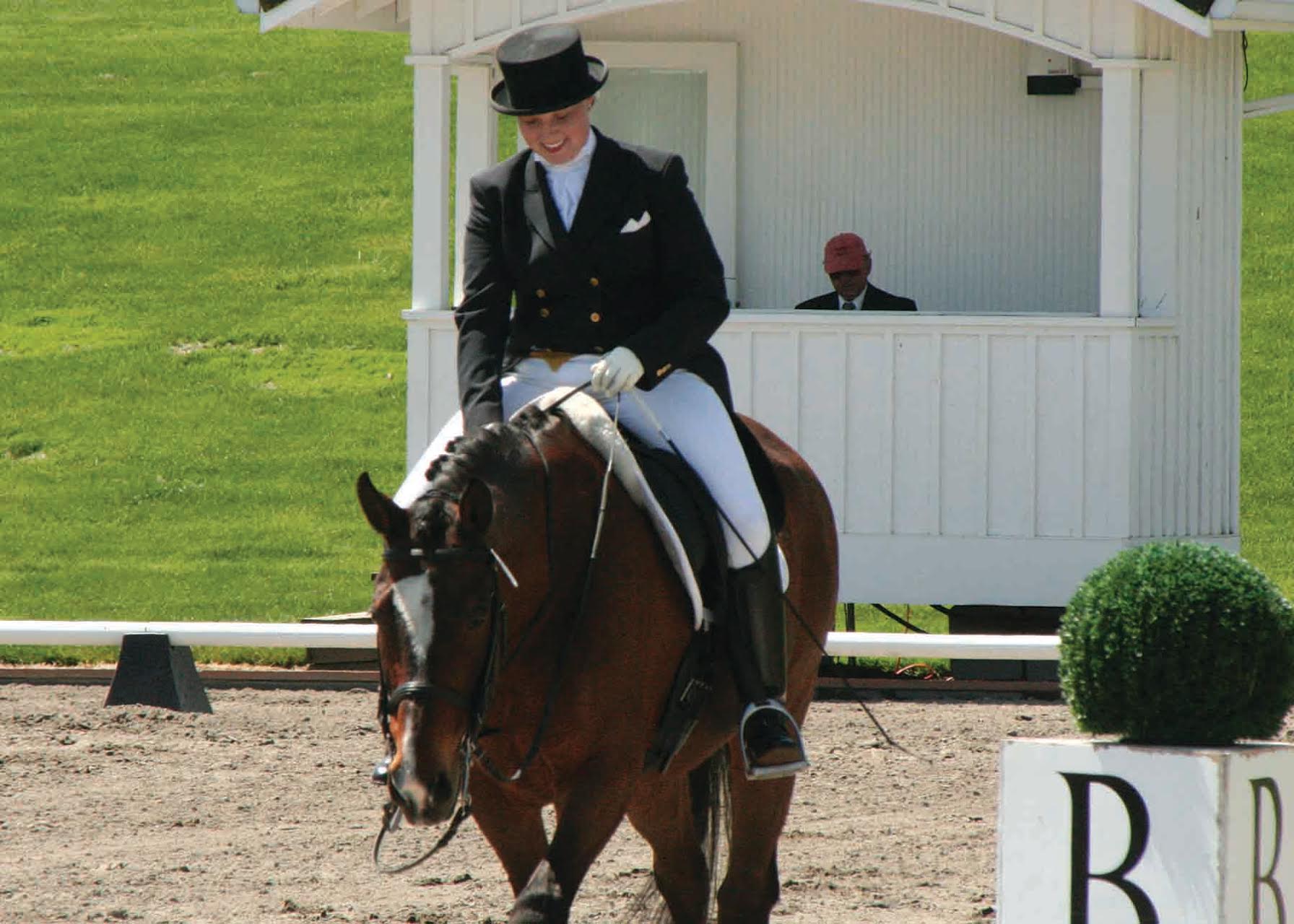 The horse should look happy, knowing he has performed well for his rider, and the rider should demonstrate she has also enjoyed the partnership they exhibited during the ride.

I, too often, see a horse that is stressed, with a nervous or “afraid” look in his eye at the end of a test. Why? Often the rider has overfaced the horse. Or the horse is a schoolmaster, but the rider has not yet learned the demands of the movements and is constantly giving incorrect aids that are confusing and scaring him.

I love to see riders reward a horse for his efforts. Not just at the end of a test, but also during their training sessions. I don’t see enough of this rewarding, but I see lots of demands from riders! 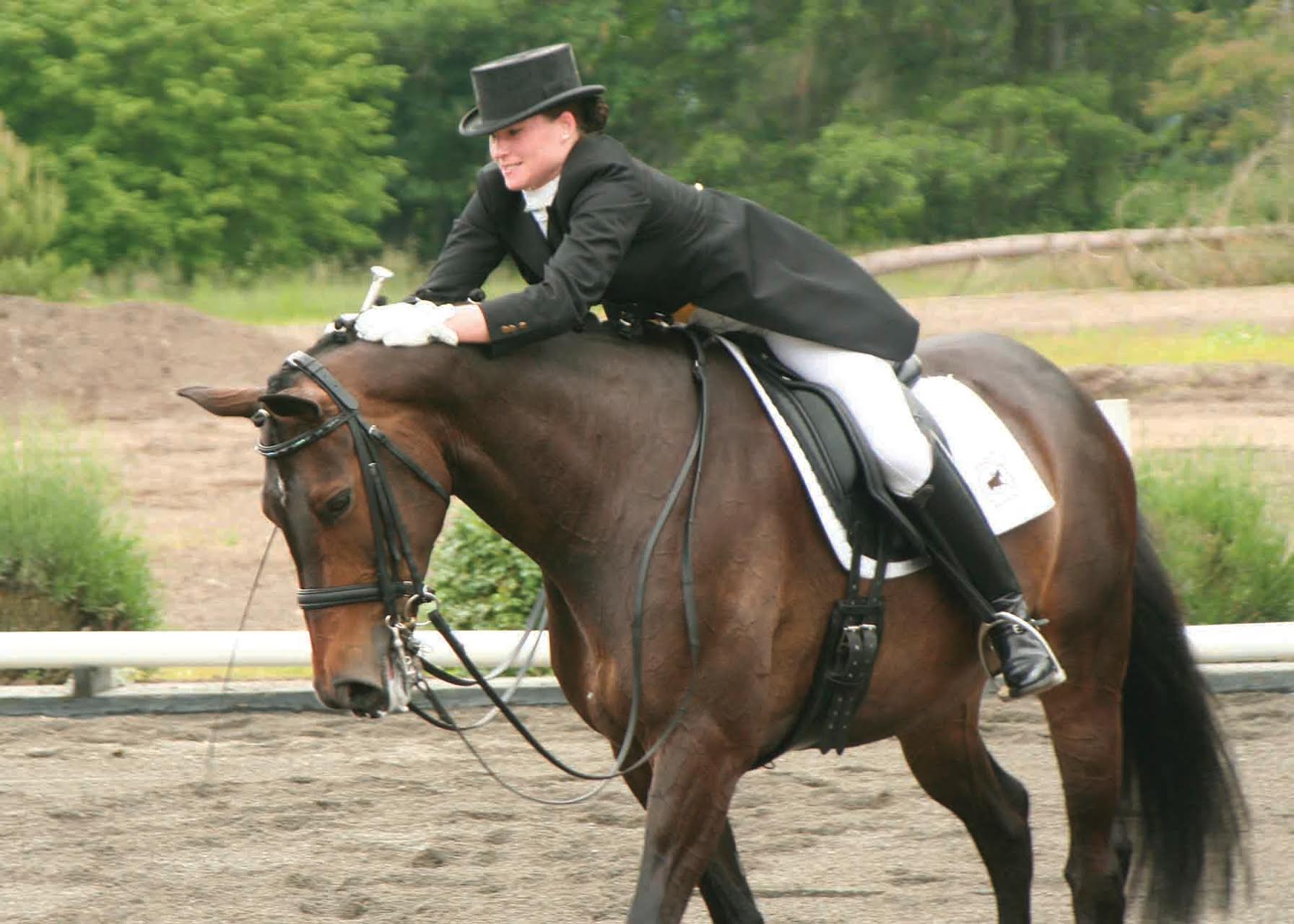 My student Dr. Jane Rutledge and her horse Gandalf the Gray rode their Century Ride in 2010. Their ages totaled 100. “Mr. G” was 28 and still going strong! I found Mr. G for Jane when he was eight years old. He and Jane had a wonderful life together. Jane suffered through many surgeries and had a knee and hip replacement. The “Century Ride” was a team effort—Jennifer rode Mr. G in the warm-up, and I read the test for Jane. Judge Maryal Barnett stood in her judge’s booth and gave Jane and G a standing ovation at the end of the ride. The score did not matter. The experience was outstanding and inspiring for all who watched. 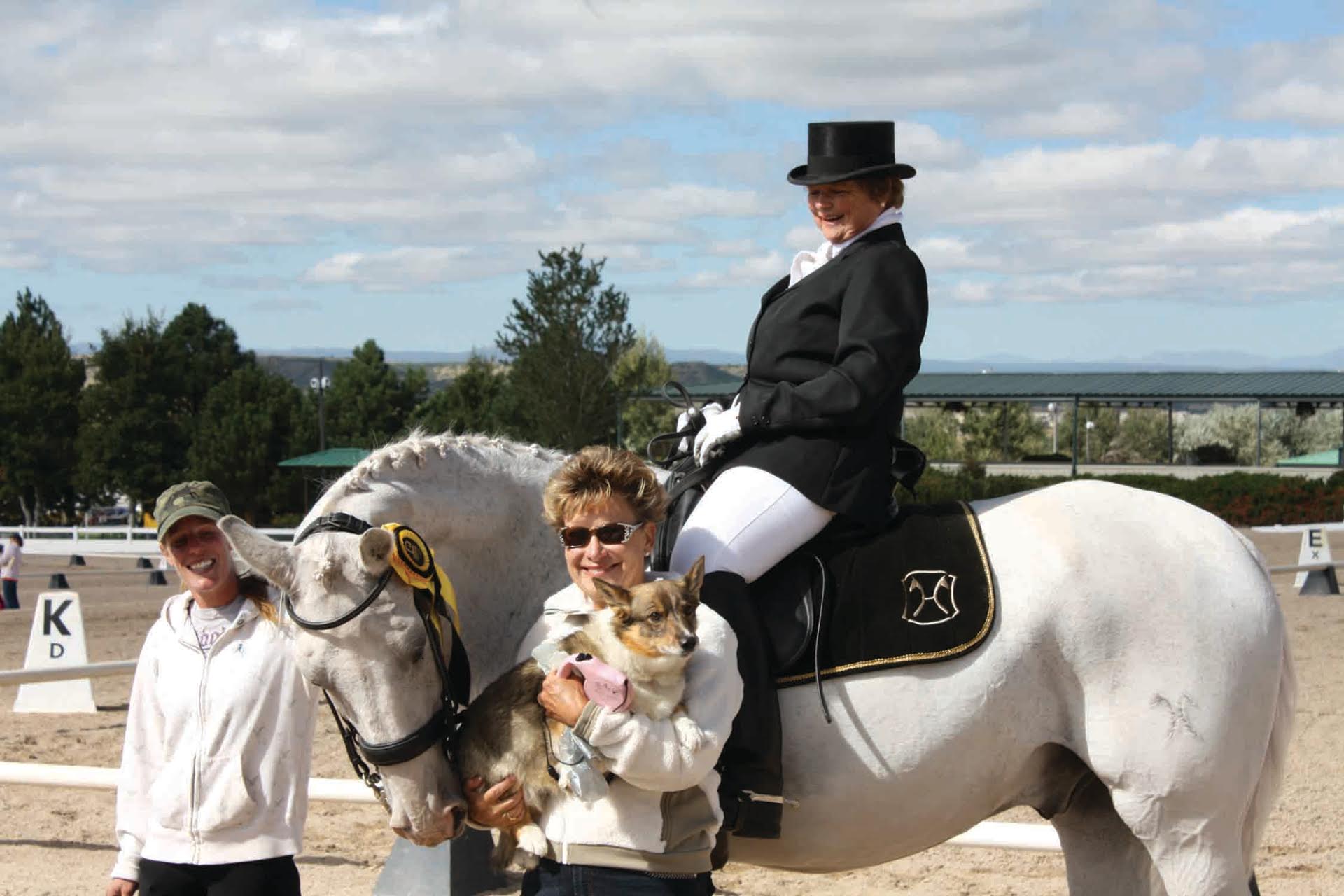 Keep riding interesting by trying different things! During one clinic, my friend Grand Prix rider Betsy Steiner asked to ride out with the cowboys who were rounding up the calves for branding. Looking simply elegant in her powder blue, off she went! The lead wrangler told me later that Betsy could not come with them again. I asked why, and he replied, “She wouldn’t gallop after the cows. She kept saying something about the rocks and the footing.”

Remember, “dressage” is not the French word for “afraid to jump.” I jumped my horses from time to time…there’s no reason you can’t, too. Just open your mind, broaden your horizons, and give it a shot. You might be surprised by how fun it can be to experiment a little. 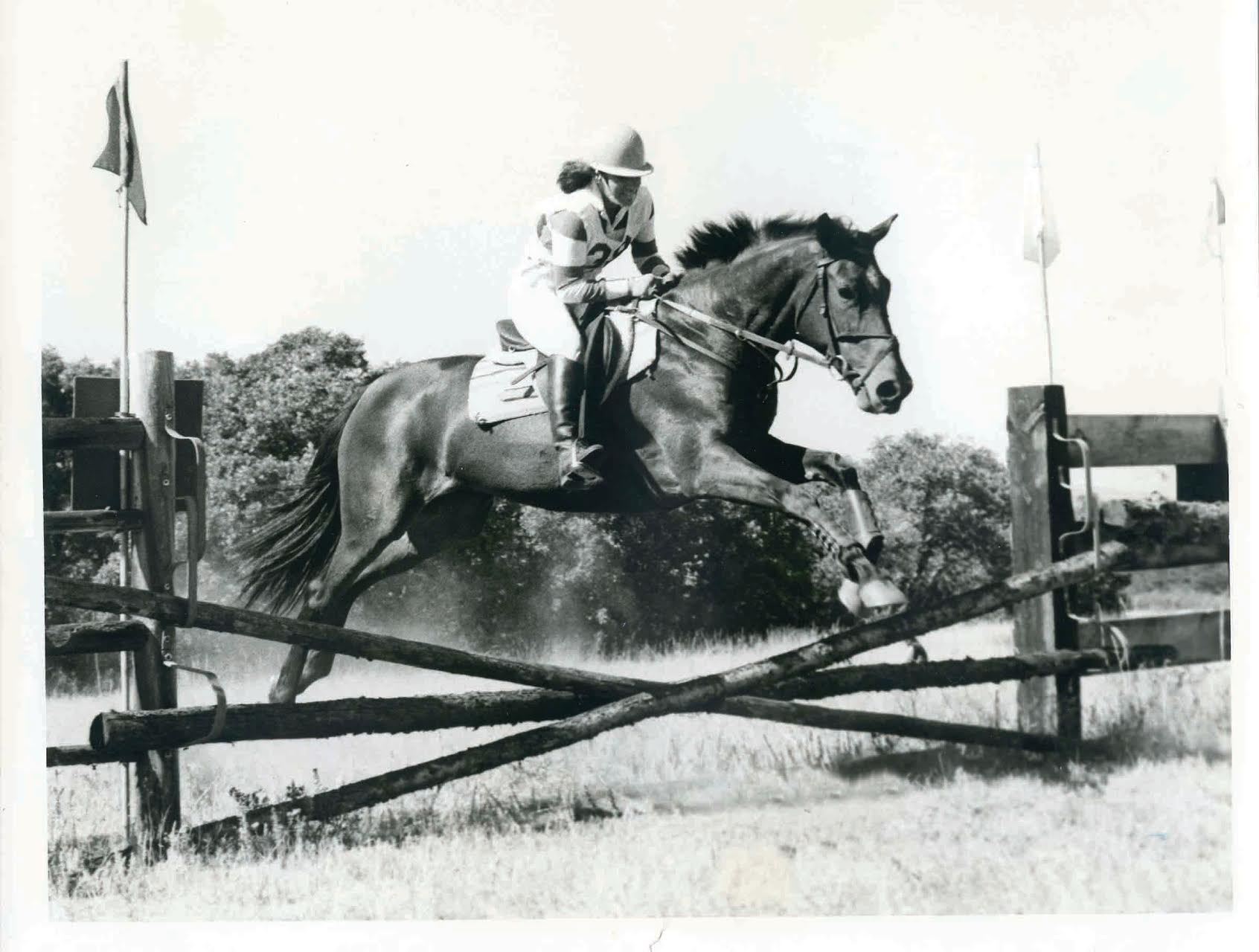 Julie Forman started working with me when she had a very large and not too cooperative Dutch mare we nicknamed “Big Ears.” Julie is only slightly over 5 feet tall, and Big Ears was 16.3 hands. The mare started working well at home but show time was a disaster. She spooked, she refused to enter the ring when the bell rang, and when she did enter, after about three movements she stopped, and that was it for her. It was one heartbreak for Julie after another.

So Julie finally bought a small Warmblood gelding named Garand Paradox (“Solo”). He is so happy to do his work and they are just the right size for each other.

Sometimes, when you don’t have the right horse, it’s time to move on. It took Julie two years to make the decision to part ways with Big Ears, and now she wonders why she waited so long. 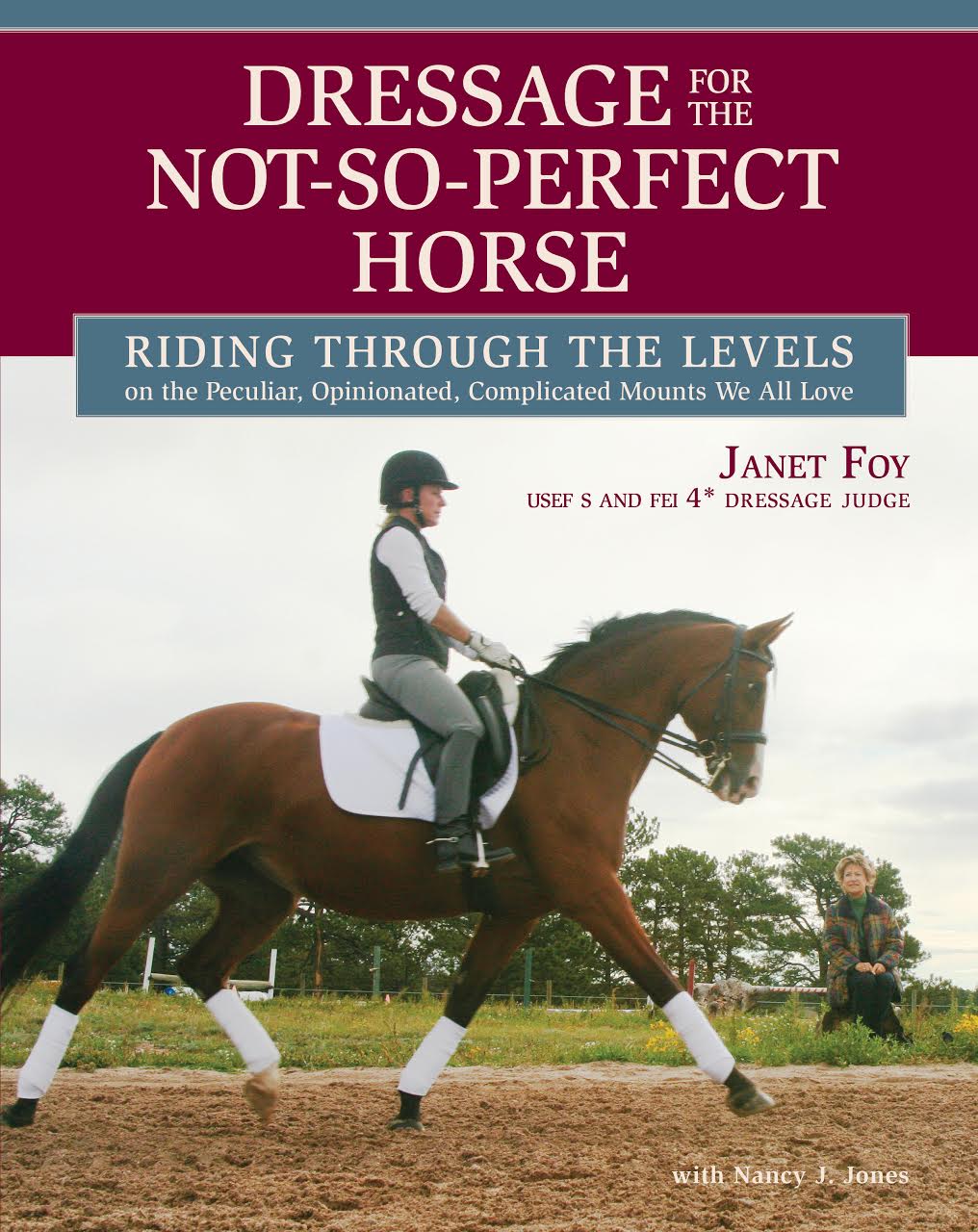 This excerpt from Dressage for the Not-So-Perfect Horse by Janet Foy is reprinted by permission from Trafalgar Square Books.