The Ghosts of Saratoga 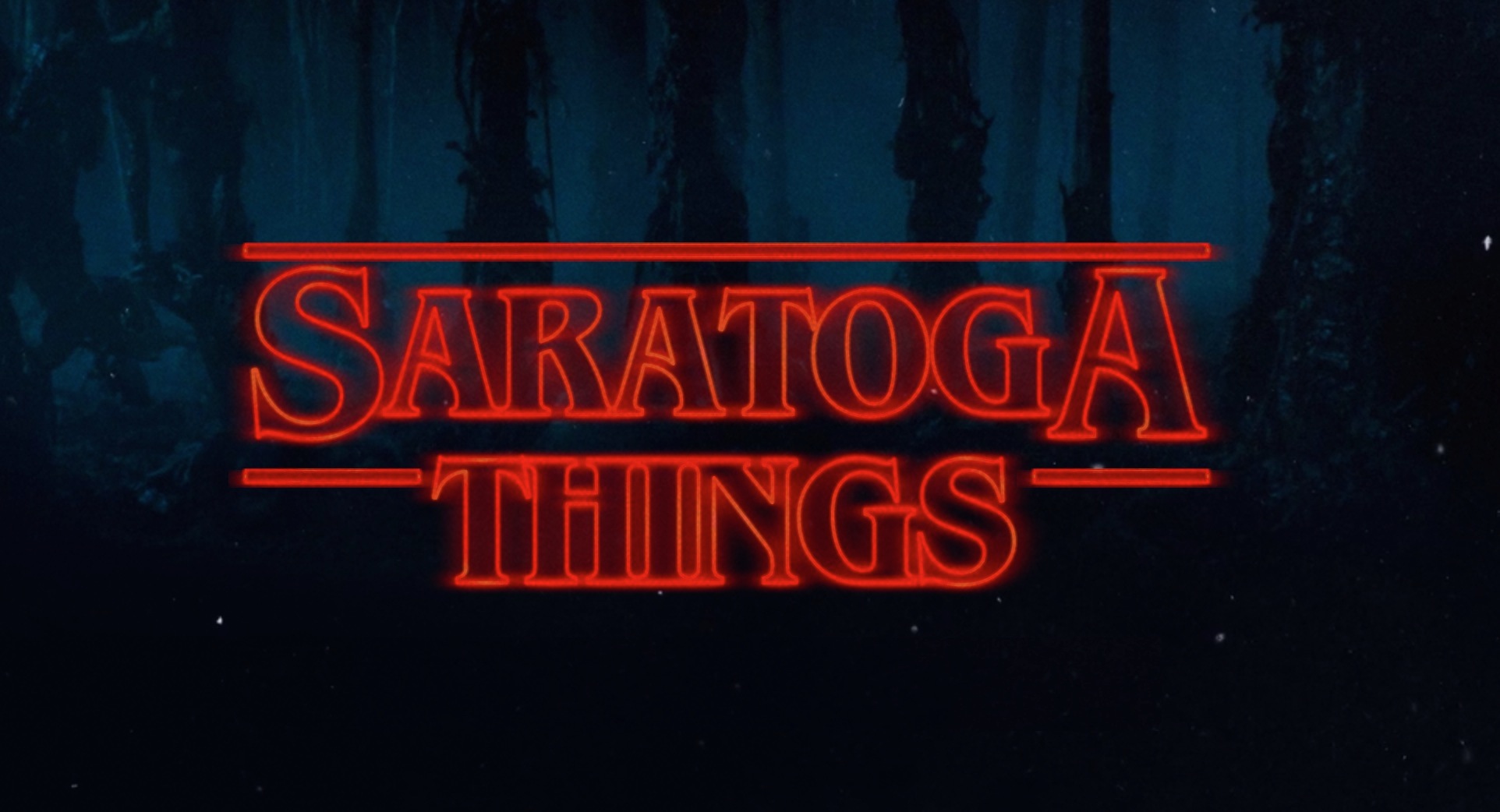 Summer at Saratoga is like a spiritual revival for North American horse racing. Opened in 1863, this iconic palace of thoroughbred purity is America’s oldest sporting venue still in operation. Horses thrive at this pristine sanctuary, miles away from the metro bustle, or as turf writer Red Smith famously quipped, “From New York City you drive north for about 175 miles, turn left on Union Avenue and go back 100 years.”

These hallowed grounds have seen some things. Strange things. It’s known as “The Graveyard of Champions”, and this place has earned the nickname through the decades with one improbable outcome after another.

Let’s start with the most fittingly named colt in history, Upset, who handed the great Man O’ War his only loss in 21 career starts in the 1919 Sanford Stakes. 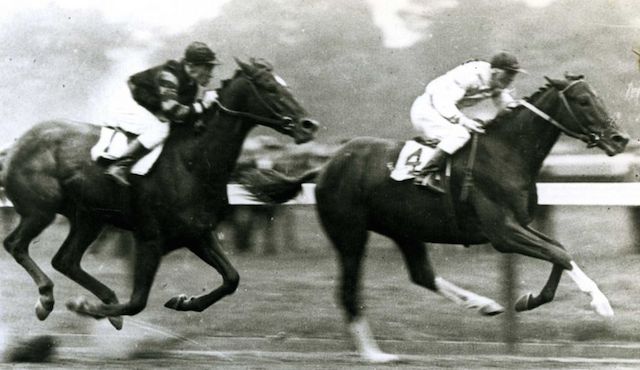 Upset (in front) with Johnny Loftus up, held off a hard charging Man o’ War in the 1919 Sanford Stakes at Saratoga. It would be Big Red’s first and last defeat. (C.C. Cook/ Times Union Archives)

It was a victory shrouded in controversy, as the New York Times’s Fred Van Ness explained in the Aug. 13, 1919 edition:

Beginning with a very bad start, he came on to give battle to a horse which had a start of three to four lengths on him… it was unfortunate that the acting starter, C.H. Pettingill, one of the placing judges, spent several minutes trying to get the horses lined up and then sent them away with only those near the rail ready for the start. The start was responsible for the defeat of Man o’ War, it turned out.

Contrary to popular fable, the colloquial use of “upset” to describe an underdog victory does not stem from this horse, but it’d be a whole lot cooler if it did. 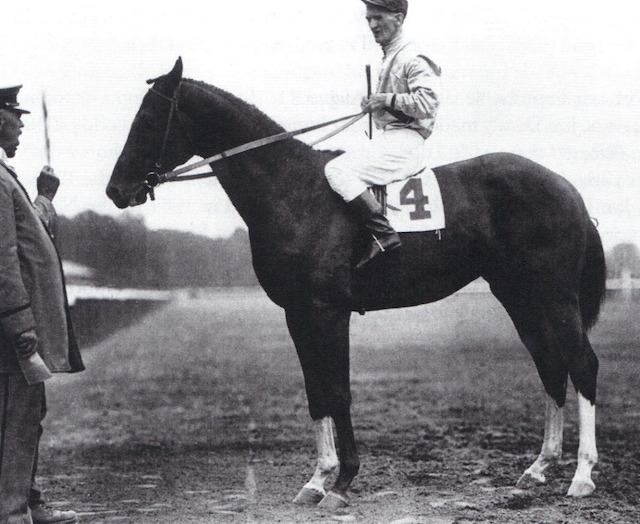 In 1930, Triple Crown winner Gallant Fox arrived at Saratoga for the Travers Stakes looking like an unbeatable behemoth, only to be dethroned by a 100-1 longshot named Jim Dandy.

Saratoga was again host to another of racing’s most unlikely victories of all time when a horse named Onion (freaking Onion) brought a packed grandstand to tears by out-dueling the immortal Secretariat down the stretch in the 1973 Whitney Stakes.

Contrary to popular fable, the vegetable of the same name triggered human tears long before the ’73 Whitney.

Five years later, another Triple Crown winner, Affirmed, strolled into “The Spa” to test the Travers only to be humbled by the Saratoga sorcery. Affirmed once again got the upper hand on heated rival Alydar…only to have the victory wiped away when stewards determined the colt interfered with Alydar just before the turn for home. Alydar was awarded the win, and Saratoga claimed another champion.

Ah, yes. The Graveyard…(Or, maybe it was the mile blowout in 1:36 the day before the race.)

This year’s edition of the Travers promises to be one of the most competitive in recent memory with a full field of 14 signed on for the 1-1/4 mile test for the sport’s top 3-year-olds. Preakness and Haskell winner Exaggerator is the unenviable lukewarm favorite, but with no rain in the forecast, this thing is wide open. Perhaps the stage is set for a fellow son of Curlin, Connect, who gallops in on a 3-race win streak for local hero Chad Brown. And then there’s Bob Baffert, who will saddle Haskell runner-up American Freedom, and the lightly raced but super intriguing Arrogate.

Let's take another look at this STACKED field for the 147 #Travers! Who are you going with?