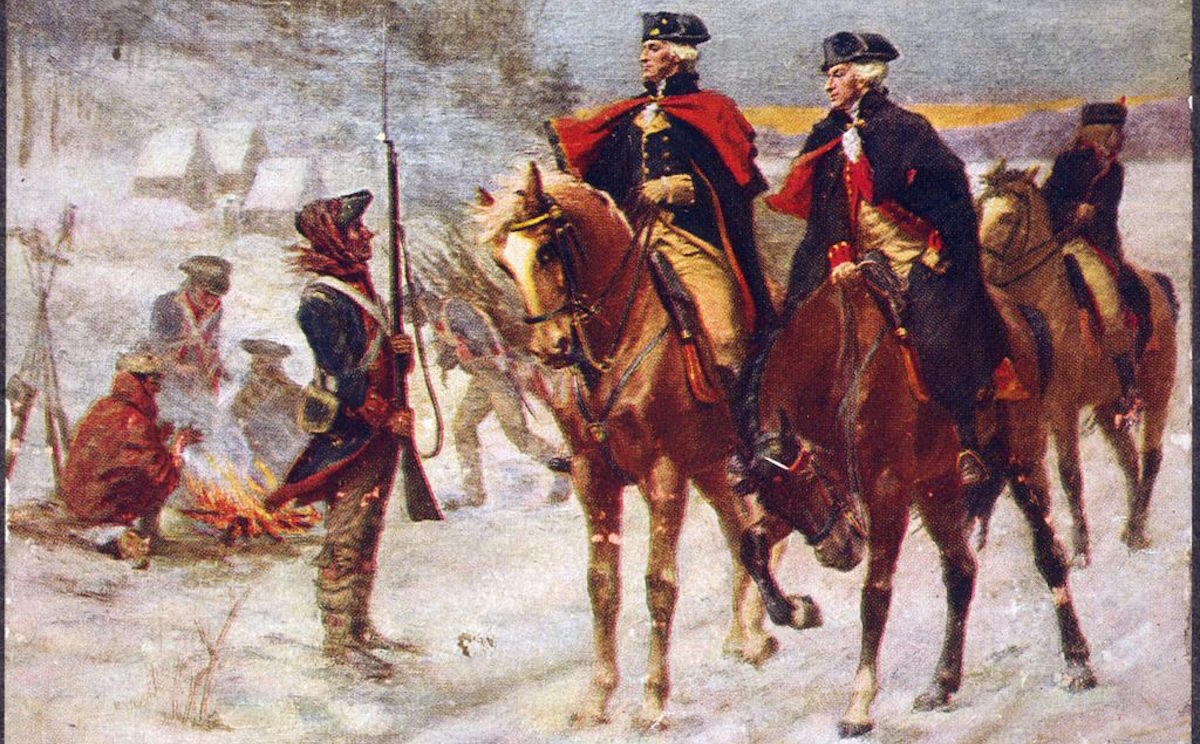 George Washington was a Revolutionary War hero, a Founding Father, and the first President of the United States. But what you might not know is that he was also a first-rate horseman. According to his friend, the Marquis de Chastellux, the Virginia planter was, “a very excellent and bold horseman, leaping the highest fences, and going extremely quick, without standing upon his stirrups, bearing on the bridle, or letting his horse run wild.”

Washington’s favorite horse of all was Nelson, a chestnut charger who carried the General safety throughout the Revolutionary War. Here are six things you might not know about one of America’s most famous war horses.

Standing at 16 hands tall with chrome markings and a white face, the chestnut or sorrel Nelson (left) was described by contemporaries as a "splendid charger."

Fellow Virginia man Thomas Nelson gave the horse to Washington after hearing the General was having trouble replacing his former mount. Washington named the horse "Nelson" after his friend in thanks.

Though he was often painted astride his striking grey horse, Blueskin, Washington preferred to ride Nelson—who was less skittish of cannon fire—into battle. The General also chose to ride Nelson to accept the British surrender under Lord Cornwallis at Yorktown, Virginia in 1781.

4. He lived well into old age.

Nelson was believed to be 15 years old when he was given to Washington, but he lived to the ripe old age of 27 in pampered luxury at the President's Mansion House Farm at Mount Vernon. According to sources, both Nelson and Blueskin were retired from riding after the Revolutionary War in thanks for their service.

5. To the end, Washington and Nelson had a special bond.

Sources say that when Washington would visit Nelson at his estate, the old horse would, "run, neighing, to the fence, proud to be caressed by the great master's hands."