A Night in the Life of a Horse Rescuer 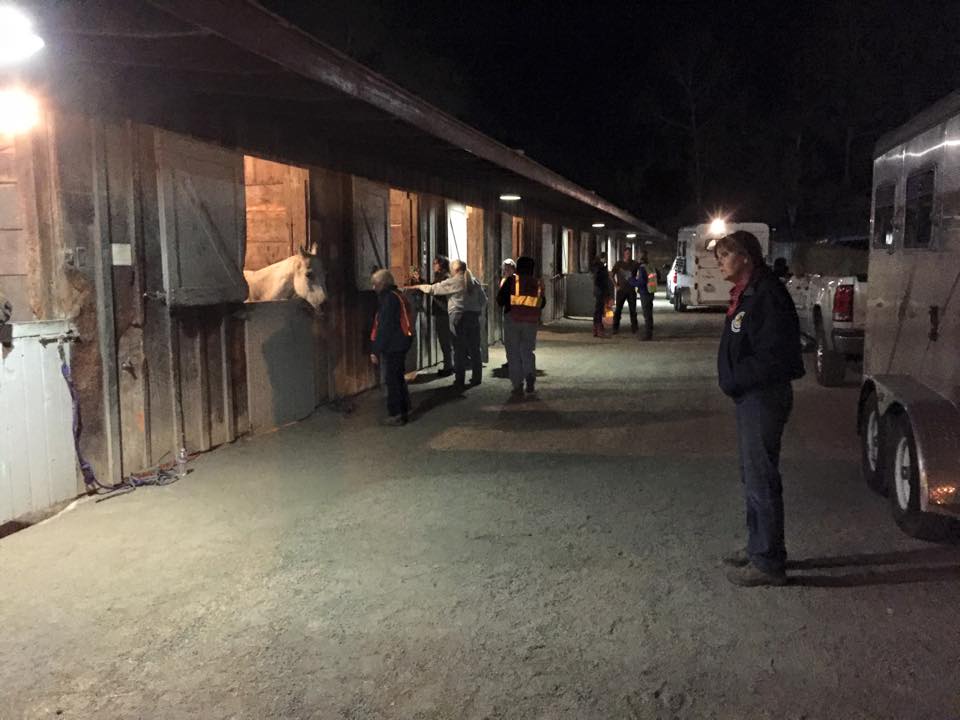 “We need to get into a fire rescue before the fire personnel, so I listen to the scanner and as a situation develops I’m pulling on my boots, getting on the uniform, gathering snacks and water, then filling my truck’s fuel tank,” explained Julie Monser, the San Luis Obispo, CA South County H.E.E.T. Director, Staging Captain and first responder for South SLO County, as she described how she prepares to help evacuate horses in the path of a raging fire.

The Sherpa fire near Refugio in Santa Barbara County broke out at 3:15 pm on Wednesday, June 15, 2016. Julie was on “standby”. By 6:45 that evening the fire had quickly grown from 50 acres to over 150 acres and many horses were in its path.

“I told my husband, I’m gone!” Julie grabbed her “go-bag” and her rescue partner Debbie Jones then headed south in her truck with a two-horse trailer where they reported to Incident Command, which was manned by Justin Marsh, a SLO County H.E.E.T. member. They joined the efforts of Santa Barbara EVAC and began rescuing horses.

“In an emergency there is no time for routine.” 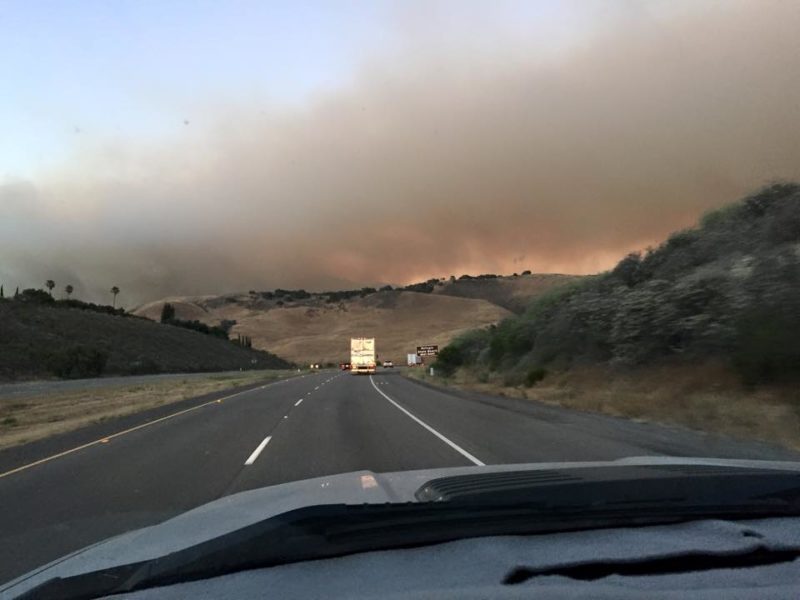 Circle Bar B Guest Ranch had 61 head of horses that needed to be evacuated. Rescuers soon discovered that most of the horses would only go in ramp load trailers. This posed a few problems. In addition, some horses were up in canyons where big trailers couldn’t go because the fire trucks were also on scene. Julie, with her two-horse trailer, could get up the roads, but had to squeeze to the side several times to make way for fire equipment.

“We ended up having to leave two horses there. They wouldn’t load. The fire was cresting over the hill,” expressed Julie.

Julie and Debbie made several trips that evening; when the US 101 shut down they took back roads. The rescued horses were brought to Earl Warren Show grounds in Santa Barbara, where trained staging and stabling crews managed each horse. Identification info was entered into the paperwork that travels with each horse. Food and water were provided by volunteers, as over 200 head of horses were safely tucked away from the fire.

“It was heartbreaking to leave those two horses. They were over 30-years-old and hadn’t been off the property for years. We didn’t hear of any fatalities so I assume they ended up ok, but I’m sure they were affected by smoke inhalation,” Julie described her feelings then continued. “You have to be prepared for an emergency. Your horse must load in any trailer—slant, straight, ramp, step-up, go-in-first, go-in-last, go-in-the-middle. In an emergency there is no time for routine.” 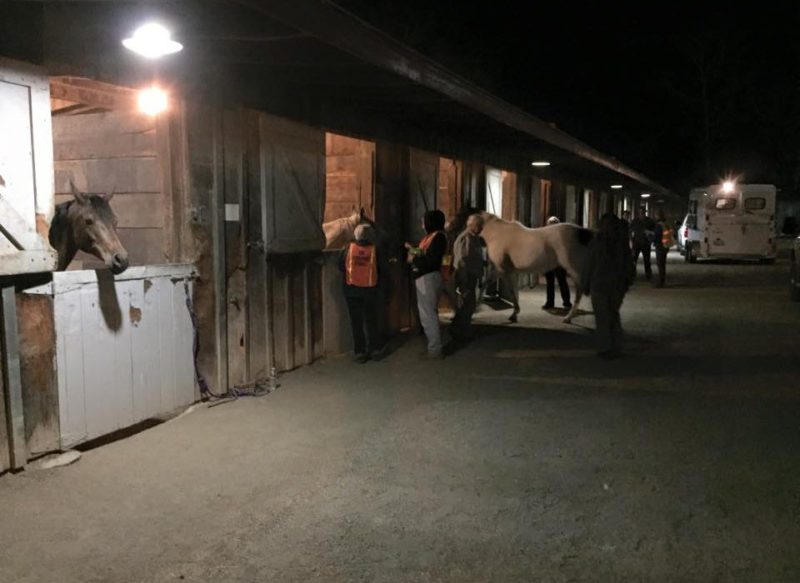 Julie continued telling stories of past rescues. “I have personally rescued six horses at one time with only a two-horse trailer. I loaded two in the trailer, led two out my driver’s window and Debbie had two out the passenger window. The led horses just trotted along. Tack, food, equipment and smaller animals are thrown into the back of my truck and off we go!”

Back to the Sherpa Fire, Julie and Debbie returned home at 1:50 a.m. the next morning. Julie went to bed at 3:30 a.m. and got up 3 hours later and headed off to work. 200 head were safe, although over half needed to be relocated again to make room for a big Arabian show at the Santa Barbara Fairgrounds. There are still over 60 head (Circle Bar B horses) all turned loose in the jumping arena where a few cowboys are keeping them fed and watered and the area clean 24 hours a day. The horses all know each other so this works.

The Sherpa fire has burned over 8,000 acres, yet no homes have been burned. The small water shed at El Capitan was burned, but that was the only building.

Julie uses her own equipment, her own gas and her own time to be a horse rescuer.

“It’s all a gift. It’s part of making sure the animals are safe.”

Note: Article originally published at slohorsenews.net on June 23, 2016. The Sherpa fire was reported to be fully contained on July 12.

Sharon Jantzen is the owner and publisher of SLOHorseNews.net. Her riding experience started in

Pony Club, with a little Hunter/Jumper thrown in, which branched out to Eventing and then settled into Dressage—mostly on the back of a Connemara. She has also shown Arabians in Dressage and is now “investigating” Cowboy Dressage on a Rocky Mountain Horse. Sharon enjoys trail rides and the wonder of San Luis Obispo County. 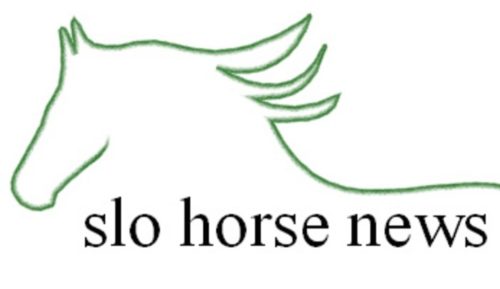