“Tractable. Beautiful. Versatile.” These are just a few of the words used by lifelong Morgan enthusiast Kim Germ- 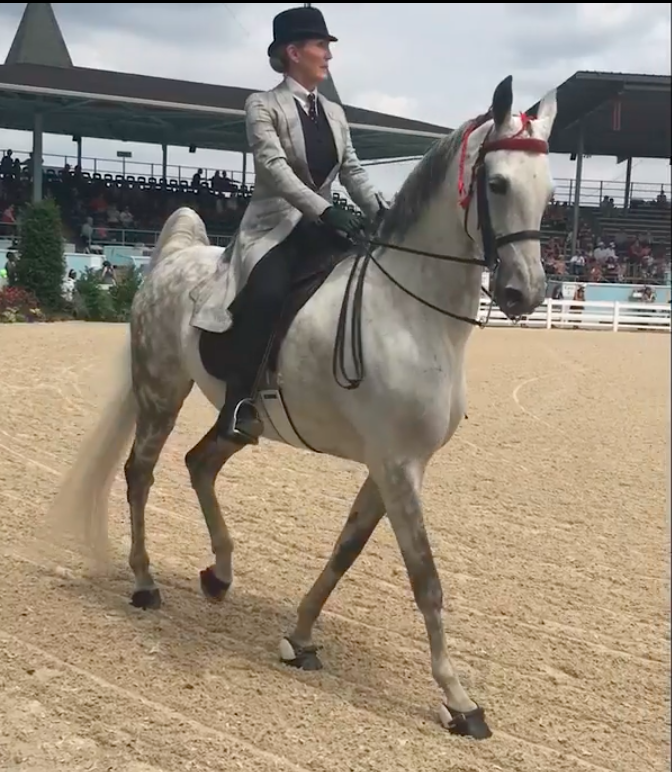 Cramer to describe the breed she loves so well. As a rider at Broadmoor Stables near Allentown, Pennsylvania, just an hour north of the Devon show grounds, Germ-Cramer is excited to be back at the illustrious horse show, where she last rode more than 40 years ago.

Though Morgans have competed at Devon throughout its history in mixed-breed divisions such as Carriage Pleasure Driving, Ladies Side-Saddle, and Carriage Racing, the addition of an Open English Pleasure division in 2016 drew top Morgans from around the country, including several World Champions.

“It was so much fun showing in that ring!” said Sara Foy, an American Morgan Horse Association (AMHA) Emeriti Director who placed fourth in the Ladies English Pleasure class on her horse, BRMF Lailani’s Fireball.“The length and the size of it was just made for the Morgan horse to do their extended trots. It was so exciting to show there.”