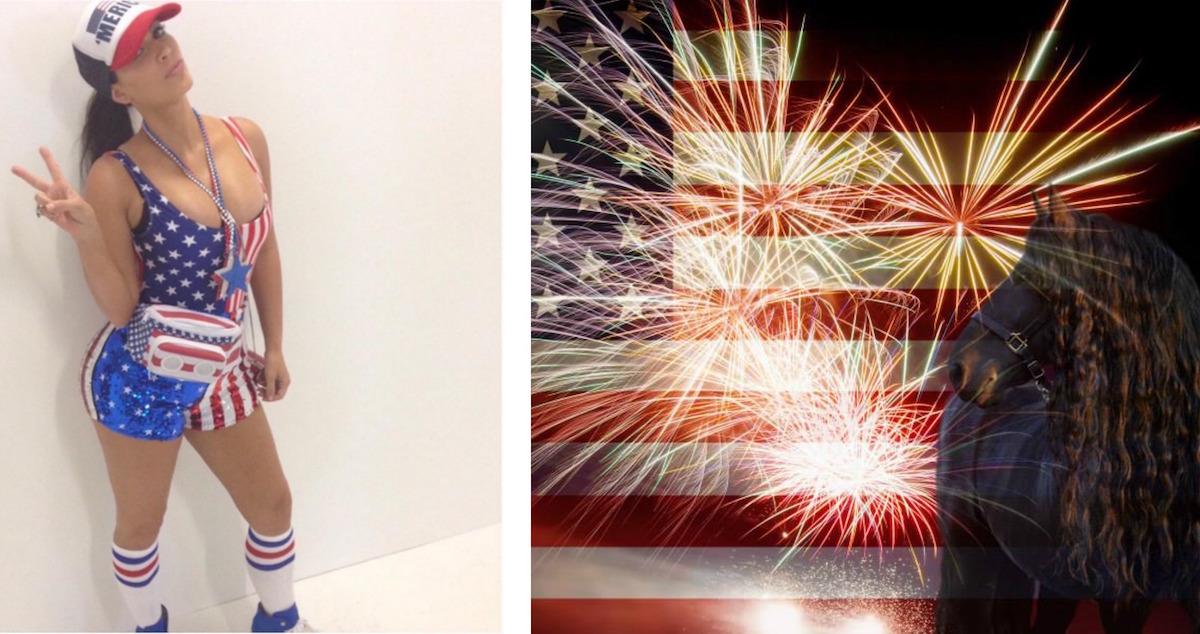 There are plenty of people who would argue that no matter how beautiful you are, you can’t get by on looks alone. You know the platitudes: beauty is only skin-deep, it’s in the eye of the beholder, it doesn’t last. But clearly none of the people saying them have ever met Kim Kardashian or Pinnacle Friesians’ Frederik the Great, recently declared the ‘World’s Most Handsome Horse’.

Now most of us are probably familiar with Kim, or as familiar as we’d ever want to be despite never watching her TV show, reading articles about her, or following any of her social media channels. You can do all this, though, and still know that Kim has just given birth to another compass—er, baby—worn a terrible dress in New York, or is naked again on Instagram. Even when you’re actively trying not to know these things, you’re learning them through osmosis. Welcome to the information age.

But while Kim may have written the playbook on self-promotion, she’s not alone in reading it. The World’s Most Handsome Horse, Frederik, is hot on her Louboutin heels, and he’s building a social media empire of his own. You see, Freddy runs a popular YouTube channel and Facebook page, complete with more than 20,000 fans. He even takes the time to respond to his followers’ questions and personally signs all his posts “Frederick the Great”. All this, despite his obvious lack of thumbs.

Here’s why we’re betting the student might one day become the teacher.

1. Both Kim and Frederik know the importance of a strong hair game.

Because the Internet doesn't "do" bad hair days.

They'll just tell you they got it from their mommas.

3. Both inspire over-the-top declarations of love from their fans.

(Many of these are cat lovers.)

4. Neither are strangers to the Late Night television scene.

Alas, no one could stay for Car Karaoke.

5. Both are staunch patriots.

6. Kim and Frederik are spawning a new generation of future icons.

Here's hoping the Internet is ready for them.