Concussions at Horse Shows—Are You Being Protected?

Home > Blog > English > Concussions at Horse Shows—Are You Being Protected? 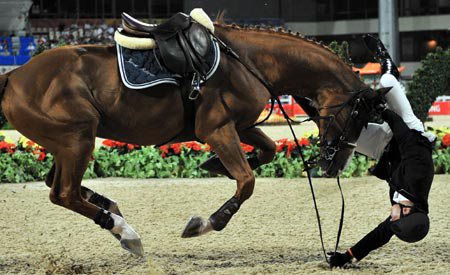 Concussions! The most misunderstood injury in sport. Everyone today is aware of them, and many riders have experienced a blow to the head. I, personally, have had five concussions from 35 years of competing; the last one changed my life forever, and not in a positive way.  I have examined if horse show management and our governing organizations the USEF, Equine Canada (EC), and the FEI are doing enough to protect you and your children.

When contacting the largest horse show management groups throughout North America, I received a uniform response, with one notable exception—they all follow the guidelines set out by their Federation.

What is a concussion?

In a recent article in The Atlantic titled “The Limits of Football Helmets” by Jack Moore, Kyle Lamson, a researcher at Xenith, a top football helmet manufacturer added, “A concussion can actually happen without actually hitting your head.”

Perhaps one of the most important facts about a concussion is that after the injury occurs, the brain is even more sensitive to being damaged again. Doctors will advise you—while you’re recovering—to avoid participating in activities that are at a high risk for reinjuring the brain. The Mayo Clinic’s website states, “After a concussion, the levels of brain chemicals are altered. It usually takes about a week for these levels to stabilize again. However, recovery time is variable, and it’s important for athletes never to return to sports while they’re still experiencing signs and symptoms of concussion.”

Riders are going to fall, and sometimes they will suffer trauma to the head. That is a risk that all athletes face. In the case of concussion injury, it is the subsequent blows to the head where the risk is greatest. The American Academy of Pediatrics reports that 50% of “second impact syndrome” incidents, defined as brain injury caused from a premature return to activity after suffering initial injury—result in death.

Among many other complications, concussions can also lead to chronic traumatic encephalopathy, or CTE. CTE results from mild traumatic brain injury caused by concussion over a period of time. According to the Mayo Clinic, the injuries may lead to cognitive difficulties, as well as emotional and behavioral issues; they do not become noticeable until many years later. CTE can lead to physical problems as well. Not everyone who has one or more concussions develops CTE.

Yes, this is a very serious topic and we need to be aware of the repercussions.

So, if a rider sustains a concussion, everyone—the horse show management, the trainer, the rider themselves—better make sure that person is healthy before they resume riding. The responsibility should not fall only on the rider; the federations should ensure that the horse shows are following regulations, and the horse shows should be sure that there is a representative present to witness any falls, and to enforce post-concussion protocol.

The FEI guidelines for concussion management direct riders to not return to riding the day of the concussion, and instructs riders that they should be evaluated by a medical professional; then medically cleared by one before getting back in the saddle. “If the designated health care provider on site suspects that the athlete may have sustained a concussion, the only means for the athlete to return to riding is to be evaluated and cleared by a licensed medical doctor (M.D.), Osteopathic Physician (D.O.) or a Clinical Neuropsychologist with Concussion Training,” the FEI continues.

The language in the FEI regulations is soft.  “Should be medically cleared.” “Suspects that the athlete may have sustained a concussion.” The wording is weak.

Here is more from the FEI. This sentence says a lot: “Prior to competing, athletes are required to notify the Event’s Medical Officer if they are currently being treated for concussion symptoms or have been withheld from a competition in the past month due to a neurological injury or symptom.”

Do you really think that’s going to happen? Every professional I know gets right back up. They have horses to ride, clients to keep happy, and day fees to earn. Plus, they are athletes that are competitive and have been trained to get back on the horse as soon as they fall.

Let’s look at the USEF. Their literature on post-concussion protocol states, “In the event of a fall/accident where the competitor is apparently unconscious or concussed, he/she is precluded from competing until evaluated by qualified medical personnel….If the competitor refuses to be evaluated, he is disqualified from the competition.”

The USEF goes on to say that if the rider is declared to be concussed by a qualified medical personnel, they will be placed on the Federation Medical Suspension List that will be posted on the Federation’s website. It continues with precise information about when and how riders can return to competition; with different, concise, detailed approval processes for juniors and seniors. Competitors must comply with regulations or they will not be cleared to show. When I read the USEF’s policy, I thought, “now this is more like it; sounds much more proactive.”

Now, for Equine Canada. Here is what they have to say…

That’s right. Nothing! I was unable to find anything regarding concussion protocol under the EC guidelines. I made repeated calls to the EC head office regarding this matter and finally received a callback. I spoke with Rachel Huebert who confirmed that EC does not have any literature regarding concussions. I asked her if EC would like to make a statement on this matter. Then I offered to create and write a protocol for them—afterall, I am an official with EC.

This was the response I received from Rachel in an email, “Here is what I have found out regarding concussion protocol; EC does not currently have a protocol specific to concussions. This is certainly a potential area for development.”

So if horse shows such as Spruce Meadows, Rocky Mountain Show Jumping, and Angelstone are following their Federation’s guidelines, as they have all confirmed with me, what exactly are they doing?

I mentioned earlier that there was one exception in horse show management in regards to safeguarding riders from competing while concussed. Thunderbird Show Park in Langley, BC is going a step further in regards to this matter. If a judge, steward, or medic witnesses an injury with signs, symptoms, or behaviors consistent with a sports-related concussion, concussion protocol comes into effect in line with USEF. This is an excellent step to helping protect the riders.

So how can this be improved? The USEF guidelines look good, the FEI poor, and EC, well, in my opinion, not worth mentioning. Why is this important? A few years ago a rider died from obtaining a minor hit to the head while still suffering the effects of a prior concussion!

I have mentioned the positive steps the USEF has taken in safeguarding riders, but are the horse shows doing anything about it? At HITS Thermal [in February], a friend of mine fell off in the Grand Prix ring. She was on the ground for over two minutes, unable to get up despite trying to, as she had hit her head. The medics arrived THREE minutes after the fall, which in itself is disturbing. They asked her if she was fine, and she said yes, they did not examine her at all. They let her walk away. The next day she was dizzy and disoriented. If a rider is on the ground and unable to stand due to a blow to the head, that person is concussed.

A few months ago Bertram Allen was disqualified from a Grand Prix victory due to a “speck” of blood on his horse’s flank. Our sport is sending a clear message; the horses welfare is important (as it should be) but the health and care of the riders is irrelevant!

I have two suggestions that are easy to implement and will improve rider safety.

Many falls that happen in the competition ring do not have the medic attend to the rider. If the rider gets right back up, usually no attention is required. However, you can sustain a knock to the head and get up immediately. For all of you that have shown, you have done this on more than one occasion. In one class I had a horse land in the middle of an oxer, I stayed on but hit my head on the neck. I finished the round and noticed when I was riding out of the ring that I could only see straight ahead, all of my peripheral vision was gone, all black. Instead of going to the medic, I hopped off and directly on to the next horse.

Here is my proposal: every class has a judge. If the judge of the class notices that a rider MAY have hit their head, the medic is called and the rider will take a mandatory concussion test. The judge is already there, they are watching, an easy solution to the problem.

The second is using new technology. Two of the issues in concussion management are establishing a baseline score for each individual and the time it takes for testing. A possible solution is Headcheck Health, a new app that simplifies the testing process, is more accurate, and keeps track of all the necessary information. Every individual has a record and a score, and the test takes less than five minutes. Here is the link with more info: headcheckhealth.com.  This is a service and a technology that every horse show can and should provide.

Making competing at horse shows significantly safer for riders is easy to do. Equestrians would like to be treated as athletes, and that should be the case. The horses are well looked after, riders should be as well. Follow the USEF guidelines that are in place, while improving the information sharing system. Make judges responsible to determine if a rider has hit their head. Use existing technology to test riders and ensure they are healthy. Finally, pressure the FEI and EC to step it up and show management to be responsible in this matter.

Jay Duke is a Canadian Equestrian Team member who represented Canada in Washington, New York, and Toronto. He has won 12 international Grand Prix classes and, in 2013, claimed over 50 championships on the West coast circuit. Jay is an active coach, clinician and course builder. Read more by Jay at jayduke.com. 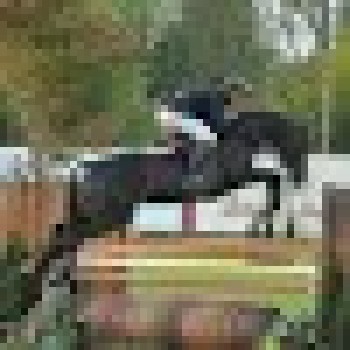 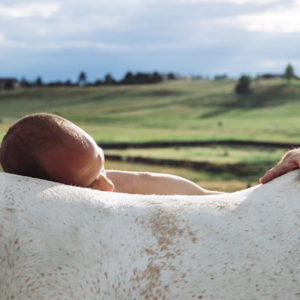