We all know that adding more shavings to a stall often just feels like, well, more:more to clean, more to pay for, and more to lug in and out of the barn. But if, regardless, you happen to be one of those that’s a fan of pillowy pine shavings and banks that rise for days, you finally have your justification (if you needed any to begin with).

A new study conducted by Christina Rufener, a Masters student at the Ethology and Animal Welfare Unit at ETH Zurich, used 38 horses divided into eight groups who were evaluated while living together in four different bedding scenarios based on Switzerland’s national horse welfare requirements. Rufener confirmed that not only is lay-down time important for allowing horses to recover from exercise and stress, but that the size of the littered area affects the lying behavior; as the size of the bedded area increased, horses reposed longer and more often. 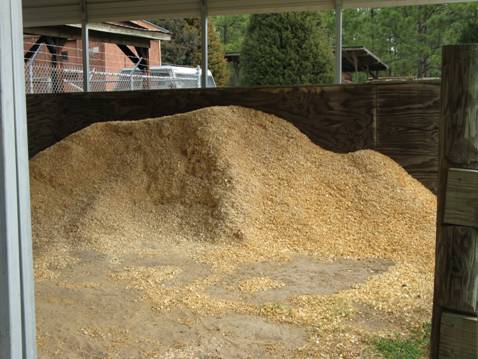 The research also found that when horses were bedded down together—a scenario in which lower-ranking horses typically take the less comfortable spots and are often prodded to get up by more dominant horses before they’re fully rested—more bedding meant that the higher-ranking horses were less likely to make their submissive counterparts move on before they were ready. You can read the full story here.