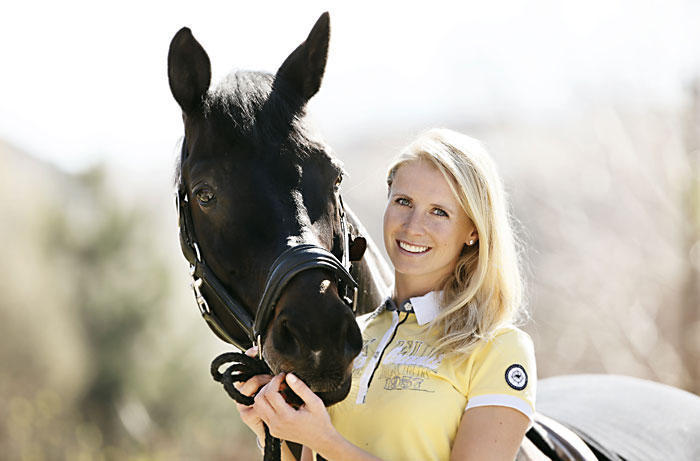 German dressage rider Jessica von Bredow-Werndl (GER) is currently ranked #5 in the world with her 14-year-old KWPN stallion Unee BB. In 2015 alone, they won the Grand Prix and the Grand Prix Freestyle (CDI-W) at Göteborg, Sweden; the individual bronze at the World Cup Final in Las Vegas; and the team bronze at Aachen, Germany.

Like here, at the Gut Ising Chiemsee Festival of Dressage in Bavaria.

And we thought No Stirrups November sounded hard.