So I Had My First Polo Lesson. Here are 12 Things I Learned.

Earlier this week, I had my first polo lesson with Palo Alto Polo Holiday, a traveling Argentinean polo program run by the fantastic Leonardo Rossolini and Emily Hordijk, which is stationed near my hometown of Syracuse, New York for the summer. I’ve always wanted to try polo, mostly because I assumed you got to ride fast (you do), whack at balls (sure, when you can hit them) and drink champagne (that’s a no-go; Argentinean players mostly drink mate, at least while playing).

But the good news is that despite my serious lack of knowledge on all things polo, I was totally right about one thing: it is wicked fun. So, if you’re thinking about giving the sport a try—do! But in the meantime, here are 12 things you might not know to get you started.

1. Polo players need to be able to vault on from the ground. It looks like this.

This is not how it looked when I tried it (I’ll spare you that video). But don’t worry, once you get good enough to master that skill, they teach you this one:

2. Polo players regularly jump from one horse to another during a match.

Thanks be to George Morris, we’re no where near that yet…

3. Players ride entirely with one hand—tha’d be the left hand. And usually there are two reins. 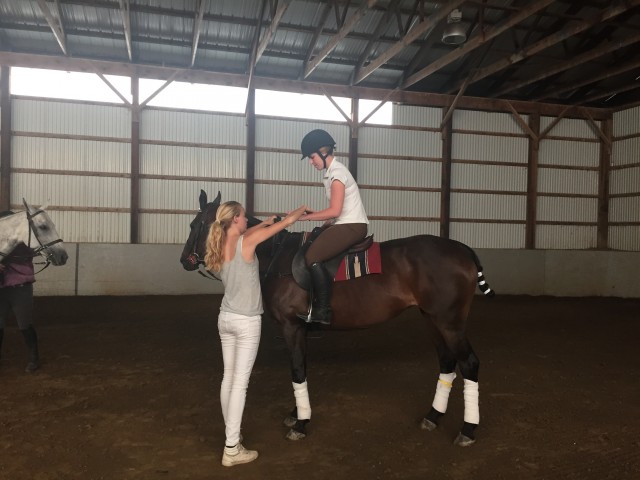 4. Because you have to swing the mallet with your right hand. No exceptions. 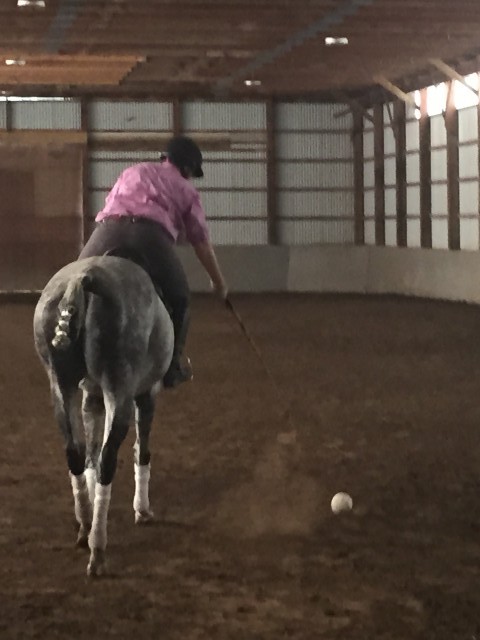 In the end, whether you’re right- or left-handed, it really makes no difference. It’s hard either way. 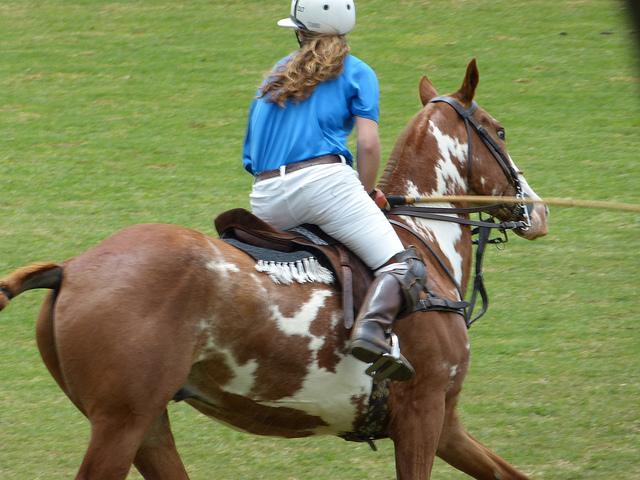 This person is obviously a real polo player. (flickr.com/James Brennan)

Chances are, they’re shorter than you’re used to if you ride English, even if you put them up for jumping. If you ride Western, you’re in for a world of pain. If you’re a jockey… you’ll probably be fine. The shortness of the stirrups will contribute to the agony and self-loathing you experience while trying to walk down hills the next day.

6. Like a jockey, the short stirrups help a player to stand up off the horse, which you will do for the majority of the game, at the canter. 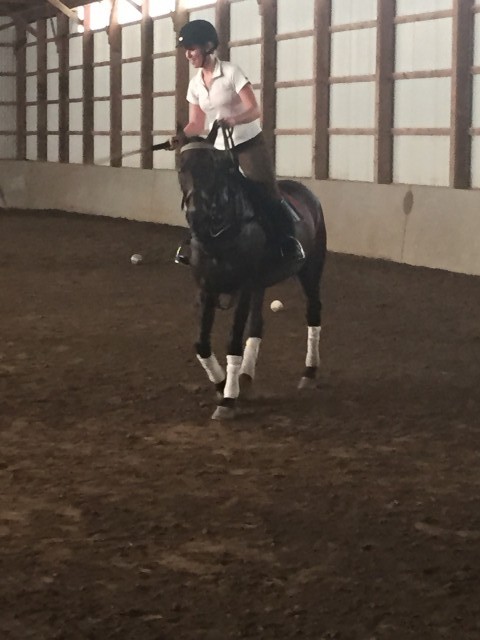 Yep, still more pain. And as you can imagine, both you and your pony need to be pretty fit.

7. If you are a hunter/jumper rider, your “two-point” position will not be sufficient for polo. You will think you are doing it right. You’ll be wrong.

The correct polo position is much more up and down. “It’s like wearing a backpack while you ride,” Emily says. This is very helpful advice, but I’m pretty sure I still look as awkward as a Kardashian on Jeopardy. 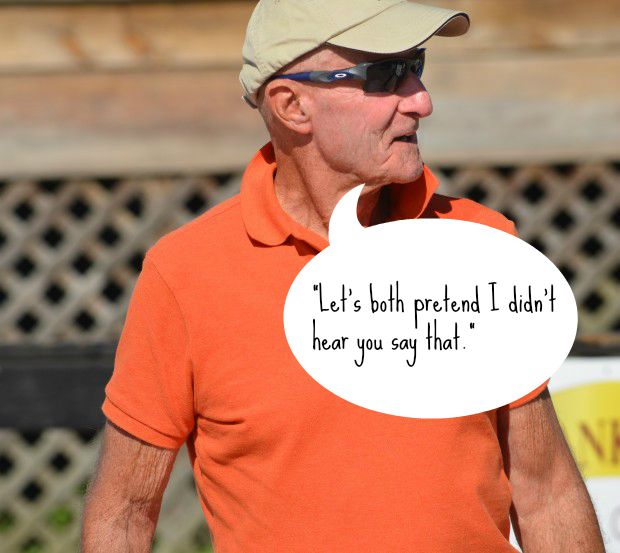 Somewhere, at a posh ringside table, George Morris narrows his eyes and shakes his head slowly.

9. Polo players wrap their pony’s tails to keep them out of the way. Same goes for roaching the mane. “If you swing your mallet and catch your horse’s tail, it can break your arm,” says Leo. 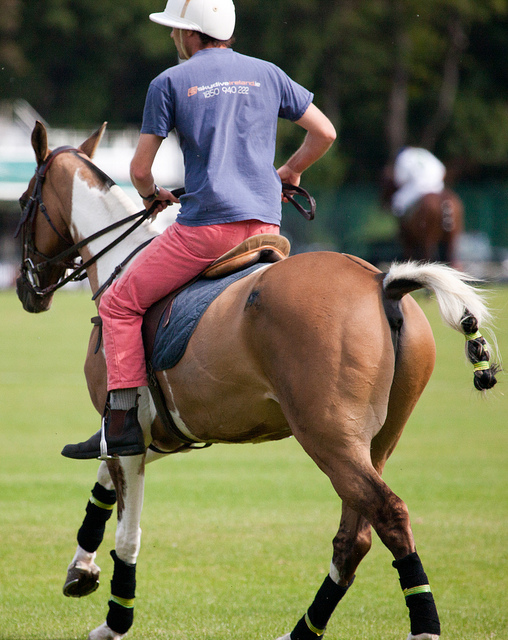 It probably gets your pony awfully P-O-ed too.

10. Swinging a polo mallet for an extended period is, like, really hard.

Holding your mallet arm at a 90-degree angle and swinging through in a fluid motion (not working against the swing) can help to improve things, but you’re probably still going to feel the burn at first. Alas, Emily says that’s just part of the game.

11. On those rare occasions when you do hit the ball, it will feel like the sun just came out.

(I should note that Milonga, seen here, might just be the best polo pony in the whole world. She’s 20!). 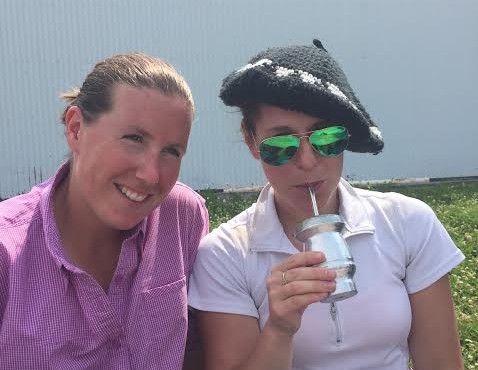 The gaucho hat is optional. But really, if you’ve ever even thought about trying polo, I can’t recommend it enough. Get in touch with your local club and see if there are lesson opportunities available in your area. You won’t be disappointed (although you may want to stock up on the aspirin and BenGay in advance).

We’ll see you out there!