Slow and Swail Wins the Race 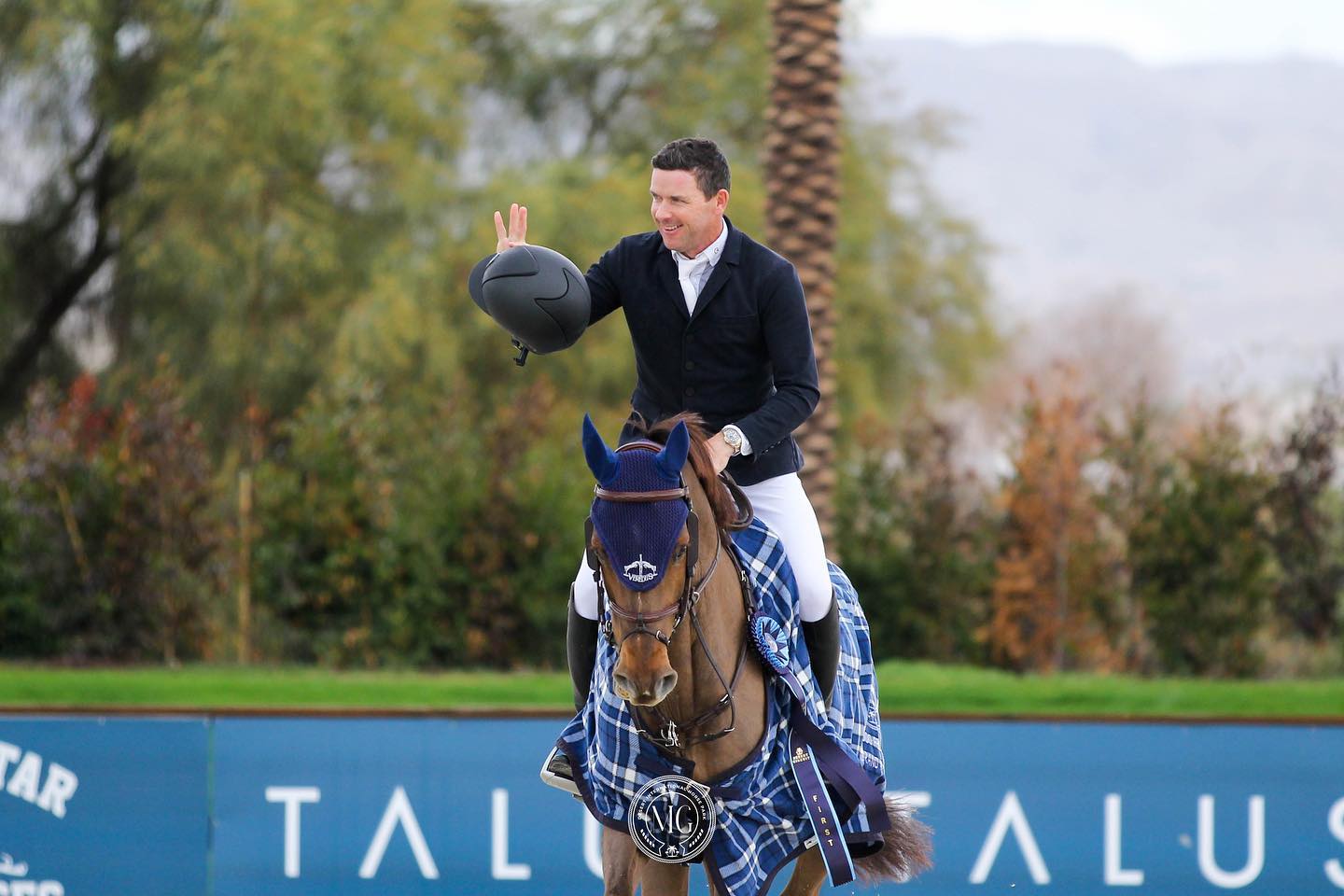 The stage was set for a blazing jump off.

All three are known to be fast riders.

All three were on proven winners.

Only it wasn’t speed that won the feature class Week II of Desert Circuit—it was strategy.

USA’s Elisa Broz kicked off the jump off with eight faults. Wathelet laid down an efficient track in 36.61 seconds but faulted at the last. Brazil’s Cassio Rivetti posted a faster time in 35.52, but also collected four faults. And King took down a pair of rails.

By the time Swail, last to return, tackled the jump off course, he simply needed a clear to clinch the win.

“I was last to go and it was two four falters, very fast, and two eight falters. So my strategy was just to sort of go around and try and go clear. I felt the horse was jumping well enough this week that we could gamble on slowing it down,” he said.

A thrilling finish? No. But a smart one, even if it confused Theo 160.

“We rolled up to fence one and he actually dove a little right on me, which he was probably waiting for me to do a sharp turn or something. And that wasn’t really the plan,” smiled Swail.

“It was just about trying to get home safely.”

“Normally, Theo is not my number one horse, but it was his job to be number one horse this week. And he really stepped up,” said Swail. “He had a fabulous week. He was second and just beaten by Gregory in the [Friday’s] 1.50 and he was fabulous today again.”

Just six months ago, however, the typically consistent pair was struggling.

In May 2022, Theo 160 posted an uncharacteristic 14 faults in a 1.50m ranking class at Thunderbird Show Park in Langley BC. They bounced back the following month and then struggled to find clear rounds in July through August.

“He wasn’t himself for a period of time there,” said Swail. “He just didn’t feel himself. I mean, he was still trying hard, but we had lost a bit of confidence and a bit of stride.”

“So we got the vet to look at him and got him feeling good again and then off we went. He had a fabulous end of the year.”

Fabulous indeed. By mid September they were back jumping clear—and winning. Over the next three months, they finished top 10 in every international class they entered save one. In their final show of the year, Major League Show Jumping Thermal I at DIHP in December, they collected a single rail over three classes.

“He is on a great run of form,” said Swail. “He finished up fabulously last year, and he’s continuing on in the good form [this year]. So it’s a great start [to the year] for me.”