Saying Farewell to the Queen, Reflecting on the Monarchy

Home > Blog > History > Saying Farewell to the Queen, Reflecting on the Monarchy 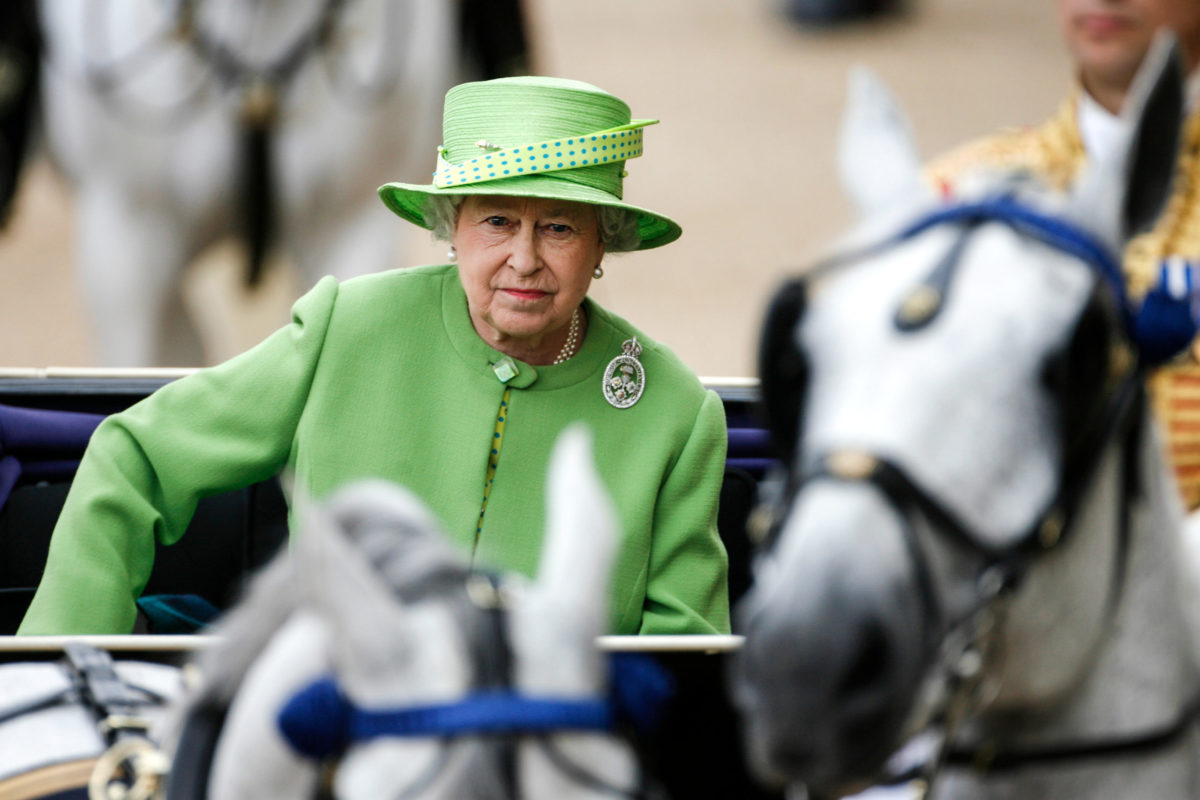 As a horse girl, I am sad about the Queen’s passing, but I understand others’ rage.

A recent photo from Queen Elizabeth II’s funeral finally broke my cold, jaded soul. It was her fell pony Emma, standing quietly with her groom, one of her majesty’s floral silk head scarves lying over the top of the saddle.

The image is among the last equestrian-related photos of Elizabeth, who is, perhaps, the most famous horse girl in the world. The pictures of her on horseback, in the back of a carriage, or smiling at new equine friends are legendary and span her entire life.

When I watched Netflix’s The Crown, I noticed that neither Claire Foy nor Olivia Coleman, who both played the late sovereign on the series, were depicted riding much. I thought avoiding such scenes was wise, as every equestrian alive probably would have scrutinized it to pieces—to be the Queen, you will need to have the horsemanship of the Queen.

In real life, the monarch of England had a decades long friendship with Monty Roberts, the world-renowned horse trainer known for his nonviolent training methods. One day, when the two rode out, she told him, “I don’t want people to know when I’m riding around who I am—I just want them to know I love horses.”

There, of course, have been many other influential people who are or have been just as horse crazy, but for some reason, the Queen’s obsession had this sweetness that even captivated me, someone who gets hives whenever something gets too glamorous. It was as if I, the daughter of a plumber and a school teacher, could’ve held a lead rope of one of her steeds, and then we could’ve talked about what we liked about its conformation.

I am sad that there is no longer a woman on the throne who would have gone gaga over Feather-footed Shires the way I do, but I also understand the pain and exploitation she symbolized for many.

Queen Elizabeth and the British Royal Family are the figureheads for the British Empire. While often romanticized, the empire stole from, enslaved, oppressed, and murdered millions during its centuries-long efforts to colonize many places around the globe. Even Though the kingdom lost much of its territory before Elizabeth II took the throne, her tenure still contained echoes of its aggression. During her 70-year reign, violent attempts to squash colonial uprisings still happened in places like Kenya, Northern Ireland, and the Falklands.

Other previously colonized territories, such as India and the islands of the Caribbean, may no longer be formally controlled by the British. Nevertheless, they still grapple with much of the racism and destruction the institution left behind.

Yes, the Queen herself did not have political power, nor is she individually responsible for what I have listed above, but she was used for and complicit in distracting us from looking at some ugly legacies many would rather not remember. Why talk about how British colonialism left many countries poor when we can talk about the Queen’s newest corgi?

“Black Twitter is on fire right now,” a friend told me on the phone the night the Queen died. She began to text me some of the best memes she had seen. At the time, I was a little taken aback, my child horse girl self momentarily overriding me, the adult equestrian who knows better. Adult me knows that if we are to survive in this complicated world, we will have to learn the truth behind two statements that the “past is never past” and that “two things can be true at the same time.”

At the heart of it all, there is room for both feelings; To be sad for the loss of a horsewoman and understand that there are terrible things that we still have yet to reconcile. Even if the view is messy, it is a realistic reflection of our world, and honesty is the only way forward.