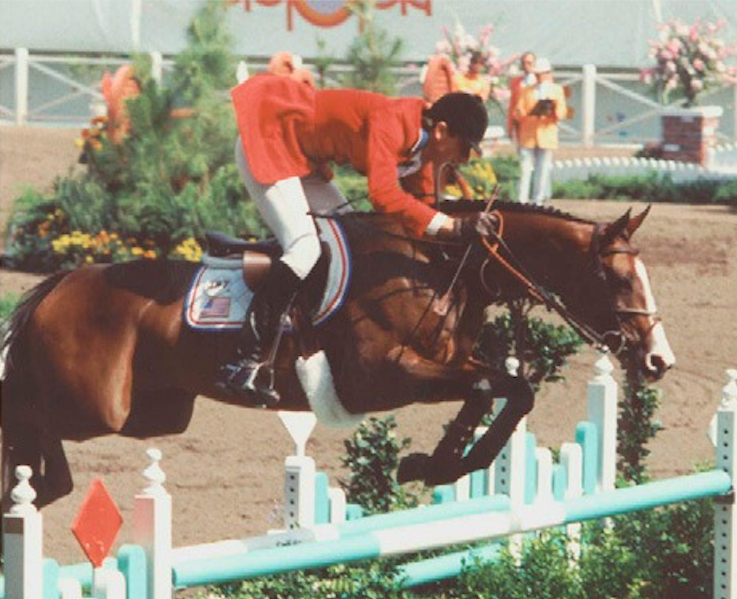 There, riding Touch of Class, he became only the second American show jumper to win an Olympic individual Gold Medal, while leading the U.S. to the team Gold as well. He rode Touch of Class successfully over 90 of 91 obstacles, an Olympic record.

Four years later Fargis added a third Olympic medal when he rode Mill Pearl to the best score in the team competition to lead the U.S. to the team Silver at the Seoul, Korea Games, where he also placed seventh individually. In all, Joe’s incredible record of success both in the U.S. and abroad spanned four full decades.

Fargis first represented the U.S. in 1970 in Lucerne, Switzerland where he rode Bonte II on the U.S.’s winning Nations’ Cup team. Over the years, he rode on more than 30 Nations’ Cup teams and was part of winning teams at many of the world’s most significant horse shows including Aachen (where he was on winning teams three times), Calgary, Rome, New York, Harrisburg and Washington, where he also won the Leading Rider Award.

Fargis won the USA-East World Cup League twice and finished fourth in the 1989 World Cup Final in Tampa. He was the Leading International Rider at the National Horse Show in Madison Square Garden in 1987. He was also a member of the Gold Medal team at the 1975 Pan American Games in Mexico City and of the U.S.’s fourth place team at the 1990 World Championships held as part of the initial World Equestrian Games in Stockholm, Sweden.

Continuing to compete well into his fifties, Fargis added more wins in the first decade of the new millennium including the $175,000 Grand Prix of the United States at the Oaks Blenheim International CSI***.

Fargis received many honors over the course of his career, including being nominated in 1984 for the AAU’s Sullivan Award, given each year to the nation’s top amateur athlete. Respected and admired by the full spectrum of the show jumping world, Fargis also made his mark as a judge, judging at major horse shows across the country, including the ASPCA Maclay, USEF Medal and USET Equitation Finals. He also served as a wonderful ambassador of the sport, giving clinics all around the world.

The Show Jumping Hall of Fame is a 501(c)3 not-for-profit charity that relies solely on contributions to operate. If you liked this story, please consider supporting its efforts to preserve our sport’s history. Donations can be made online at http://showjumpinghalloffame.org.