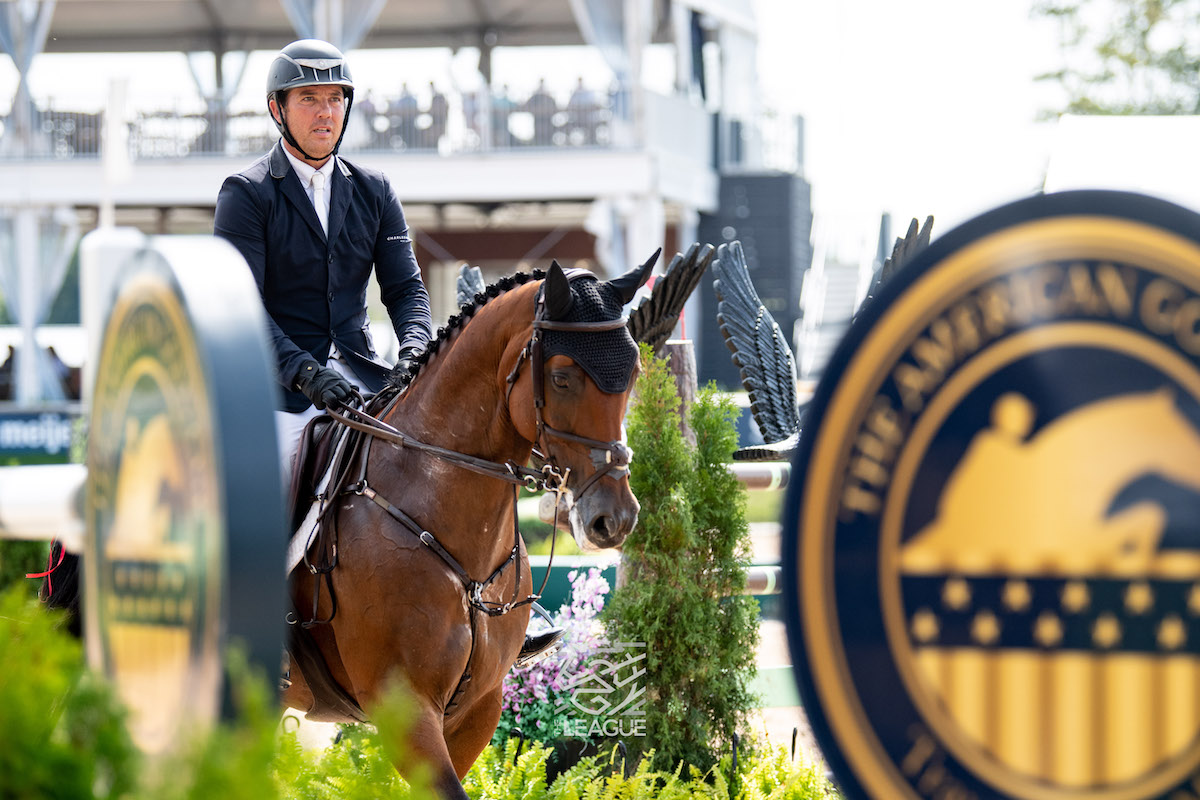 Anyone familiar with American show jumping knows, when Alex Granato and Carlchen W step into the ring, all bets are off. Especially when those bets include the current time to beat.

“He’s such a speedy horse [when I have him] on my side. So, if we do have a good day, he can be naturally quick in the jump off,” said Granato of the 14-year-old Mechlenburg gelding and his partner of more than five years.

This month at the American Gold Cup in Traverse City, Michigan, Granato and Carlchen were in top form, running away with the win–by nearly two full seconds—in the CSI 5* Lakemore Resort 1.45m Speed Stake. They also finished sixth on Sunday in the week’s main event: the MLSJ American Gold Cup CSI5* Grand Prix.

“Carlchen has been such a cornerstone of me doing these big classes. He’s been my main partner on the [international] teams I’ve been on, and at the Pan American Championships in 2019. So now, at this point, my main focus is keeping him sound and healthy so I can keep having him for future events over the next few seasons,” Granato said.

This year, the rider says, he’s been able to give Carlchen a light spring and early summer, building him toward some bigger fall classes while developing the other horses on his string, including the 10-year-old KWPN stallion, Helios Vd Nosahoeve. Yet even with time off, Granato says, one thing he never takes for granted is his horse’s conditioning.

“[Carlchen] is such a strong, fiery horse, so my main focus is on his day-to-day fitness, really focusing on his flat work, [and] working properly so we don’t have to over-jump or over-train,” Granato explained.

So, when a mutual vet friend suggested he consider a little cross-training with Wellington-based dressage instructor Hannah Michaels, Granato was all ears.

“We started working on my [eight-year-old] this season. Just his body was so far behind, and I saw such leaps and bounds in how he came along,” explained Granato, who started to consider how dressage training could benefit the rest of his string as well.

When it came to top horse Carlchen, Granato reflected, the natural blood and speed that are such an asset to the pair in the ring can sometimes have a negative effect on his rideability.

“Knowing Carlchen so well, I think [those are great things] in a lot of ways, but they can also be a little bit of a handicap,” Granato said. “I feel a little like things can slip along the way.

“[He can be difficult for] flat work, just because he gets so wound up. But I have found really working off my aides properly and staying straight from leg to hand has been instrumental in getting him a little more cutting-edge fit than he [has been] in prior seasons.”

Jump less, flat more, jump better? It may seem counterintuitive, but the proof, for Granato, is in the results.

“It’s been, I think, fundamental,” he said. “I really see it paying off in all my horses.”