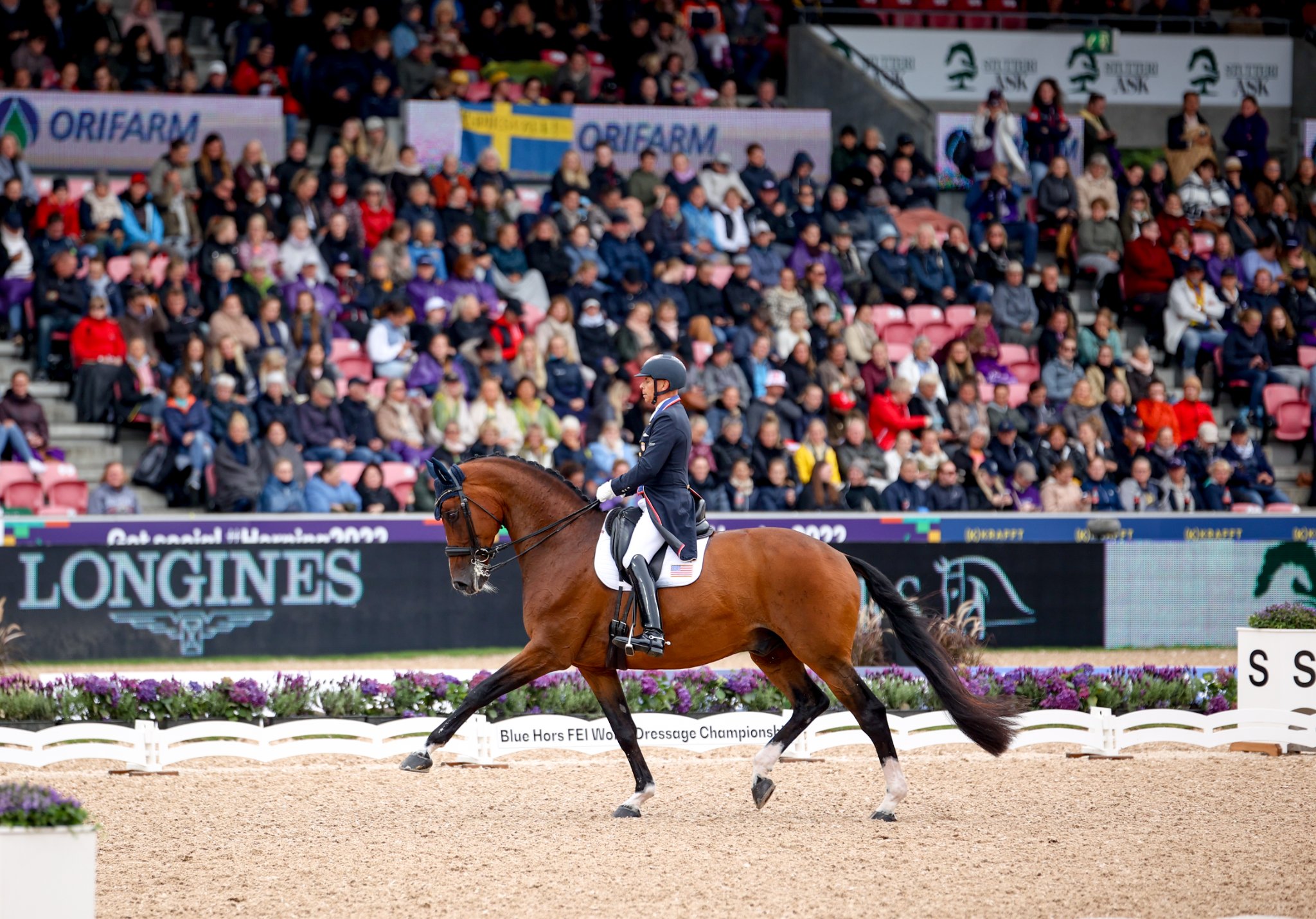 The Americans didn’t make the podium at Herning 2022, but it’s mission accomplished as far as the team is concerned.

Team USA squeaked in with a sixth place finish on a team total of 220. Steffen Peters and Suppenkasper earned the highest score for the team with a 74.767%.

Also Paris bound with podium finishes at Herning are the home team, Denmark (gold), Great Britain (silver) and Germany (bronze). Sweden and Netherlands round out the top five with fourth and fifth place finishes, respectively.

The path to Paris begins.