O’Shea Cracks the Code in the Queen Elizabeth II Cup 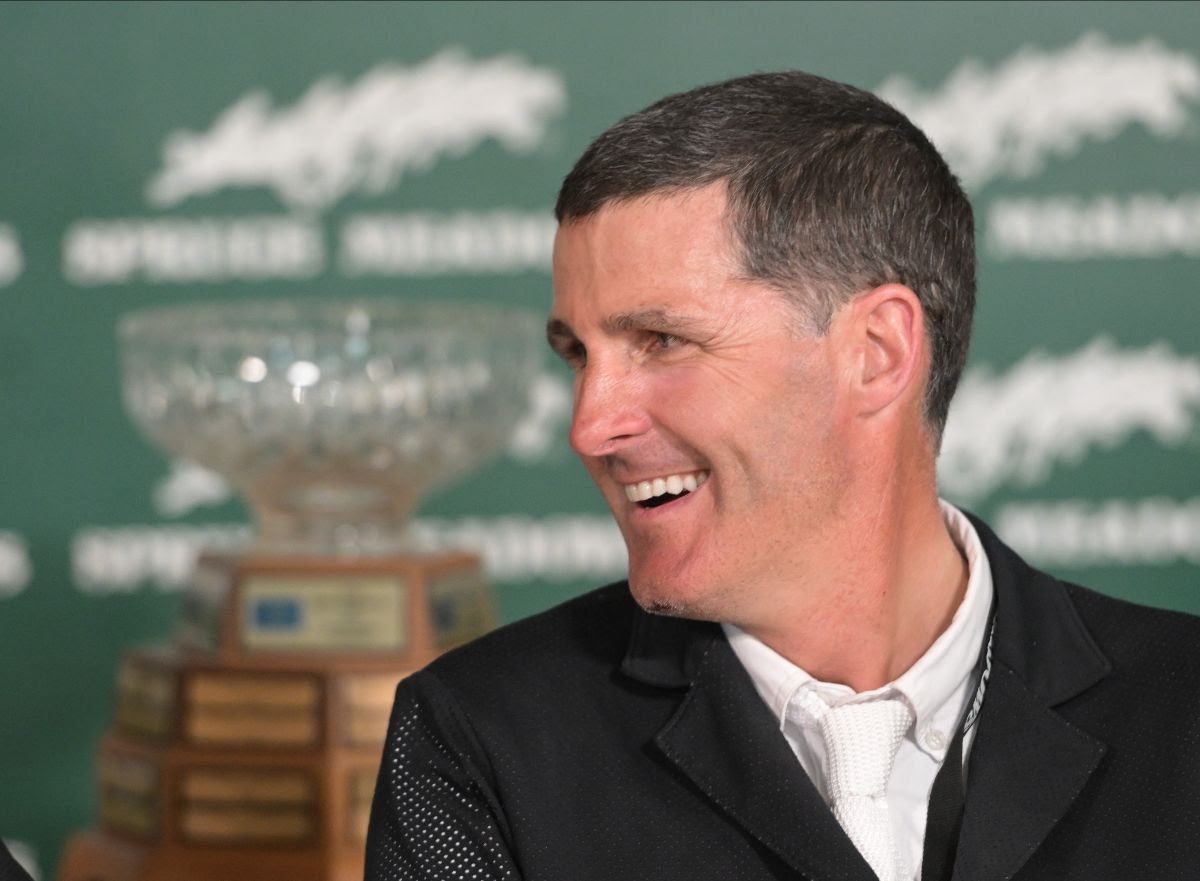 “Sport is drama…and there was a lot of drama today,” said course designer Peter Holmes.

The ATCO Queen Elizabeth II Cup, the feature event of the North American tournament at Spruce Meadows in Calgary, AB, saw 30 combinations ride under the clock tower Saturday afternoon to contest Holmes’ two round, 1.60m track. Seven pairs found clear paths around the challenging first round, including past winners Kent Farrington and Beezie Madden. None would repeat the feat.

With the top 12 returning in reverse order, it was two of the fastest four faulters from round one that set the measure in round two. Mexico’s Eugenio Garza Perez with Contago and Patricio Pasquel aboard Babel came home on clears in 64.43 and 65.36 seconds, respectively, in the second round.

Then, one by one they climbed the leaderboard as the rails fell for the riders in front.

Paul O’Shea (IRL) was the first of the original seven to leave all the fences in place a second time, but ticked half a second over the time allowed to finish on one fault.

But the rails kept coming. Four faults ended Chedraui’s hopes. Disaster struck for Madden with a run out at the double of liverpools on the final line. She opted to retire. Willis and Blue Movie ticked the oxer at fence 7 to hand O’Shea the win.

In the end, it was a trio of veteran combinations on the podium. O’Shea (IRL) took the win, his first at Spruce Meadows Summer Series. Garza Perez and Pasquel finished second and third, respectively.

“The first two weeks I did not ride well. It really took me a while to get used to the jumps and the atmosphere and the hill and everything. And it just didn’t go my way at all,” shared O’Shea.

Spruce Meadows courses are unique in that the rails are several feet longer (16′ versus 12′) and heavier than the light poles commonly used in show jumping. It is also the only venue where all the rings are turf, the natural undulations on the fields a mitigating factor in how the courses ride.

“Then last week and this week, I was knocking on the door,” he continued. “I had the fastest time with one down [on Squirt Gun] in the [the Pepsi Challenge 1.55m] on Thursday.”

“He’s is a fantastic partner,” said O’Shea of the Belgian warmblood gelding. “I’ve been riding him since [he was] eight, he’s 14 now. He’s incredibly scopey. The jumps feel very small when you’re on him—no matter how big it is, it just feels easy for him. And he’s a great water jumper. I had a feeling that he would like it here because he’s very brave and he did.”