Charlotte Jacobs Breaks onto the Five-Star Stage at Hickstead   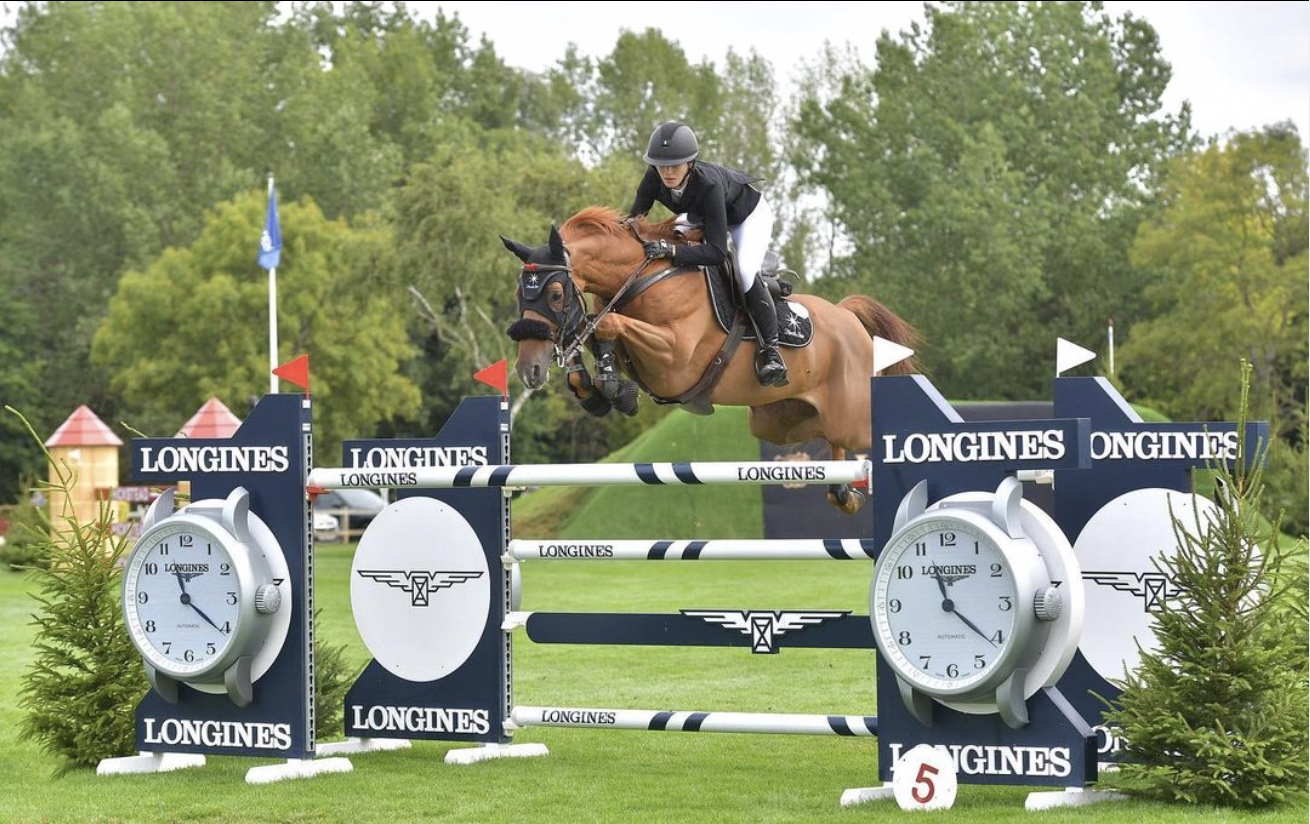 At the Longines Royal International Horse Show at Hickstead (GBR), you could find two Americans on the list of definite entries.

One was World Championships-bound Brian Moggre. The other was Charlotte Jacobs.

Jacobs, 27, took a five-year break from international competition between 2015 and 2020, during which time she and her family’s North Star operation focused on breeding and bringing up young horses; Charlotte herself was also attending college at the University of Miami. Her string consisted primarily of 5-, 6- and 7-year-olds, and even in 2021, Jacobs jumped almost exclusively in CSIYH1* events.

But 2022 has brought about a distinct change. Paired with mounts Edocenta (10) and Rincoola Milsean (9), Jacobs has begun making a splash as she’s quickly climbed the ladder to the ranks of top sport. Her trainer of the last three years, Greg Broderick, has also played a key role, as has spending a more concentrated amount of time in Europe in the summer months.

“I’ve been very lucky to add a few special horses to my string in the past few years,” Jacobs said. “[Broderick] has an incredible understanding for developing young horses to jump at the highest level. I’ve been very fortunate to find the horses that I have thanks to my parents and Greg, and luckily we all have similar visions as to what we want in the future.”

“I also brought my 7-year-old Thomascourt Ballypatrick; he’s qualified for the Dublin Horse Show, so showing at Hickstead is a perfect preparation for that.”

A look at Jacobs’ record reveals a somewhat unusual trend for a rider breaking into the five-star level. Neither of her top mounts had experience at the level before joining her string, and the majority of the mounts she’s campaigned have been young or inexperienced. Moreover, Jacobs jumped at only three CSI3* shows since making her FEI “comeback” and all but skipped over the four-star level before confidently striding into a five-star event.

What signaled her readiness? Her 117 CSI2* starts suggest a strong level of preparedness and degree of mastery that may not have required so much of a bridge between levels.

“All three horses that I’m jumping at Hickstead came into my group at the ages of 6 and 8,” Jacobs said. “This is [Edocenta and Rincoola Milsean’s] first five-star as well as mine, so it is definitely a big step. That being said, both of them have been consistent and given me an immense amount of confidence.”

Jacobs jumped her first two senior Nations Cup events this summer at Lisbon (POR) and Madrid (ESP), both part of the EEF Series, a developmental Nations Cup league held throughout Europe each summer. With Edocenta and Rincoola Milsean, Jacobs is averaging less than a rail (3.75 faults) across all heights and CSI levels. Clearly, what this group may lack in experience on paper, they make up for in partnership.

“I know both of them very well, so I feel comfortable stepping up,” she said. “The glory of having horses from a younger age is you really get to know them, inside and out.”

The key to Jacobs’ success has unquestionably been her role in her horses’ development. While she may play the role of the rookie at Hickstead, when it comes to horsemanship, there’s no doubting she’s already put the time in—and she intends to continue doing so.

“As for my future goals, I do love jumping at a high level,” Jacobs said, “but I always want to be involved in the production side of it.”

Incorporate Jacobs into your fantasy selections at Prixview.com/fantasy.