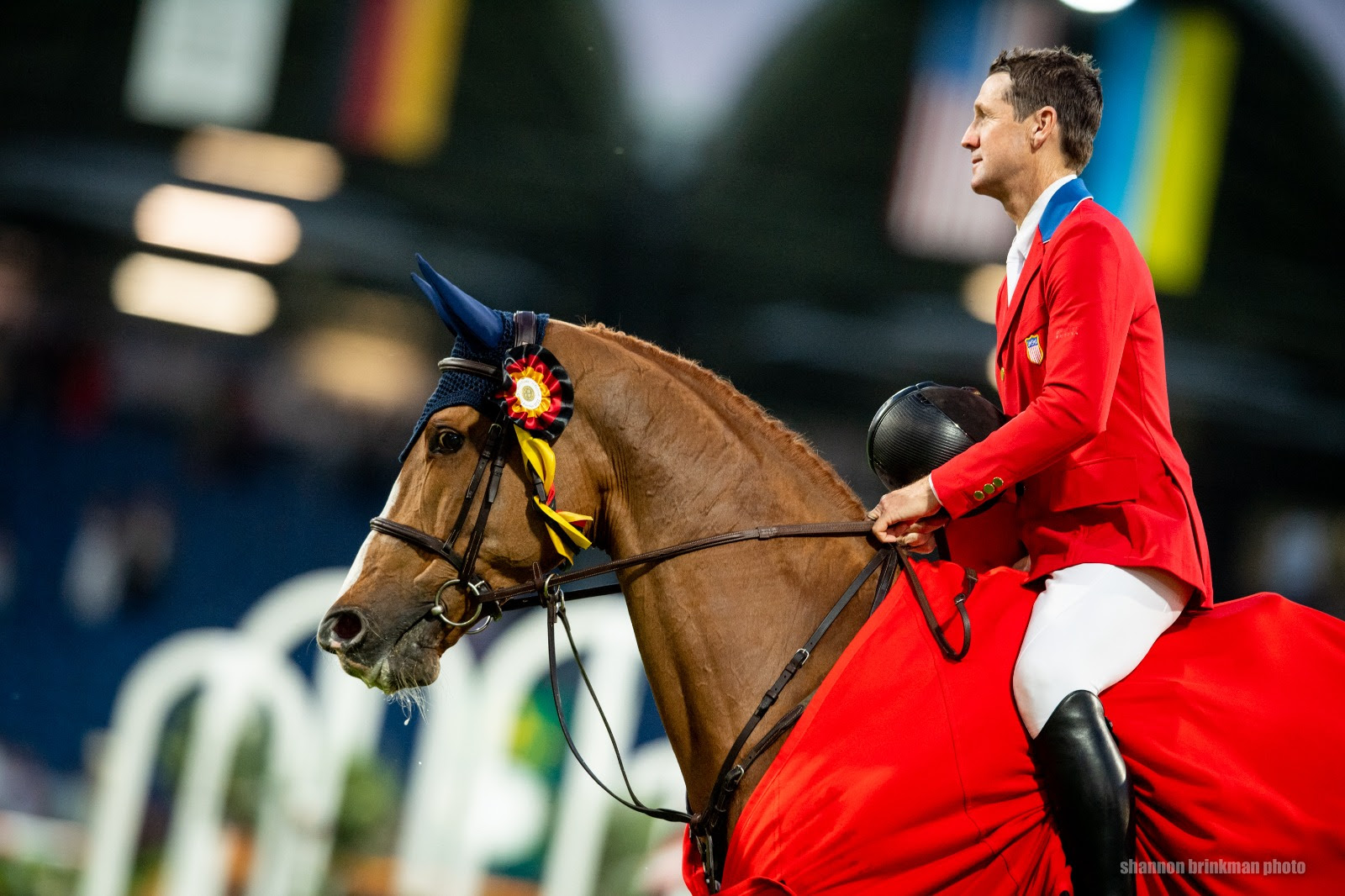 “I have come here for many years and saw how one of my mentors won the Turkish Airlines-Prize of Europe and I always thought one day I will win it too. And now, 27 years later, the time has finally come.”

That was four-time Olympic medalist McLain Ward (USA) after winning in Germany on Wednesday.

The show: CHIO Aachen, of course.

Riding his 2020 Tokyo Olympics team silver medal partner Contagious, Ward finished the second round in the Turkish Airlines-Prize of Europe 1.60m on a time of 41.41 seconds. Hot on his trail was current world No. 1 Martin Fuchs (SUI) in 41.48 seconds aboard 11-year-old Holsteiner gelding Conner Jei. World No. 5 athlete Conor Swail (IRL) rounded out the podium in 44.29 seconds with 15-year-old gelding Count Me In, a horse previously ranked first in the world.

Contagious is a special horse for Ward, and so was the victory. The Prize of Europe is one of the world’s most prestigious classes, the title being held by some of the sports most legendary horses, such as Fine Lady.

“Aachen is the best show in the world for us, which means the most to us riders, and the Grand Prix, the Nations Cup and the Prize of Europe are the competitions with the longest tradition, the main events, which is why it is very important for us and a big honor for me,” continued Ward.

“Contagious was simply fantastic. I think it is a class that each of us dreams of winning one day.”

Contagious caught plenty of lift en route to the iconic venue, coming off of top finishes all over the world in the past six months. He won the CSI4* Grand Prix 1.60m in Wellington, Florida in March and the first round of the CSI-W Final 1.55m at the World Cup Finals in Leipzig, Germany in April. Another first in the CSI4* 1.60m at Devon Horse Show in Pennsylvania in June made it a golden trio.

Owned by Beechwood Stables and Andreas Eisenmenger, Contagious has campaigned with Ward since 2018 when he picked up the ride from U.S. Olympian Reed Kessler. And the stats say he’s only getting better, accounting for a 60% clear round and 63% top ten finish rate at 1.60m out of 42 rounds according to JUMPR App.

Aachen is a show often described as being in a league of its own. It draws a pool of international talent deeper than the oceans riders are willing to cross to get there. So, a win in any class is high on every rider’s lifetime achievement list.

For those making their Aachen debut, the memory is all the more sweet. Just ask Swail.

The Irish rider clinched the Prize of StädteRegion Aachen 1.50m earlier in the day with nine-year-old stallion Nadal Hero & Db in his first trip around the iconic grass field.

“I may never get the chance again in my life and I have two super horses with me,” said Swail of Nadal Hero and Count Me In.

Dubbed “New Guy Ned” only one month ago, Swail had to retire the charming nickname for his latest steed quickly. Ned won his first 5* in the CSI5* Maui Jim Speed 1.45m at MLSJ Vancouver at Thunderbird Show Park in May, followed immediately by a win in the next day’s Winning Round CSI5* 1.50m.

Two weeks ago Ned came first and second in a pair of CSI5* 1.50m classes at Spruce Meadows in Calgary, Alberta.

“[Nadal Hero] is just nine and I have only ridden him at five or six shows. We still have work ahead of us; we have to improve his rideability slightly. But he loves cantering and jumping. So, I think it is a super experience for him to compete here, also against the older horses,” said Swail.

“He has already jumped a five-star Grand Prix and was clear. I think he might become a really, really good Grand Prix horse.”

Hate to break it to you, Conor. Based on the results, he already is a really, really good Grand Prix horse. Watch out world rankings. Ned is coming up.