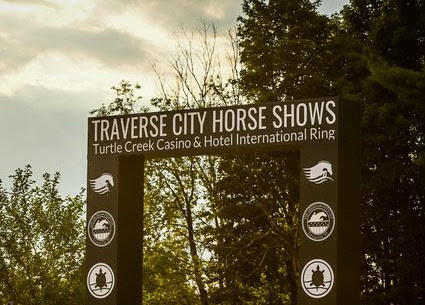 The 13-week Traverse City Horse Shows (TCHS) series in Michigan will run as planned, despite reports of a potential suspension due to Acme Township zoning violations.

“We would like to assure all athletes, partners, vendors and spectators that the property will open for competition on June 8,” TCHS wrote in a press release.

All changes to the facility are being made with prior authorization from the township and are operating in accordance to the law, continued TCHS. Meaning, there is no need to unhitch your trailers. You can still take your horse to show at the Great Lakes.

The Acme Township Board of Trustees unanimously approved an application for a special use permit in April, but with conditions. TCHS are on track to meet all of those conditions and open the horse park as scheduled.

“Flintfields Horse Park is located in Acme Township, which has historically regulated operations at the facility through its zoning ordinance. Expansions and upgrades to the facility have been approved and are moving forward with all appropriate permissions. At this time, Traverse City Horse Shows is proceeding with preparing Flintfields Horse Park for the beginning of the 2022 season.”