Exell Drives into the Lead at Windsor

Home > Blog > Driving > Exell Drives into the Lead at Windsor 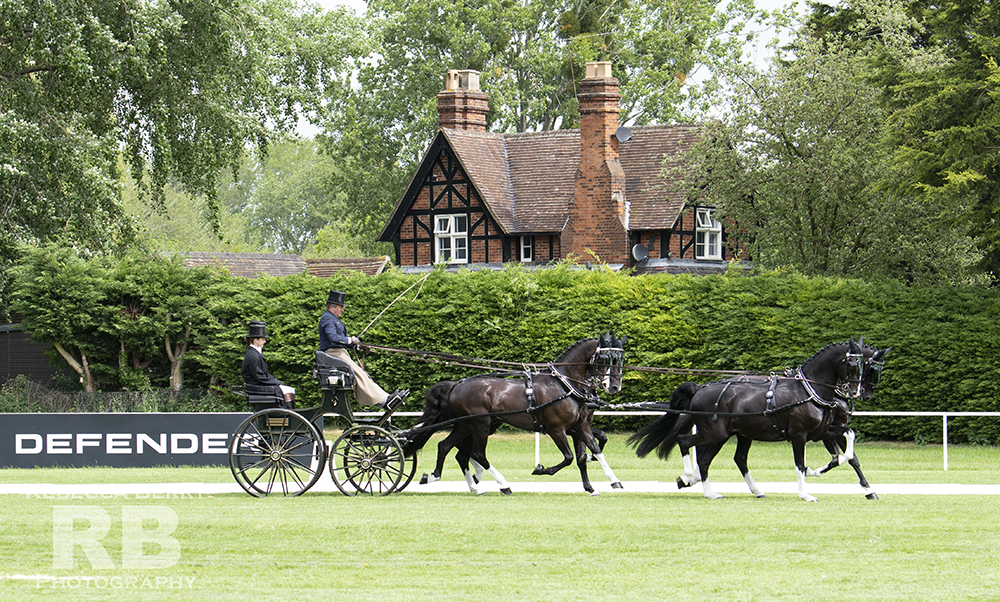 If you were looking for an idyllic backdrop for the sport of four-in-hand driving, the Queen’s back garden is hard to top.

Tucked away in a quiet corner of the sprawling grounds of Windsor Castle and surrounded by a carpet of finely manicured green, the driving arena saw 15 teams, including six of the world top 10, kick off CAIO4* four-in-hand driving at Royal Windsor Horse Show.

A morning of dressage saw World No. 1 Boyd Exell (AUS) drive straight into the lead—as he often does—on a score of 32.79.  The five-time World Champion and nine-time FEI World Cup Driving Champion has won the World Cup qualifier at Windsor every year since 2016. And twice before that.

Trailing almost ten points behind Exell is the third generation driving champion and current World No. 4, Ijsbrand Chardon (NED) on a score of 41.12. Chardon has four individual world titles, 19 Dutch national titles and has won the prestigious driving competition at CHIO Aachen 12 times. He’ll be giving Exell a run for his money at Windsor.

Rounding out the top three is the top female driver in the world Mareike Harm (GER) on a score of 45.05. Harm is the first woman ever to compete in the Four-In-Hand World Cup Championships and has represented Germany at the World Equestrian Games in 2018 in Tryon, NC where she finished 12th individually and helped her team to a fifth place finish. She’s currently ranked world No. 11 and also competes in show jumping and dressage. Because why not?

Sitting in fourth and just a point and half behind on a score of 46.85 is USA’s Chester Weber with his team of bays.