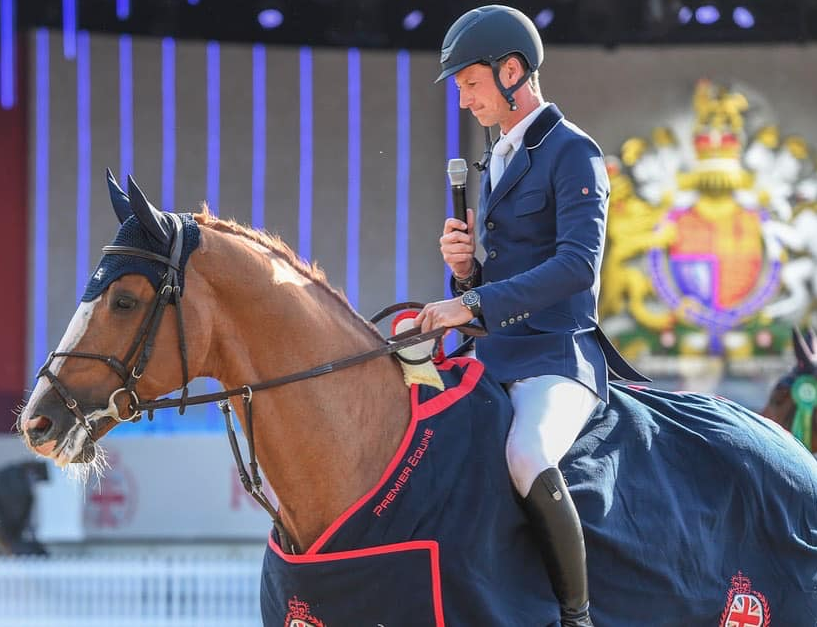 Presided over by the Queen of England herself, Daniel Deusser (GER) was crowned the winner of the CSI5* Pearl Stakes at the Royal Windsor Horse show.

The german rider was number one in the world in 2021 leading into the Tokyo Olympic Games, but to be awarded a title by the Queen arguably is of similar distinction.

With the 11-year-old Selle Français stallion Bingo Ste Hermelle, Deusser topped the 30 horse class. He jumped-off in 36.32 seconds, unable to be caught by the other four who advanced to the second round. You could say in the end, Bingo was his name-o. Okay, no more bad puns. I promise.

Deusser took over the ride on Bingo Ste Hermelle from Martin Alejandro Jimenez Valdivia in 2021, but he didn’t necessarily have any grand plans in the beginning.

“He’s a very cute horse I have to say. I didn’t have any expectations when I got him, but he actually always jumps his heart out and tries really hard in bigger classes. He had a little bit of a break in the winter and now I’m trying to build back up. But if he gives me the form of today I’m looking into the future,” said Deusser.

Deusser is currently number ten on the Longines World Ranking list, but the Stephex rider never lets anyone get too comfortable in the other nine spots. He’s held the top place three times already, and if he keeps winning five-stars, a fourth time is surely within his gloved reach.

“I thought jump one to two would be a little bit faster, we had also enough mistakes here and there, and I was a bit lucky today that what I gave them as a pace was fast enough. And then it was of course it put a little bit pressure on the other riders,” said Deusser of his jump-off.

Maybe Deusser didn’t have big expectations for Bingo Ste Hermelle, but the Pearl Stakes wasn’t his first 5* win. In August 2021, they were first in the CSI5* Global Champions Tour Grand Prix in Valkenswaard. Bingo has also collected a total of 284,110 Euro’s in prize money, and sports a 33% Top 10 finish rate according to JumprApp.