Home > Blog > Health > A Small Horse With a Big Problem 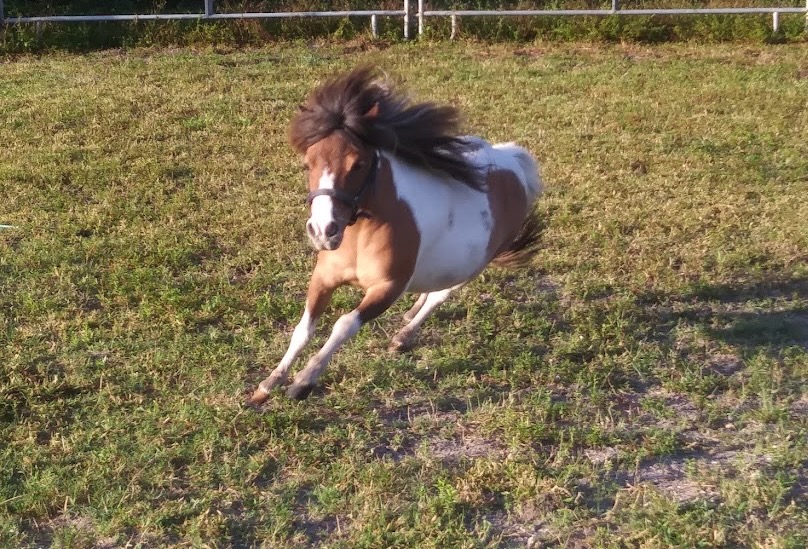 Although small in stature, the 10-year-old miniature horse named Itty Bitty is anything but shy in personality.

When owner Julie Russell of West Palm Beach, FL, and her good friend Mary Katz noticed a difference in Itty Bitty’s outgoing disposition, they knew something was wrong.

In August of 2018, Russell left Itty Bitty in the care of Katz while she went on a business trip. One evening, Katz noticed Itty Bitty was acting aloof and not vocalizing for food or attention as she normally would. She quickly called Russell, who knew it was an early warning that something was wrong.

“Usually, Itty Bitty is extremely talkative and always begging for food,” described Russell. “That night she did not want to stay on her feet and wasn’t interested in eating at all. Mary kept walking her but when she wasn’t passing manure, we decided together that it was time to call Palm Beach Equine Clinic.”

Itty Bitty was initially seen by Dr. Bryan Dubynsky of Palm Beach Equine Clinic (PBEC) on the evening of August 14, 2018, at Russell’s farm. Russell made the decision to send the mini to PBEC the following day because she was still laying down and seemed to be in pain. When Itty Bitty unloaded at PBEC on August 15, the team of veterinarians began a physical examination and colic evaluation.

“The veterinarians sent me photographs and videos of Itty Bitty while she was there,” explained Russell. “I can’t even tell you how comforting that was because I was out of town. I could absolutely tell from the photographs that my mini was extremely bloated so, obviously, she had a lot of air in her that needed to get out. I was told that PBEC had expertise with minis, so I knew she was in good hands.”

When the veterinarians evaluated Itty Bitty, they noticed that the mini had labored breathing. Additionally, the little mare had gas distention in the abdomen. This occurs when air or fluid accumulates in the abdomen and causes it to expand.

After this procedure, Itty Bitty still had severe gas distention in the abdomen, increased respiratory effort, and was not passing manure. The veterinarians decided to trocharize the cecum, which is a large muscular sac that stores water and electrolytes located at the intersection of the small and large intestines. This procedure involves inserting a needle into the cecum to relieve gas and alleviate pain.

The trocharization successfully decompressed the abdomen, and Itty Bitty’s breathing returned to normal. The next day, Itty Bitty passed manure and was starting to act like herself again.

“I hadn’t heard of this procedure before, but I was told it was a less invasive and less traumatic way to try and cure the colic,” explained Russell. “After the trocharization, she turned the corner and continued to get better.”

On August 18, Itty Bitty was allowed to return home. Russell was given specific instructions for Itty Bitty’s feeding and was encouraged to hand walk the mini to support gastrointestinal health and help maintain a healthy weight.

“When she came home, she went right back to her old self: hungry and devilish,” noted Russell.

Since returning home, Itty Bitty did have one minor colic scare. Russell gave Itty Bitty mineral oil and walked her, and the mini was able to recover on her own. If Itty Bitty had not made a quick recovery, PBEC would have been Russell’s first call.

“The sensitivity of the veterinarians at PBEC was phenomenal,” commented Russell. “I’ve owned horses all my life and have never had more kindness shown to me and my horses. I, of course, wanted the best care, but the kindness and genuine compassion they had were just priceless for me.”

Itty Bitty continues to enjoy her pampered life where she is the boss of Russell’s farm. Although she is trained to drive, Itty Bitty mainly focuses on being in charge of the horses in her field and getting dressed up with headbands and glasses for fun. 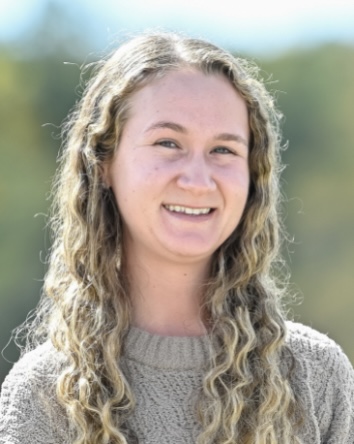 Sabrina Brashares is a dedicated horse lover with years of experience in the hunter/jumper world, both in the barn and behind a computer. Originally from Connecticut, Sabrina knew early on that working in the equestrian industry was her calling. In 2021, she joined the Jump Media team where she combines her passion for the equestrian world with a dynamic career in public relations.