Why Kentucky is the Horse Capital of the World 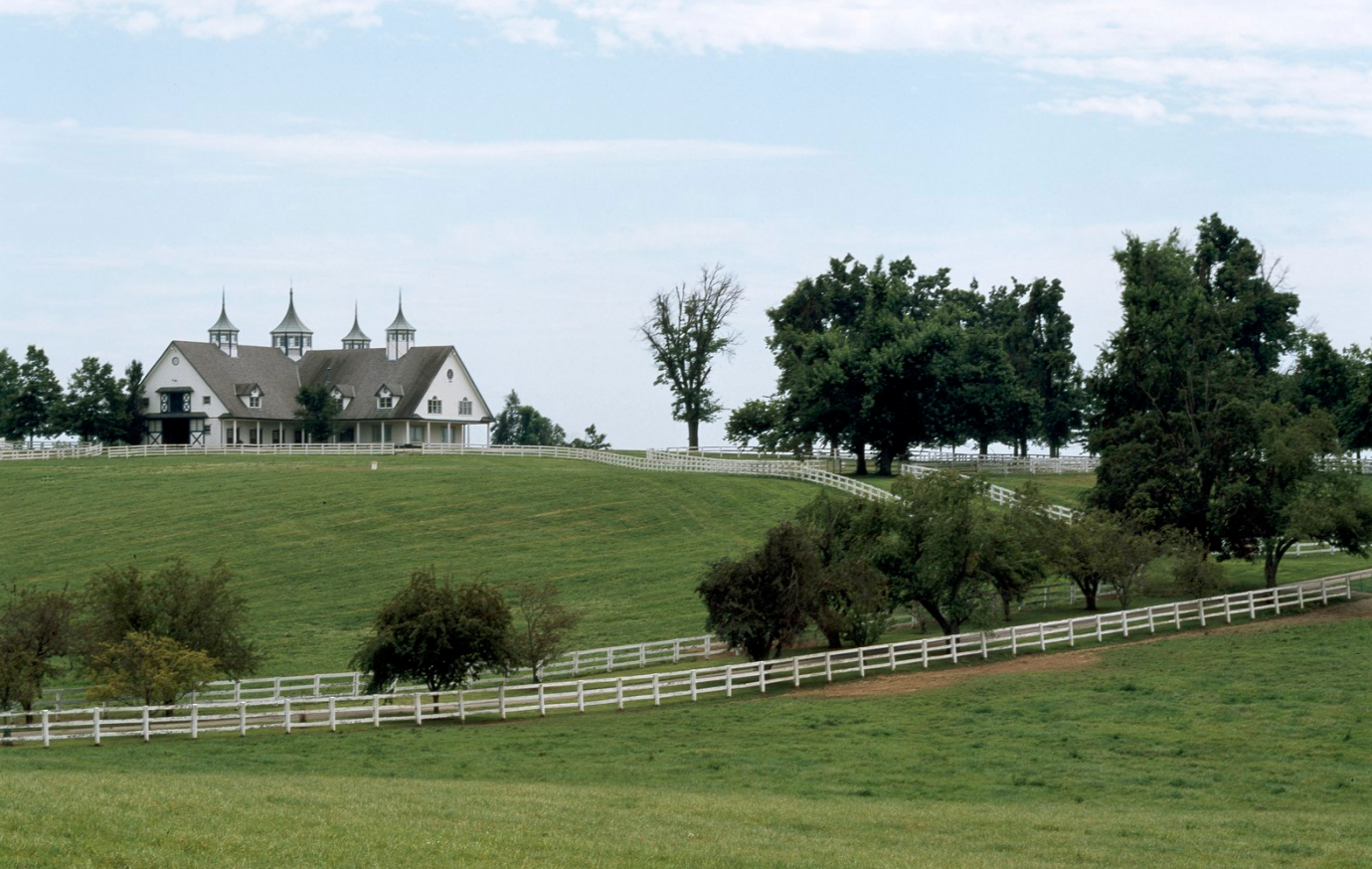 With both the Land Rover Kentucky Three-day Event and the Kentucky Derby running back-to-back weekends, the state of Kentucky is to become a hive of activity.

I thought now would be the ideal time to explore the Horse Capital of the World, though I hear there are a few of those around.

What makes Lexington, Kentucky so special that it is deemed the Horse Capital of the World? I believe the answer has something to do with bluegrass and limestone, but if someone were to ask me to elaborate I would have to cause a distraction to exit the conversation. Until now, that is.

The bluegrass of Kentucky is green, but it’s called bluegrass because in the spring the grass has bluey/purpley buds that give the beautiful rolling fields and blue hue. Hence bluegrass.

The water of Kentucky is filtered through limestone, and is mineral-based which helps to produce strong bones in horses and helps to keep the region’s whiskey free of impurities. Phew. This water has a high PH (great for fermentation if you run a distillery) and contains lots of calcium (great if you run a breeding farm). Since Kentucky is on a limestone shelf of sorts, it makes the soil fertile which is perfect for growing pastures of bluegrass for all your horses.

Why the Name Churchill Downs?

In 1872, Colonel Meriwether Lewis Clark attended the Epsom Derby in England which got him thinking that perhaps the USA needed a fancy horse race, too. Once home from his trip abroad he set to work building a track with the idea of spotlighting the Kentucky breeding industry. The first thing he did was lease 80 acres from his uncles John and Henry Churchill. Need I go on?

Churchill Downs officially held its first race day on May 17, 1875, which consisted of three major stakes races – the Kentucky Derby, Kentucky Oaks and the Clark Handicap, which were fashioned after the premier races in England – the Epsom Derby, Epsom Oaks and the St. Leger Stakes.

And those iconic twin spires that Churchill Downs is noted for were built in 1895 as part of a new grandstand.

I can easily get on board with the terms racetrack or racecourse, but “downs” has always perplexed me.

The word downs (in the context of which we speak) is from Old English dun meaning height, hill or moor. In the 14th-century, it came to mean elevated treeless rolling grassland or pastureland. If we think about the racetracks in the UK, vast and rolling, and since Lewis Clark mimicked Epsom Downs in all the important ways, I believe we have a full understanding as to why we now have Churchill Downs.

Keeneland Racecourse got its name from the original owner Jack Keene, whom I guess, just tacked the world “land” onto the end of his name.

The history of the Kentucky Horse Park (KHP) traces back to names such as Patrick Henry, who famously said, “Give me liberty, or give me death,” and folk hero, Daniel Boone. The park itself was established in 1978, but horses have been galloping across the rolling hills (downs?) of the park for over 200 years.

Today the KHP is an educational theme park, an international competition venue and a working horse farm. It also owns a 1931 one-and-half-ton REO Speedwagon, which, it turns out, is more than just a band from the 80s. It was a horse transport vehicle and is one of only three in the world.

Economic Impact of Horses in Kentucky

If you are lucky enough to be heading to either the Kentucky Three-Day or the Derby and are inclined to lengthen your horsey holiday week, might I make a few suggestions?

April 8-29 – Keeneland Spring Meet. Keeneland is located across the street from the Blue Grass Airport and is the prettiest racetrack you could ever hope to see. Go for an afternoon of races, take a tour, watch morning workouts or just walk around even if nothing is happening. You can stop in before catching your plane back to reality.
April 23-29 – Churchill Downs holds a neat thing called Dawn at the Downs. If you are willing to wake up painfully early you can railbird your morning away watching some of the Kentucky Oaks and Kentucky Derby horses gallop past, for free. FREE.
April 28- May 1 – Land Rover Kentucky Three-Day Event, which is the #BestWeekendAllYear, for sure.
May 6-7 – Starting with the Kentucky Oaks followed by the 148th running of the Kentucky Derby.

Let’s say you stay an extra day or two but find not much happens on a Monday. Fear not, there are a ton of horse farms in the Bluegrass region, so you and your rent-a-car can go for a drive. While on your drive you can make a pitstop at a whiskey distillery and learn the difference between bourbon, whisky and scotch. You can also sign up for a farm tour. That is how I was able to see American Pharoah in all his bay handsomeness. You don’t always get to meet the greats, but you might at least see their stall and name plaque.

Kentucky is all about horses and if you have the opportunity to visit Lexington, I say do it!