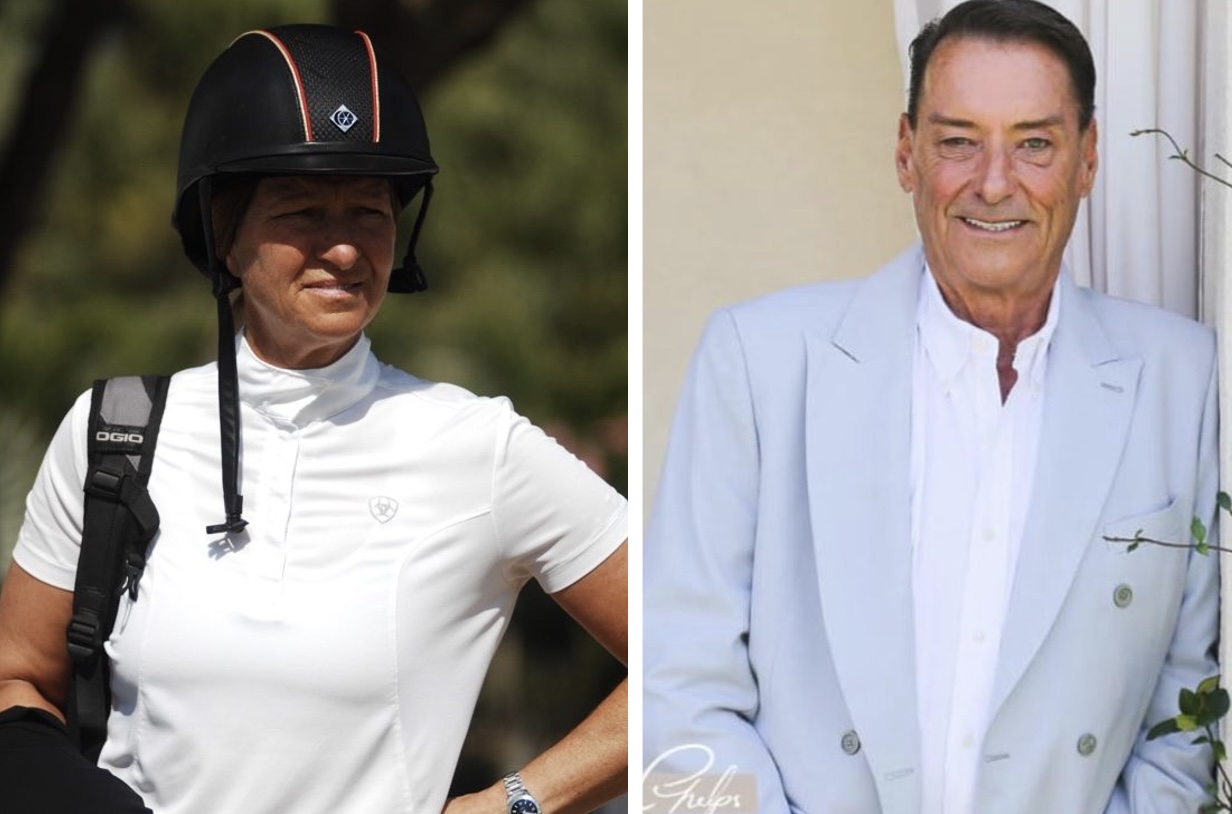 Every year, the Show Jumping Hall of Fame opens its’ vaulted archives to the greatest horsemen and horsewomen of our time.

Induction is a honor bestowed upon individuals whose contributions to the sport have set them apart and whose influence has had a significant impact on the sport of show jumping and the equestrian community.

This year, the Election Committee, comprised some of the nation’s top riders, trainers and officials, has elected Olympic veteran Beezie Madden and late media executive and fundraiser Mason Phelps Jr. to the class of 2021.

Which is to say: ’bout time, friends.

Here’s a recap Madden and Phelps considerable accomplishments, courtesy of the Show Jumping Hall of Fame:

For over three decades, Elizabeth “Beezie” Madden has been one of the nation’s—and the world’s—most successful riders.

As a mainstay on four consecutive Olympic teams, Madden won team Gold medals in 2004 and 2008 (both with Authentic) in addition to team Silver in 2016 (with Cortes C) and the individual Bronze in 2008. She won team and individual Silver at the World Equestrian Games in 2006 and team and individual Bronze in 2014 when her mount, Cortes C, was named “Best Horse.” Madden is the only American rider to win an individual medal in show jumping World Championships more than once!

Madden’s team Gold medals at the Pan American Games came with Conquest II in 2003 and Coral Reef Via Vola in 2011 when she also won the individual Silver. She also won team and individual Bronze with Breitling LS in 2019. Madden has also ridden on 18 winning Nations Cup teams.

In addition to her World Cup wins on Simon (2013) and Breitling LS (2018), Madden has wins at some of the world’s biggest and most prestigious events including the Grand Prix of Aachen (2007), King George V Gold Cup at Hickstead (2014, 2015), $1 million International Grand Prix at the Spruce Meadows Masters (2005, 2019) and Spruce Meadows’ Queen Elizabeth II Cup (three times) in addition to virtually all of this country’s biggest Grand Prix including the President’s Cup, National Horse Show, American Gold Cup, Hampton Classic, $1 million HITS Grand Prix (three times), American Invitational (2005, 2007, 2014) and many of the various Grand Prix at the Winter Equestrian Festival.

Madden was the first American to be ranked in the top-three on the FEI Jumping World Ranking List and the first woman to pass the $1 million mark in earnings.

Madden was named the United States Olympic Committee (USOC) Female Equestrian Athlete of the Year in 1989 and in 2020 she was inducted to the Intercollegiate Horse Shows Association (IHSA) Hall of Fame. She also ranks second in career money won at Spruce Meadows.

In addition to competing, Madden runs a successful training and sales business with her husband John out of their Cazenovia, N.Y., and Wellington, Fla., bases. She has served on the boards of both the USEF and USET Foundation.

Mason Phelps, Jr. was the epitome of a lifelong equestrian, maintaining an undeniable relevance in the sport that defined his personal and professional life. His contributions to the equestrian world included being an Olympic athlete, trainer, event manager, governance leader, media executive and philanthropy organizer.

Phelps’ passion for horses and equestrian sports started early. He successfully competed in eventing and in hunters and jumpers. In 1968, he was named USCTA Rider of the Year and was alternate to the U.S. Three-Day Team for the Mexico City Olympic Games. His career as a trainer began in 1972, working first as an assistant at Flintridge Riding Club and later developing his own training stable for hunter/jumpers until his retirement from competition in the late 1990s.

In 1970, Phelps created and produced the AA-Rated Christmas Show in San Antonio, an annual event that is still an integral part of the Texas equestrian community. In 1976, Phelps founded the American Jumping Derby (later the International Jumping Derby) in Newport, RI. The first of its kind, it was a major show on the East Coast jumping circuit through 1988. In 1977, Phelps created the New England Horsemen’s Association Hunt Seat Medal, also still a popular event to this day.

In the late 1970s and 1980s, Phelps produced a driving event for the Newport Preservation Society. He was also one of the organizers of the first World Cup Final in the U.S., in Baltimore in 1980.

In the early 1990s at the Winter Equestrian Festival (WEF) in Wellington, Phelps created innovative classes including the first equitation class for previous winners of the Medal and Maclay Finals; an equitation class for past U.S. Olympic, Pan American Games, and Nations Cup athletes; and the first hunter classic for the American Hunter Jumper Foundation, held in the International Arena.

Phelps was Director of Equestrian Operations at Palm Beach Polo in 1993. He served several years as President of the National Horse Show, reestablishing its prominence at its new home in Lexington, Kentucky.

Phelps was Chairman of AHSA (now USEF) Zone I for eight years and served on the boards of the AHSA, USET and Show Jumping Hall of Fame. He also served as President of the New England Horseman’s Council and Rhode Island Horseman’s Association. As an AHSA judge, he judged many horse shows including the AHSA Medal Finals at Harrisburg.

Phelps was instrumental in numerous charity and fundraising events, starting with the famed Newport Roundup in the 1980s. He was one of the founders of the Equestrian Aid Foundation (EAF) in 1996 and in 1998, he produced the first Denim and Diamonds, a benefit gala for the USET Foundation that he produced again in 1997, 1998, 1999, 2000 and 2004, raising millions of dollars that supported the USET.

Madden and Phelps, Jr. will be honored, together with last year’s class of Olympic rider Margie Engle and McLain Ward’s two-time gold medal Olympic mount, Sapphire, during the Hall of Fame’s induction dinner on Sunday evening, March 6 at the Wanderers Club in Wellington, Florida.