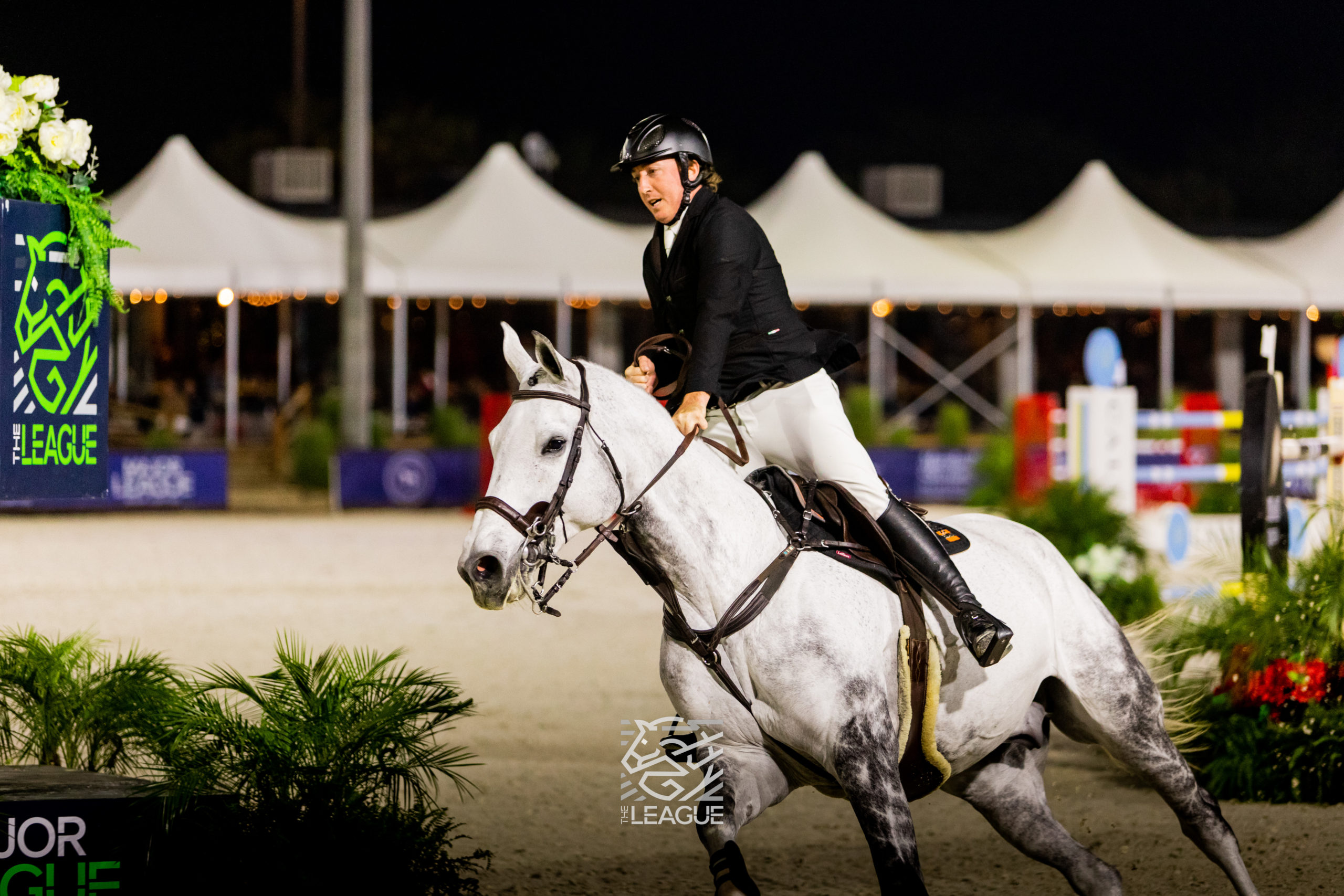 The Irish know how to celebrate, and so does Ariso.

The tricky jump-off in the Alan Wade designed course saw nine well seasoned, horse-and-rider combinations one-by-one take out the last fence. The stands were overwhelmed by continuous heartbreak until Coyle made a deliberate move to wait the six-stride after the combination—and jump clear in a blistering 34.39 seconds. The crowd erupted with all of the thrill that the pesky Adequan oxer kept depriving them.

So did Coyle, who rose a triumphant fist in the air, all too eager to celebrate the elusive clear. His spirit was infectious, and Ariso felt inspired to blast around the ring. Coyle quickly gathered his reins and saved the rest of his celebrating for the ritual podium champagne tag (and the Gavin DeGraw concert that kicked-off after the class).

It may have taken a few minutes to calm, but Ariso’s team spirit didn’t bother Coyle in the slightest.

“He can go around 10 times for all I care, as long as he doesn’t knock the jumps down. I don’t care what he does after the finish,” laughed Coyle.

Mclain Ward (USA) was the only other rider who walked out of the chute with clean jump-off. Clean, but too conservative in comparison to Coyle’s rollbacks of reckless abandon.

Coyle is notably fast, so it came as no surprise when he was leading the victory lap. No surprise to anyone but the Irishman, that is, who could hardly believe he won. He reiterated his disbelief it over and over and over again.

“A five star. I can’t believe that happened. I’ve been jumping this level now for a few years, and I’ve never won a five star grand prix and it’s been bugging me a lot of because I’ve been close a few times actually and to win it tonight the way he did. I just can’t believe it. I don’t think I’ve been this happy for a long time,” said Coyle.

So the jump-off that claimed the likes of Amy Millar (CAN), Margie Goldstein-Engle (USA) and Kristen Vanderveen (USA) must have needed a complex strategy to cleanly execute, right?

Perhaps it wasn’t the “bravest” option, but this time, a six-stride choice proved to be the right one. Even if it was a decision Coyle made in the moment he approached it.

“I should have done five strides, but I chickened out,” Coyle admitted.

Or was it a wisened decision? Coyle won his first five star, finally. It was a day of reckoning his fellow riders knew was coming, and while the stage was the MLSJ Final, it’s surely just the beginning.