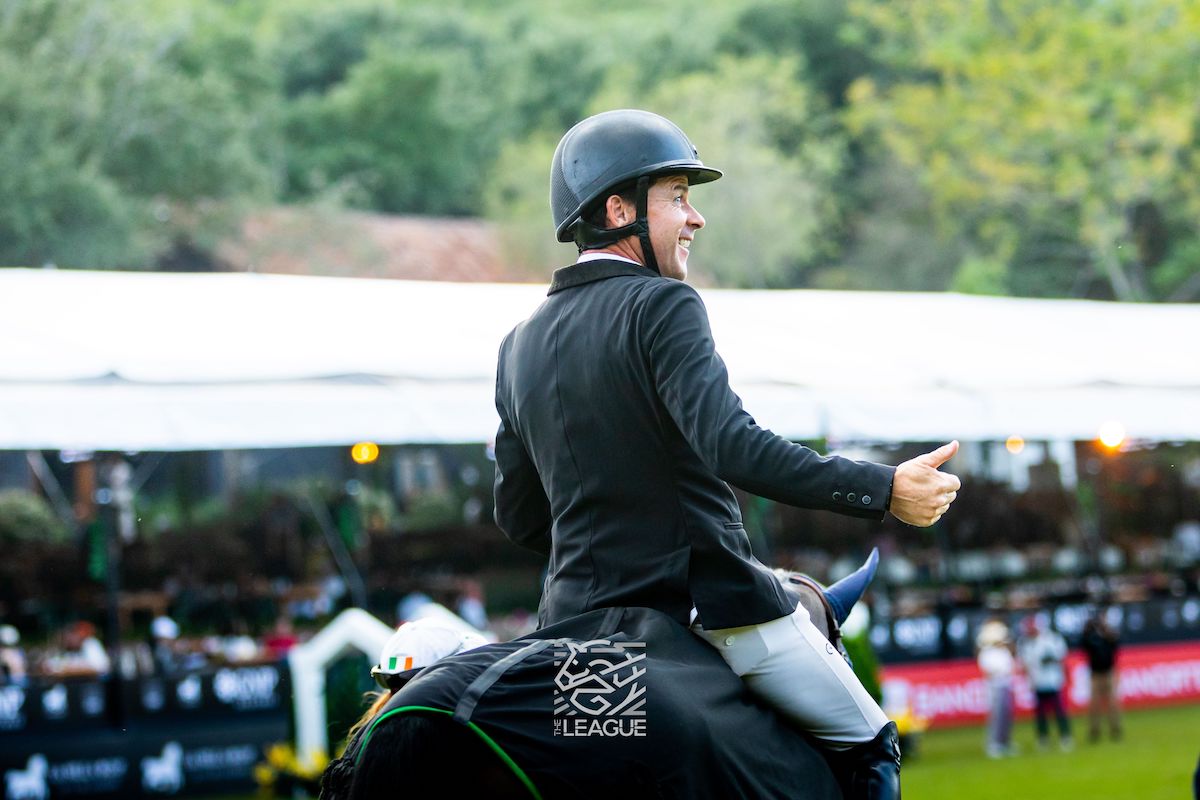 “I felt when I saw the jump off course that it was going to be very, very thin margins,” said Eye Candy’s Conor Swail. “And that’s kind of how it worked out, actually.”

“Thin” is an understatement.

Just seven hundredths of a second separated first and third in the Vector CSI5* 1.50m at Major League Show Jumping Monterrey on Thursday. Less than a literal blink of the eye.

Swail and his partner of just five months topped a 20-horse jump off, racing through the timers at the storied Concurso La Silla field in 39.75 seconds aboard Count Me In (aka “Crosby). Runner ups Jana Wargers (GER) and Limbridge took second in 39.78. Diamond Devils’ Sam Walker (CAN) and Evita, winner of two 5* classes at MLSJ San Miguel de Allende, took third in 39.82.

The win marks Swail and Count Me In’s fifth since July when the Irish rider made his international debut on the horse previously ridden by Canadian Olympian Beth Underhill. It’s their 15th top 10 FEI finish, of 18 appearances. The pair won the same class at MLSJ San Miguel de Allende two weeks prior.

“I mean, his consistency is phenomenal,” said Swail. “He’s turning into one of the best horses I’ve ever had and we’re still only starting in our career together. So, it’s exciting looking forwards. Every round I jump with him, he gets more confident, more comfortable. We both get more comfortable with each other. And he’s so careful and he’s got quality. He’s fast. He’s got scope, so it’s exciting.”

“I’m delighted to win and I’m looking forward to Sunday.”

Swail and Count Me In will contest Sunday’s GNP Grand Prix CSI5* 1.55m at MLSJ Monterrey.

“This is my second Major League event,” said the Irish rider. “Crosby’s here to do two classes, so he may as well try and win them both.”

Catch all the action in Monterrey live on MajorLeagueShowJumping.com.