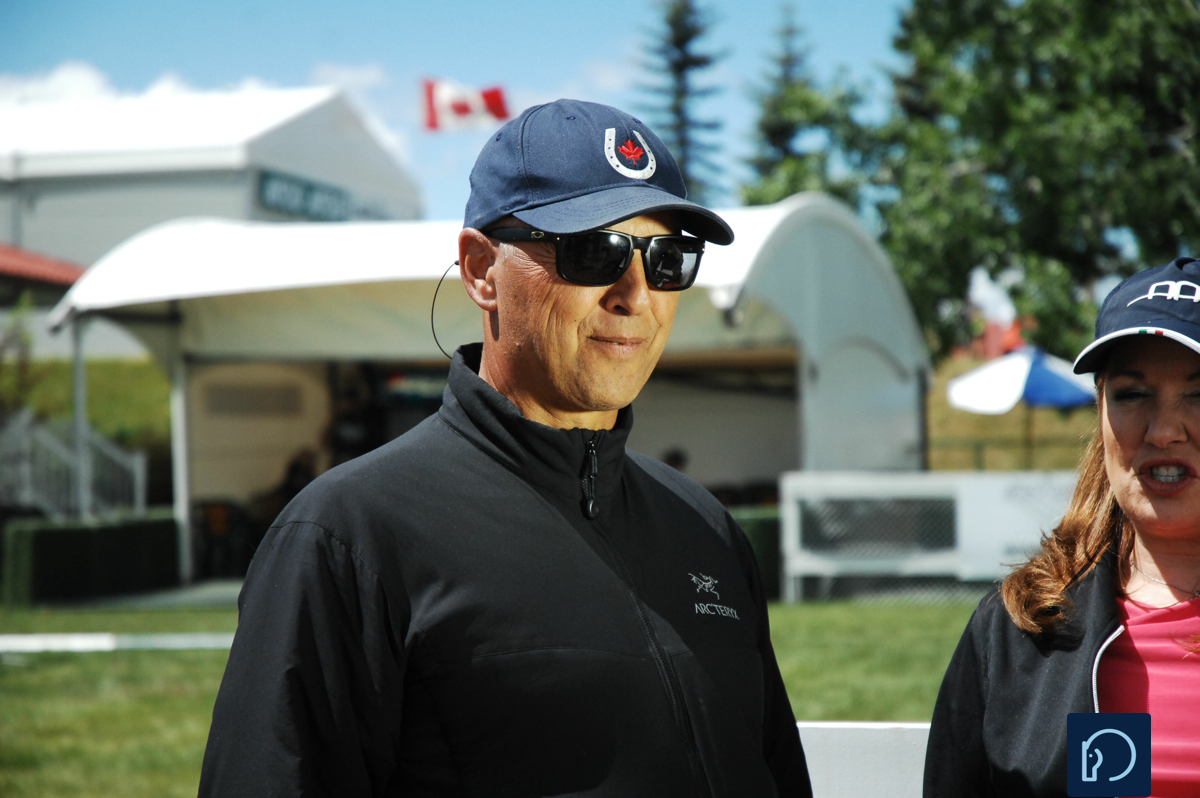 Hot off the press (release)…

Mark Laskin has stepped down from Equestrian Canada. The Canadian jumping chef d’equipe resigned suddenly on Tuesday, following an apparent contract dispute with the national federation. He announced the news via press release.

The full release is as follows:

Laskin of Langley, BC, has held the role of Canadian Show Jumping Team chef d’équipe since the fall of 2012 when he succeeded Terrance “Torchy” Millar. Laskin has been working without a current contract despite continuing to fulfill his duties at numerous events including the rescheduled 2020 Tokyo Olympic Games, JPN, in August and the Longines FEI Jumping Nations Cup Final held in Barcelona, ESP, in October.

“I was told during the first week of April that a contract would be forthcoming,” said Laskin. “Seven months later, the contract promised to me still hasn’t been delivered.”

“When I was hired, the Jump Canada Board ran the discipline and EC handled the administration,” said Laskin. “At that time, ‘Torchy’ Millar was the chef d’équipe and I understudied with him for two years as Assistant chef d’équipe. We worked so well together that “Torchy” stayed on for an additional two years before I moved into his role full-time in 2012. That was a successful succession plan, developed and managed by Jump Canada.

“I now find myself in a position where James Hood has told me that EC is doing a review of the role and will be compiling a job description and putting it out to tender. Almost as an afterthought, he added that I would be welcome to apply,” continued Laskin. “This is EC’s version of a succession plan.”

Laskin also cites interference from Equestrian Canada’s leadership group as another reason for his resignation, including recently being pressured as to which athletes are selected for Nations’ Cup team competitions.

“The leaders at our national federation need to have understanding and experience with our sport,” stated Laskin. “Unfortunately, Equestrian Canada has had many people in leadership positions that have no background in the equestrian field. That depth of understanding is integral to any future success of the organization. Equestrian Canada’s leadership group are making decisions that aren’t congruent with my philosophy. It is my opinion that the high performance program has been adversely affected and will continue to be in the future with the current leadership group at the helm. Consequently, I felt that I had no choice but to step down.

“I feel very sad to be resigning,” continued Laskin. “The management of an international team is a complex task that requires the full support and understanding of the National Sport Organization, and that has not always been the case recently.”

“The High Performance Committee – Jumping is 100% unanimous in its support of Mark’s decision and the rationale behind his resignation,” said Lawrence. “We share Mark’s frustration at the lack of communication and consultation with our committee. As the people who are ultimately responsible for guiding show jumping at the highest levels, we need to have a say in the high performance program and the process that is followed.”

Laskin, 64, got his start riding in Edmonton, AB, and went on to enjoy a successful career as an international grand prix competitor and coach. In 1980, he produced double clear rounds riding Damuraz to lead Canada to the team gold medal at the Alternate Olympics in Rotterdam, NED, and again represented Canada in the 1982 World Championships in Dublin, IRL. In 2007, Laskin was inducted into the Jump Canada Hall of Fame as a member of the 1980 Alternate Olympics gold medal team alongside Jim Elder, Ian Millar, and Michel Vaillancourt.

“I’ve been so proud and honoured to have held this position with the Canadian Show Jumping Team for over 10 years,” concluded Laskin. “I am Canadian through and through and have taken great pride in Canada’s success on the world stage. I want to thank everyone who has shown their support over the years, especially the riders with whom I’ve developed strong friendships and shared so many incredible memories and successes. I’ll miss them the most.”

EC responded to the news with the following statement, noting that the Technical Advisor position was under review after the Tokyo Gamers and is expected to be filled by the New Year.

The Technical Advisor, Jumping (including Show Jumping Team Chef d’Équipe) position in its current format has been in place for two Olympic cycles. As early as 2020, in planning for the Tokyo Olympics, it was identified by both internal stakeholders and funders of high-performance equestrian sport that there was a need to review the technical advisor roles for Team Canada. In keeping with best practices of the quadrennial cycle, Equestrian Canada (EC) enacted a positional review process to coincide with the Tokyo Olympics. Technical Advisor Mark Laskin’s contract was in extension, and he agreed to remain in the role during the process and his input and expertise were sought.

The review of the position was completed by an external specialist firm that conducted technical interviews and gathered input from stakeholders including jumping discipline experts, high performance committee members, National Team athletes, owners, and Mr. Laskin. The assessment has been completed with the support, advisement and knowledge of both Mr. Laskin and the jumping committee with a goal of setting up Canada’s high-performance athletes for success in the lead up to Paris 2024 and LA 2028.

Mr. Laskin resigned from his position prior to the publication of the leadership review post Tokyo, the completion of the job description, and the move into the hiring process. We wish him all the best in his future pursuits.

EC remains deeply committed to strengthening the Canadian jumping team with a goal of being competitive on the world stage and having a strong showing in Paris and LA. Equestrian Canada, its leadership, and jumping committee will continue with the process that it has enacted to set our athletes up for that success. The job description and skills competency are in final review to be completed this week with a target hiring to occur by January 1, 2022.