That Time Canada Won Team Gold at the “Alternate Olympics” 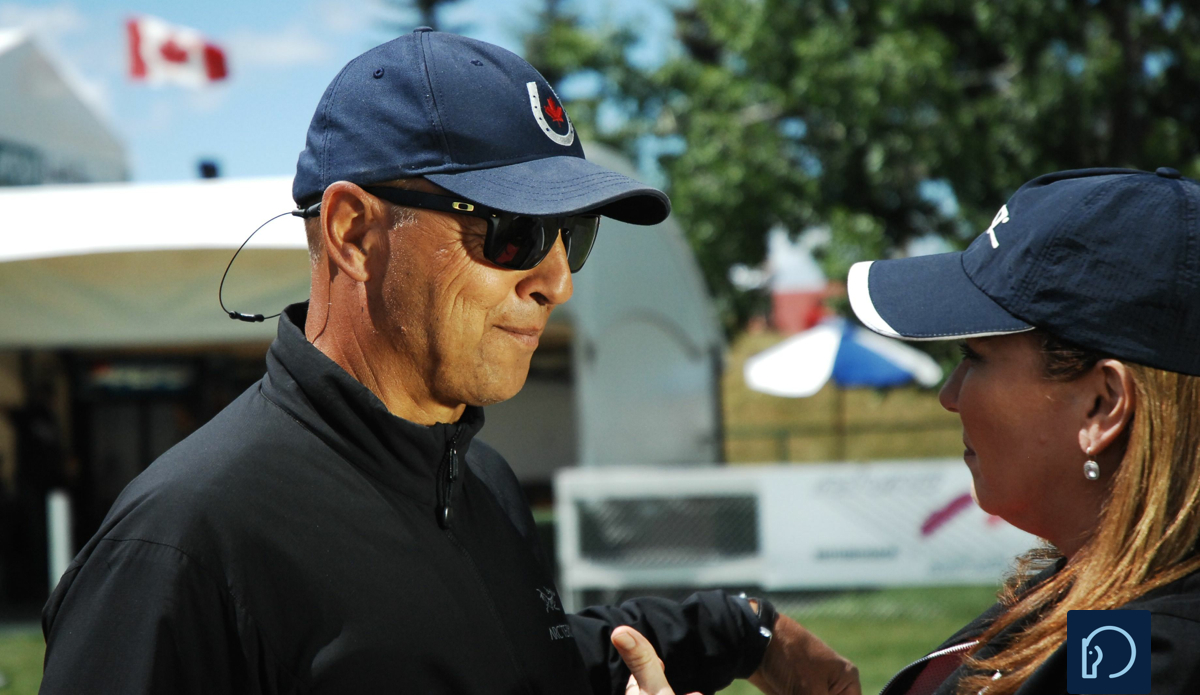 It was a crazy time.

Russia was set to host the 1980 Olympics in Moscow. Six months before the Games they invaded Afghanistan. In protest, the Americans lead a boycott of the Games and an “Alternate Olympics” with the allied countries was organized instead.

All the equestrian powers were part of the boycott including Germany, Austria, Great Britain, France, USA, Holland, Belgium, and Switzerland. Thirteen countries fielded show jumping teams at the Alternate Games in Rotterdam. Only 11 did in Moscow.

That year also happened to be the first time I was named to a championship team. It’s ironic now given the current political environment. But at the time, I thought I’d have a lot of opportunities to go to the Olympics. It turned out that it just didn’t happen that way.

Ian Millar, Jimmy Elder, and Michel Vaillancourt were the veterans on the team. I was the young gun. I’d ridden at the Grand Prix level for two years. But I won an awful lot and I think I had the best horse. Here I was, at 23, riding alongside three of the all-time best riders in Canadian history—it was a real honor to be on that team.

In my case, getting named to the team and actually getting to compete were two different things. A lot of things had to come together to get our team to Rotterdam, not the least of which for me was having a horse to ride.

I had just been named to the Canadian Olympic team and there’s my Olympic dream going out the window.

The owner of Damuraz, my horse, had a unique way of thinking, but we got along great most of the time. Well, all of a sudden he seemed to have some issues with the people running the Canadian Equestrian Team. One day, he drops on me that he’s going to sell the horse and I have a month to get someone to buy him if I’m going to continue riding him and get to go to the Olympics.

I had just been named to the Canadian Olympic team and there’s my Olympic dream going out the window.

My mother and her friend, Carol MacMillan, got on the phone with all their connections in Edmonton and sold shares in the horse. This was for sure the best horse in Canada at the time, one of the best horses in the world. In 1980, he was syndicated for $100,000. The price was maybe a little deflated as he was pretty unorthodox—people would look at him and think he was difficult to ride. Thank God, it dissuaded a lot of people from having an interest in him.

The rest of the team horses were kind of a ragtag mix. Ian Millar had gotten back a horse named Brother Sam that he had previously sold to Barney Ward, McLain’s father. It was a good horse with Ian, but didn’t really fit Barney’s style, so the owners decided to send the horse back to where it was successful. Ian put him back together again by the time we got to Europe.

Jimmy Elder had an okay horse named Volunteer. Jimmy could really horse back, so whatever he was on always sort of had a chance. Michel Vaillancourt had a pretty good horse, but it got sick before we got to Rotterdam. He ended up riding a horse that had never jumped in a Nations Cup before.

Prior to the Alternate Olympics, I’d never shown in Europe and neither had Michel. So, Tom Gayford, our chef d’equipe, arranged for the team to compete at a small show in Dinard, France the week before the Games. There were maybe 11 classes at that event and the Canadians won something like nine of them. We just dominated. We were very confident when we got to Rotterdam.

The Alternate Olympics was a different story—the jumps were just massive. We’re walking the course for the Nations Cup and all the European riders are moaning about how big the fences were. I didn’t have a lot of perspective. I was sort of just going along, happy to be there.

Canada drew an early spot in the order. Michel, our lead-off rider, had eight faults riding that unseasoned horse. For that day and that competition, that wasn’t a bad score. I remember thinking, if Michel could go around with eight faults and I was sitting on what was probably the best horse in the country, then I’d better do better than Michel.

Ian had a time fault and Jimmy was the throwout score. We were sitting in sixth after the first round on 8.50 faults—in the mix, but certainly not leading.

The second round starts and wouldn’t you know it, Michel has four faults. I’m thinking, my god, Michel got better! I couldn’t get better, but I certainly didn’t want to get worse. I jumped another clean round.

Ian had four faults. When Jimmy finished, we ended with a total score of 16.50. We were right in the game, but there were a lot of really good countries that still had their final riders to come.

We knew exactly how bad each rider had to be in order for us to move up and one by one it played out exactly how we needed it to. Gerd Wiltfang, the anchor for Germany, was on his World Championship winning horse, Roman. We needed him to have eight faults and he had eight faults. Hugo Simon was the anchor rider for Austria. We needed him to have a rail down with Gladstone and he had a rail down with Gladstone.

It was a like Hollywood story. You couldn’t have written a better script.

The four of us were sitting together at the ring watching it all unfold. At first, it’s Oh, boy, for sure we’re fifth. Oh! For sure we’re fourth. All of sudden, it’s—Oh my god, we won! It was a like Hollywood story. You couldn’t have written a better script.

After the prize giving and interviews and everything was over, we were walking back through this forest path that led back to the barn—the four of us arm-in-arm singing Queen’s “We are the Champions” and just bellowing! It was a real high.

To this day, I’m really proud of that performance with Damuraz—Nick Skelton (GBR) and Thomas Frühmann (AUT) were the only other double clean rounds that day, not bad company to be keeping!

Our team medal may not be recognized officially in Olympic history. But to me and everyone else who was there it definitely was Olympic Gold.