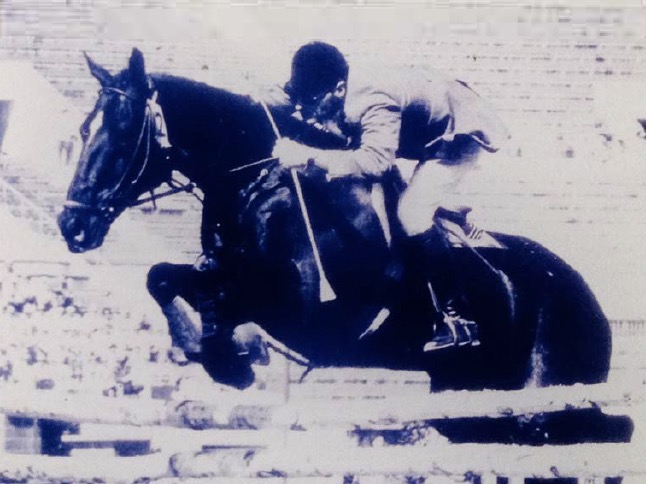 Two-time Olympic show jumper Trail Guide was a Thoroughbred by Scamp out of Trailoka. His dam placed 16th in the 1936 Olympic Games in Three­-Day Eventing.

Hugh Wiley rode Trail Guide to an 11th place finish in the 1956 Olympic Games in Stockholm, Sweden. At the advanced age of 21, the former cavalry horse, with Frank Chapot on board, led the United States Equestrian Team to a team Silver Medal at the 1960 Olympic Games in Rome, Italy.

Trail Guide was a consistent winner on the U.S. circuit, winning open jumper championships at many top shows, including the Washington International, where in 1960, he competed without knocking down a single rail. Chapot rode Trail Guide to several victories in Harrisburg and Toronto. In 1959, Bill Steinkraus showed him to several wins, including the international stakes in Harrisburg, New York and Toronto.

Trail Guide’s life ended in the ring at the 1960 National Horse Show when he crashed into a five foot fence and broke two vertebrae in his neck. He was humanely euthanized before the completion of the class, in which he placed fourth. One New York newspaper reported this as a fitting end to Trail Guide’s life, as he died while doing what he loved best.