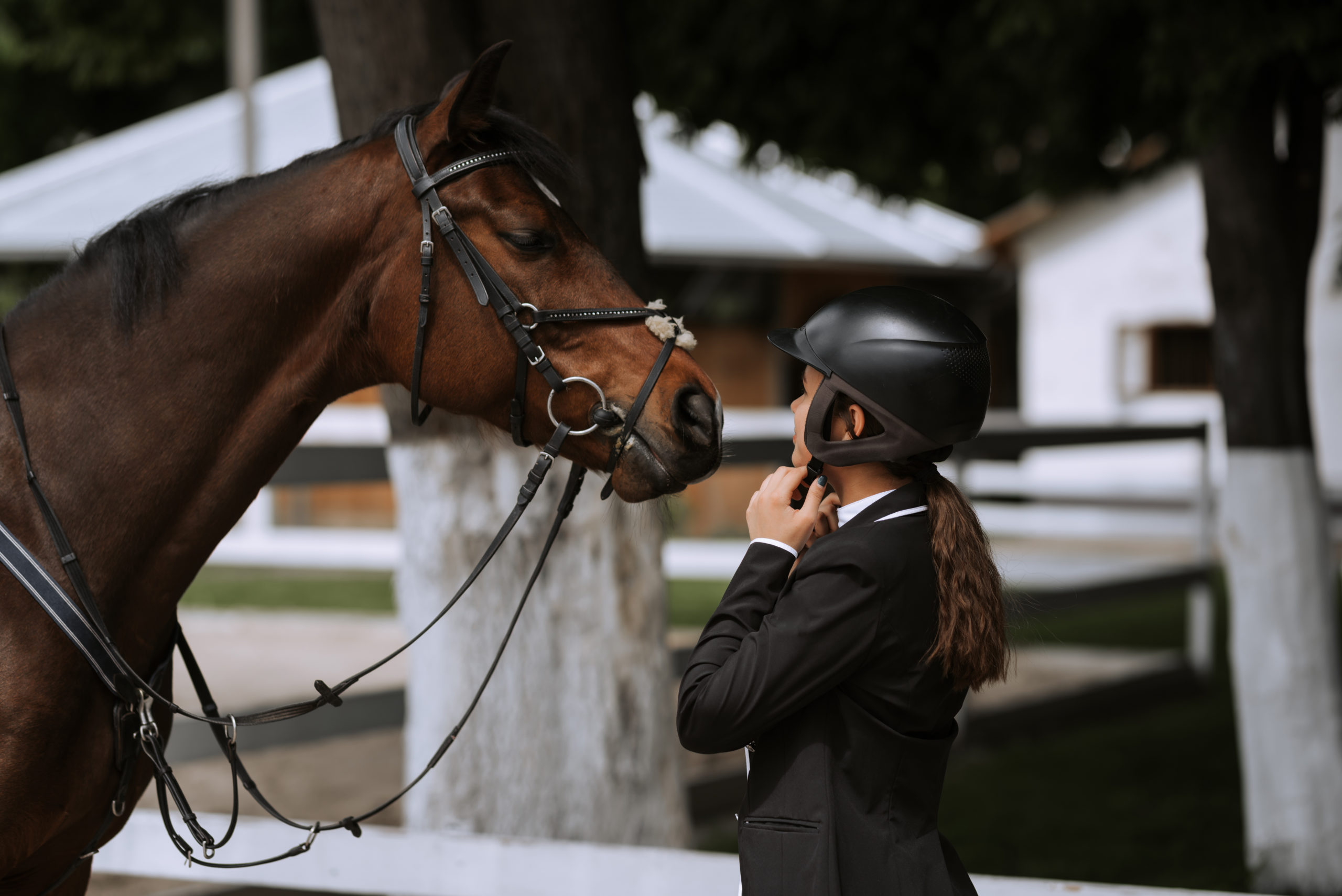 “Gretch, you fell from six feet going 25 miles an hour,” my horse trainer said as I stood up and limped back to the mounting block.

I dusted the arena footing off my breeches and wondered how much I was going to hurt once the adrenaline wore off.

I was a shaky, weeping mess as I climbed back in the saddle and walked a couple of laps around the near end of the arena. After I finished, the lovely young grey gelding I was riding put his head against my chest as if to tell me he was sorry. I scratched his forehead, “It’s ok, boy, you are just a baby, and sometimes babies do dumb things.”

This fall, like many before it, was triggered by a noise the horse heard out the arena window. He shot from a focused jog to a panicked run in a blink. I stayed on around the first corner only to fly off before reaching the next one.

On the lucky side of things, the fall left me without any severe injuries. I limped about for a while, but by the next week, my body was ready to ride. My mind, on the other hand, still needed time to recover. Every time I rode down at that end of the arena where I had landed, I would tense up, terrified that it would happen again. I felt a bit like a failure for falling. I felt like a wuss, too.

After speaking with other riders and even some professionals, I realized that my fall wasn’t out of the ordinary, and neither were my nerves.

Performance coach John Haime, who works with equestrians at all skill levels, notes, “[it is] very important to acknowledge that falling is a reality of the sport. It doesn’t happen often, but it can happen. Most falls will not cause injury. Acknowledging any fall and the reality it can happen is cathartic.”

Nina Fedrizzi, a lifelong equestrian, freelance writer, and longtime contributor here at Horse Network, also experienced this sudden loss of confidence after a series of falls off her horse Dagano (aka, ‘D’).

“D is a huge, heavy type of horse, but he can be so quick on his feet when he chooses to be, and he became very adept at dropping a shoulder and ducking out of a fence at the very last second while nicely depositing me in front of it. He did this to me several times at shows, and soon, I was anxious about entering any class with a liverpool in it or getting D to a jump with any kind of a gappy distance.

“I was never injured by these falls; most of the time, I even landed on my feet, but it was embarrassing, and it happened enough times at big horse shows to mortify me significantly. More than that was the damage to my confidence and to the bond of trust I’d worked so hard to cultivate with D. I was new to the jumpers when I bought him, and he took care of me for years. So when he started dumping me, some part of me felt betrayed—as if my longtime teammate suddenly up and left me for another squad.”

Like Fedrizzi, I, too, felt my confidence fall out from under me. After my fall, I often would spend the drive to the barn trying to talk myself up. Meanwhile, my nerves jangled around like a discarded coffee cup in the back of the car. For both of us, the emotional recovery would take longer than the physical—this is true for many other riders too.

“Allow both the body and mind to heal and plan the road back step by step and slowly,” advises Haime.

For Fedrizzi and I, our trainers were essential to us getting back on track. I know if I had not had someone to both support me and hold me accountable, getting back on would have been a challenge for me.

“I think you also need to look at what’s happening with your horse, physically, and the support you’re getting from your trainer. Does he/she need to take over the ride for a while so you can get a break and build your confidence on something else (if you have that option) while your horse does the same? Is he/she able to address the mental aspect of what’s happening with you and the ‘aftershock’ ramifications that now might be part of your riding game for a while?” explains Fedrizzi.

Of course, not everyone has access to a full-time trainer, but that doesn’t mean you can’t find support elsewhere. Friends both in and outside of the barn can be great resources for moral support and accountability. I found my mental health professional helpful, too, in breaking down exactly what was happening when I would freak out in the saddle and how to move past it.

The key, advises the professionals, is to make a plan. Write down what you need to feel safe and supported, and then build from there. Maybe you are like me and just wanted to ride calmly past that end of the arena where you fell. or perhaps you need to get back up to competing at the level you were before you fell. Giving yourself steps will quiet the chaos and allow you to focus on moving forward.

Lastly, it always helps to remember that a fall is merely a hiccup in your life on horseback. In many ways getting back on and learning how to manage that fear is the mark of a true horseman. Fedrizzi echoed this sentiment. Once on a trail ride while on vacation, the guide, a 70-year-old former bull rider, asked her how long she had been riding.

“Far too many times to count,” she answered. “He winked at me and gave me a fist bump, and I realized that was the right answer. I’d passed his test.”

As the bruise from my fall began to heal, I found myself growing a little sad that it hadn’t been prettier colors for how much it hurt. “I can always tell how serious a rider is by how much pride they take in their bruises,” my trainer said.

And our confidence, like our bruises, can heal with time.