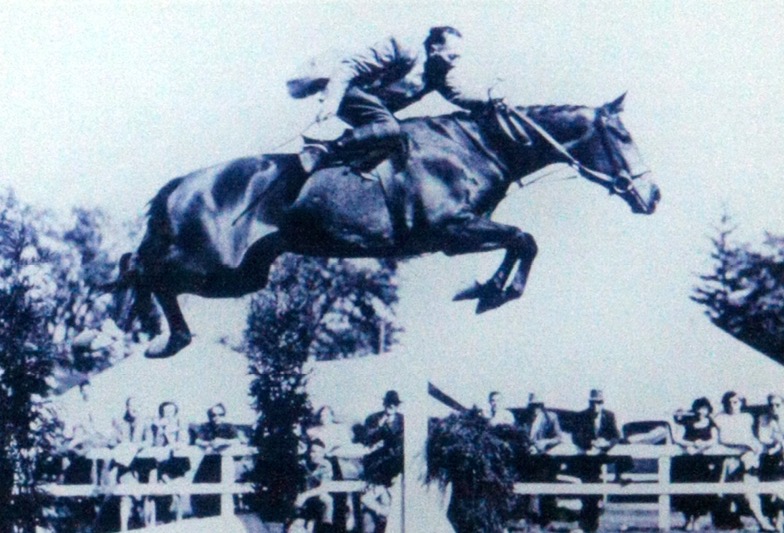 Pennsylvania’s Joe Green was a colorful and successful horse dealer and jumper rider both before and after World War II.

He bought and sold numerous horses and produced many winners. A natural, classical horseman who rode everything forward, he had his greatest successes aboard Circus Rose.

In 1950, Green rode Circus Rose to both the PHA and National Horse Show jumper championships. In fact, that year the pair won 18 championships and 84 blues at 27 shows, one of the most remarkable records ever achieved by a rider on a five-year-old horse.

Circus Rose was later purchased by August A. Busch, Jr. and renamed Miss Budweiser. The horse became a star of the newly formed USET, earning a team Bronze Medal at the 1952 Helsinki Olympics with Arthur McCashin.

Green showed many of the horses he sold for their owners. Among his many successful mounts were Royal Knight, Windsor Castle, High Rock Pompa, Oregon Duke, and Trader Bedford. Green also played a key role in the riding career of former Canadian Team member W. R. Ballard on such horses as Gift of Gold, Sonora, Oregon Duke and Windsor Castle.