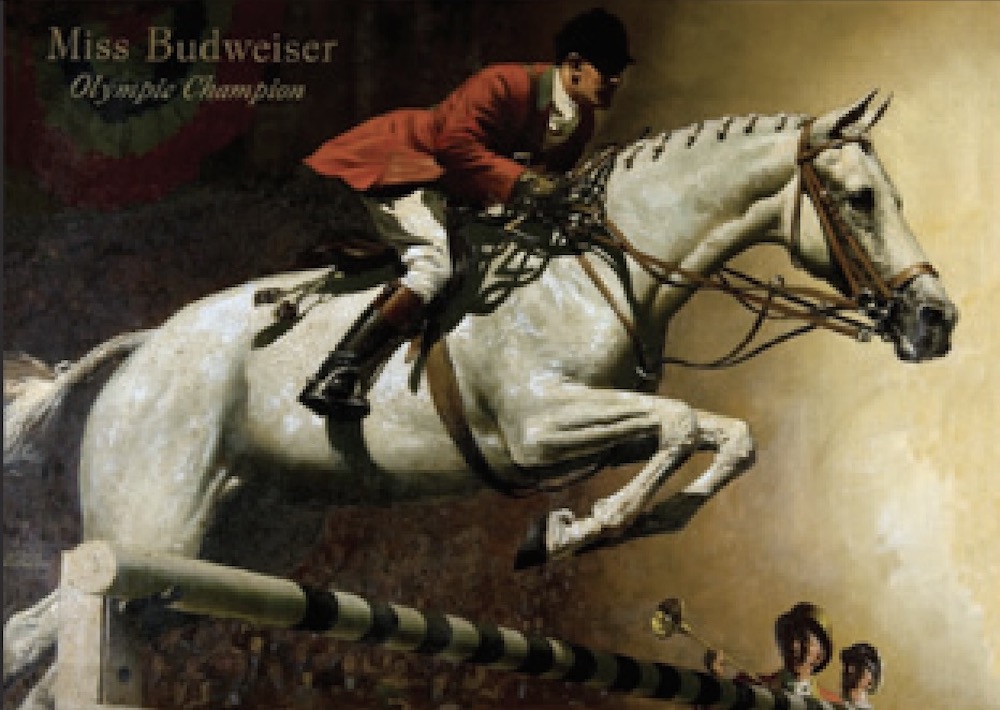 The most brilliant open jumper of the immediate post-World War II era was undoubtedly Circus Rose, a 16.2-hand gray mare by Great War (by Man O’ War) out of Winter Rose (by Endeavor II).

In 1950, when she was owned by W.W. Schlusemeyer and ridden by Joe Green, she chalked up one of the most remarkable records ever amassed by a five-year-old, accounting for 18 championships and 84 blue ribbons at 27 shows, topped off by the Jumper Champion­ship at “The Garden”—New York’s National Horse Show—and the overall PHA Championship for the year.

Following this completely dominant performance she was sold to August A. Busch, Jr. for a then-record price, and renamed Miss Budweiser after the family firm’s principal product.

Earmarked for Carol Durand to ride in the 1951 Olympic Trials, she adapted well to international-type courses, and Carol succeeded in “making the Team.”

However, it was not to be.

When the FEI declined to revise its rules and permit women to ride in show jumping at the 1952 Games at Helsinki, “Miss Bud” was turned over to U.S. team captain Arthur McCashin to ride. Before the Games, this pair collaborated in a victory in the Preis St. Georg at Dusseldorf. Then at Helsinki they placed 12th individually and helped the USET win its first team medal, a Bronze.

Following the Olympics, Miss Budweiser was returned to the Busch family’s Grant’s Farm in St. Louis. With Bob Egan in the irons, she campaigned with conspicuous success throughout the Midwest, retiring the Jumper Championship trophies at such shows as Oak Brook and Lake Forest, in addition to many other victories, before her eventual retirement.