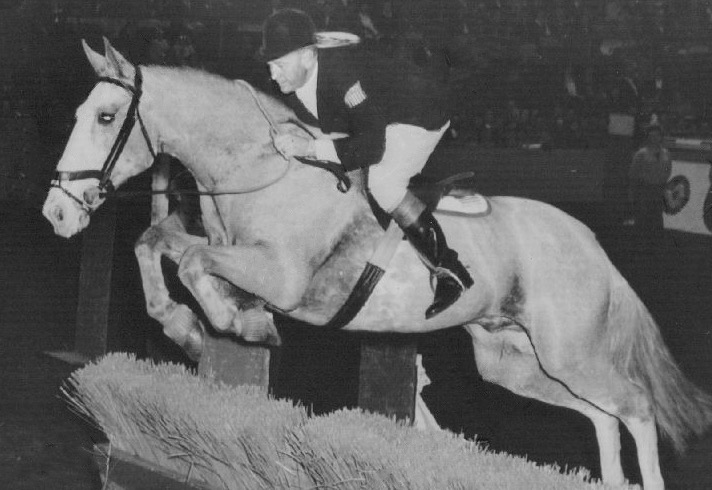 He was a member of the United States Equestrian Team’s first Fall Circuit squad, and first Olympic and Pan American Games teams. He was captain of the USET’s Bronze Medal Team at the 1952 Helsinki Olympic Games aboard Miss Budweiser and remained the USET’s riding captain through 1955. He served on the USET’s Board of Directors from 1951 through 1957.

He always considered his best wins to have been in 1937 and 1938 when he won the Irish Free State Challenge trophy for International Civilian Teams.

In addition to his many riding accomplishments, McCashin was an innovative course designer. He helped shape U.S. show jumping by dedicating himself to bringing American courses up to the standards he had faced in international competition.

McCashin was one of the five trustees to start the Washington International Horse Show and he was instrumental in establishing the USET Training Center at Gladstone, New Jersey. He was also largely responsible for finding and hiring USET coach Bertalan de Nemethy whom he knew would bring U.S. riders and horses up to international standards. He later supervised construction of steeplechase fences at tracks such as Aqueduct, Belmont and Monmouth Park. His ideas eventually led to the development of the moveable, stan­dardized National Fences used by the National Hunt and Steeplechase Association.

He is honored as much for his input to improve horse sports in the U.S. as he is honored for his competitive record.