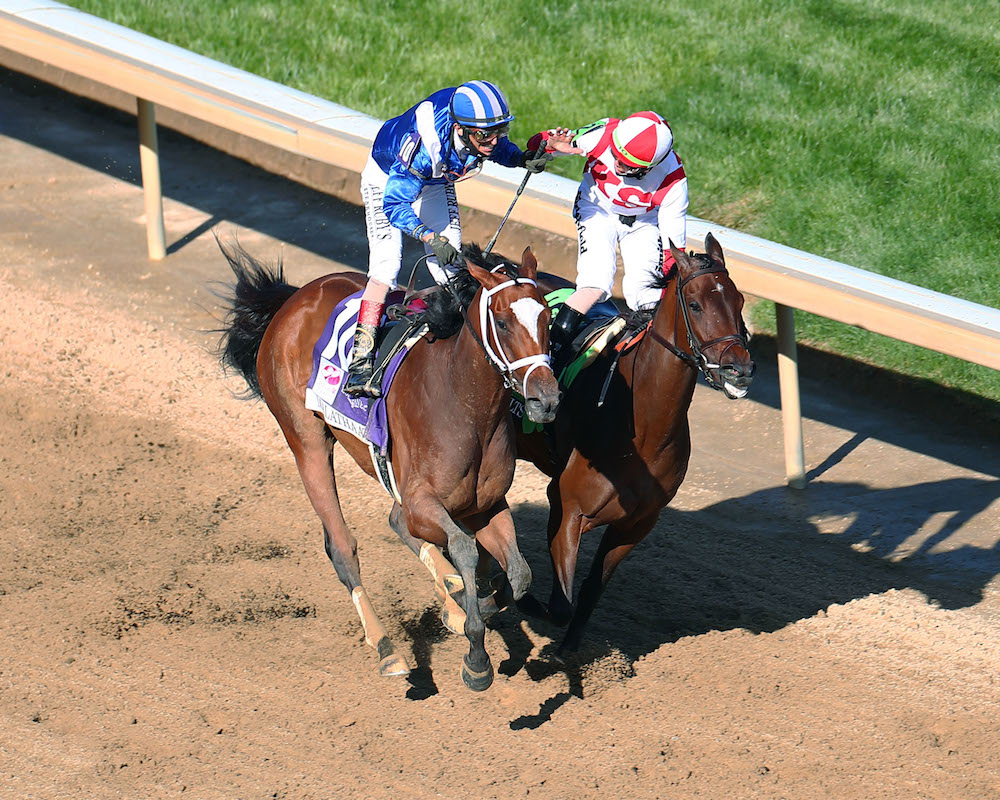 Friday’s Oaks, the female counterpart of the Derby, was the definition of bittersweet.

The sweet was the victory of favored Malathaat, overcoming a slow start to engage leader Search Results in the stretch and extend a neck at the finish line to snare the lilies.

The bitter was the absence of owner Sheikh Hamdan bin Rashid Al Maktoum, older brother of Sheikh Mohammed and owner of Shadwell Stables, home of Malathaat, whose passing at the age of 75 was announced March 24.

It was the first time any member of the Maktoum family had a filly racing under its royal-blue-with-white-epaulets silks.

“A million things went through my mind,” said a pensive Rick Nichols, the vice president and general manager of Shadwell’s Kentucky farm and longtime friend of Sheikh Hamdan, after the win. “I worked for him for 36 years. He was a very, very close friend. A lot of times, he was a father figure, sometimes like a brother and other times like a friend. But he was always the boss. I loved him dearly and he will always be missed.”

The undefeated favorite’s fifth victory did not come easily for the daughter of Curlin, whose dam, Dreaming Of Julia, suffered a loss as the favorite in the 2013 Oaks after a slow start. Malathaat’s start was similar, but Velazquez’s experience and confidence on the Churchill dirt helped make the difference.

“She didn’t get away the best, but I got a spot with her,” explained Velazquez. “She was running well and when I turned for home, I had a target to send her after (Search Results). When she got up next to her, my filly went by—then she waited a bit, she does that. The other filly came back, but I could tell I was still in control.

I never thought I was going to do anything but win,” affirmed Velazquez.

Trainer Pletcher said plans call for the filly to ship to Belmont Park in New York and await the results of the Derby and Preakness before a possible run in the June 5 Belmont Stakes.