Gene Mische, The Father of Show Jumping in the U.S.

Home > Blog > History > Gene Mische, The Father of Show Jumping in the U.S. 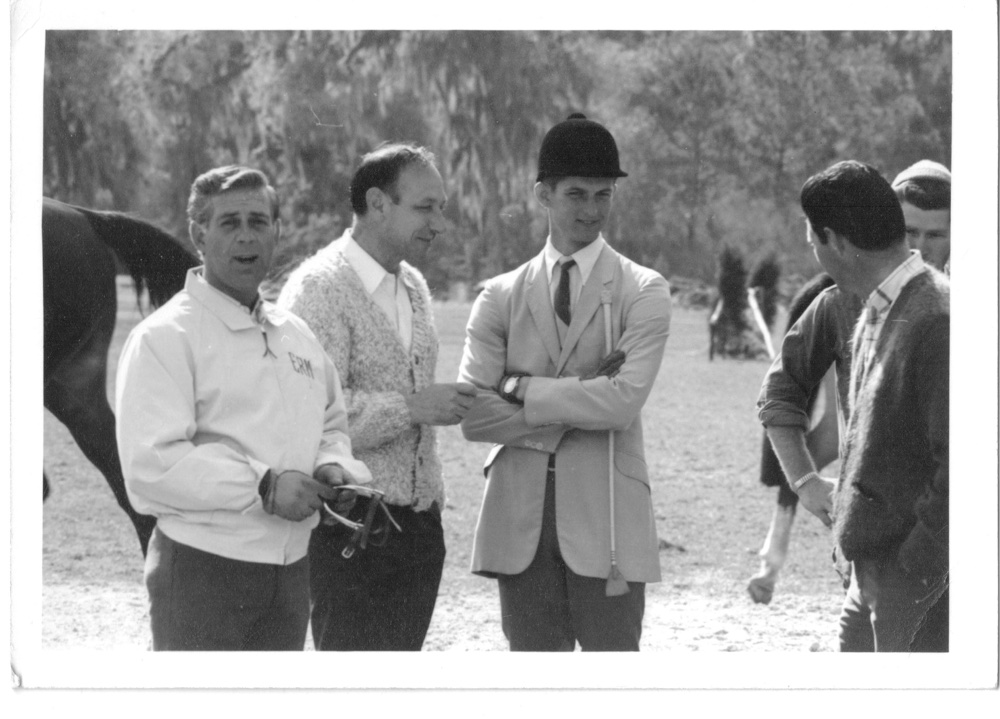 Many people only knew Gene Mische as “Mr. Stadium Jumping.” That may have been what he was best known as, but he was a lot more.

Gene had a background with horses starting with his childhood in Cleveland. His love for horses started at the local riding academy near his home, where he mucked stalls just to be close to the horses.

Gene’s big break came when he started Fairfield Farms, a show stable and hunter breeding operation. It was on a huge 2,800 acre farm with over 50 broodmares and 30 top show horses. With Gene’s business sense, the business took off and he found himself in need of a rider for the show horses. Well, Gene didn’t get just any rider; he discovered a youngster named Rodney Jenkins who turned out to be one of the greatest of them all.

Rodney handled the duties until 1964 when he moved to his family’s Hilltop Stables, which he still works out of to this day. In 1965, Gene asked me to take over the rider position and at the age of 15 I found myself with incredibly big shoes to fill. (Wow!)

Gene and I started Imperial Farms in the late ’60s. As I got older, Gene gave me more responsibilities and I handled the stable operations. By the mid-’70s, Gene had become president of the Central Florida Hunter Jumper Association (CFHJA). The Florida winter horse show circuit was in trouble and Gene knew it was important to keep it afloat. It was too big a risk for CFHJA to take on, so the board asked Gene to run it; that’s when Stadium Jumping was born.

Gene started a corporation and, needing funds, sold stock that would give Stadium Jumping some start-up capital. Gene was now in the horse show production business and he wanted to do something big, something that had never been seen in the U.S.

The biggest grand prix in the country at the time was the Cleveland grand prix. In 1970, Jerry Baker created a new event called the American Gold Cup and held it at the Chagrin Valley Horse Show, along with the existing grand prix. Holding both events on the same weekend turned out to be too much and Gene and Jerry got together and moved the Gold Cup to Florida. Gene wanted a showcase location, a stand-alone venue, to hold the Gold Cup and he managed to secure Tampa Stadium. This was the first show jumping event in a big sports stadium.

The Gold Cup stayed in Tampa for two years after which Jerry wanted to make it a traveling event going to different cities around the country. Gene wanted Tampa Stadium to remain a showcase for show jumping, so he created the American Invitational, which became the sport’s featured Grand Prix each year.

Gene then went on to create the American Grand Prix Association (AGA) and, with the help of other producers, built it into a national tour. The AGA attracted unprecedented sponsorship to the sport, which helped the tour grow to 33 events. This, with help from Budweiser and Bud Sports, led to TV exposure. Thanks to Gene and those who worked with him, the AGA opened previously-locked doors and established show jumping as a sport with a significant national following.

All of this paved the way for what is happening in Wellington today. It was Gene who established the Winter Equestrian Festival and it was his vision and drive that led to the creation of the world’s biggest equestrian center. Just look at it today—12 weeks and 12 arenas, it’s the largest horse show event in the world with millions of dollars in prize money. For sure I would call Gene Mische the father of show jumping in the United States. I was so proud when he was inducted into the Show Jumping Hall of Fame; no one deserves it more!

I was very close to Gene and he was my biggest supporter. I wish I could tell him that I also made it to the Hall of Fame; he would be so proud. I really owe it all to him. As his rider, he polished me. As a course designer, he gave me opportunities to showcase my work. Gene was the only reason I started my jump company, which I did so that I could make his events special. Gene gave me my entire career in the horse industry and I have loved every minute of it. I thank you, Gene, and I miss you every day!

Inducted into the Show Jumping Hall of Fame in 2013, Steve Stephens is a former U.S. team member (1968–1986), a five time U.S. chef d’equipe (earning four Nations Cup wins), and a revered course designer who has built for both the Pan American and Olympic Games and twice been named Course Designer of the Year. In 2013, the USHJA honored Stephens with its Lifetime Achievement Award.