Films for the Cowboy In Us All 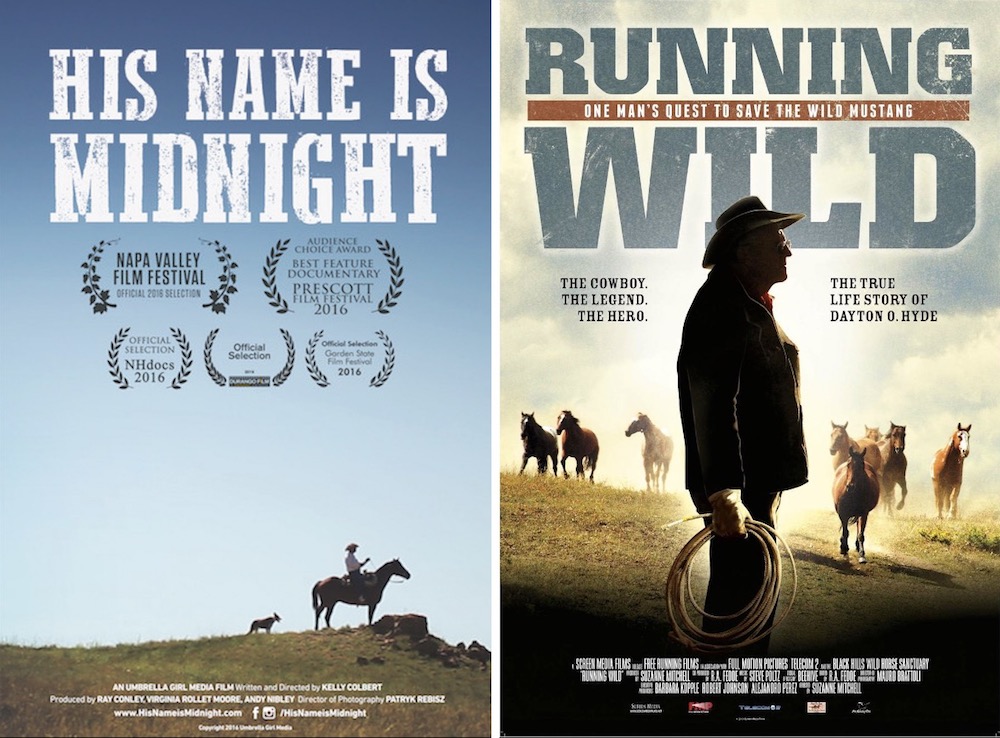 Many horse lovers have gone through a phase where they knew all the words to Toby Keith’s “Should’ve Been a Cowboy.”

We pined for square-toed boots, a cowboy hat that has earned its sweat stains, and a floral tooled saddle. At the very least, we day dreamed of riding off into the sunset, sagebrush and barbwire casting silhouettes on the buffalo grass. While most of us may not have realized our ranch dreams, we can always live them vicariously on the screen.

For the bow-legged wrangler wearers, or those who once dreamed of being one, here are three films for you—now streaming on EQUUS Film Channel.

It’s Reining tells the story of Jon Ingram, a first-generation cowboy who moved to New Mexico as a teenager to become a cowboy. Now, many decades later, he is sought after for his skill as a reining horse trainer. Filmed on or near his training facility in Florida, we see Ingram and his son teach both horses and people the ins and outs of reining. Throughout the documentary, Ingram explains both his methodology for training horses and tells his life story.

Truly a documentary for equestrians, It’s Reining stands out for the way it slows down and luxuriates in the intricacies of the sport. Instead of lots of flashy editing, the filmmakers allow audiences to watch the horses as they work through the complex movements and patterns such as sliding stops and spins. Ingram also explains how reining is similar and different from other equestrian sports, making it an excellent film for those who love reining and those who have never heard of it before.

His Name is Midnight

It is impossible to talk about cowboys without talking about Quarter Horses, and the short documentary His Name is Midnight is an excellent introduction. Midnight was Quarter Horse, born and bred in the western U.S., where his bloodlines were legendary for speed. Despite his pedigree, the black gelding was found far from home, limping through the woods behind a boarding facility in Connecticut.

The film unravels Midnight’s tangled past. The filmmakers track down his early owners, who once used him for barrel racing. They also interviewed John L. Moore, a third-generation Montana rancher and an expert in Midnight’s Pedigree. While the elderly horse is the star, the kind-hearted animal control officer, Nancy Elizabeth, who rescues Midnight, steals the spotlight with her tremendous vulnerability and Texas-sized heart.

Five hundred mustangs roam the 12,000-acre Black Hills Wild Horse Sanctuary of South Dakota, thanks to the efforts of one man, Dayton O. Hyde. Tough as nails and with the heart of poet, Dayton was born in Michigan but called west when a relative invited him to work on a ranch. Once there, he fell in love, became a cowboy, bought a ranch, raised cattle, and then took a sharp u-turn to save as many wild horses as he could.

This lyric film is not only the story of a cowboy, but one of a writer and a conservationist determined to live by his beliefs no matter what. It also deals with aging and how one old cowboy grapples with a changing world. Both thoughtful and complicated, you won’t want to miss this one.

Watch these and many more fantastic films on EQUUS Film Channel!