Perhaps Not Every Racemare Should Become a Broodmare: the Example of Zenyatta

Home > Blog > Opinion > Perhaps Not Every Racemare Should Become a Broodmare: the Example of Zenyatta 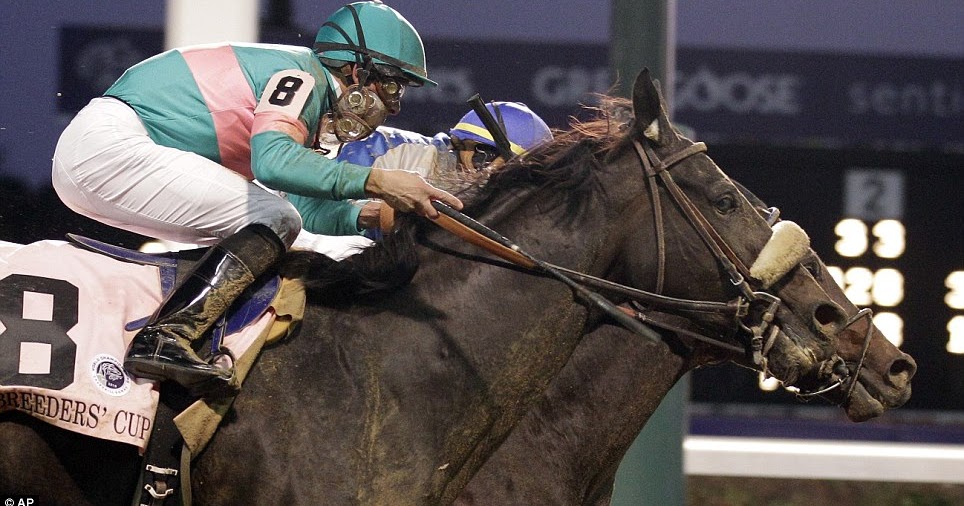 Racing fans in general and Zenyatta fans in particular were disheartened to learn last week that 17-year-old Champion Street Cry daughter and 2010 Horse of the Year Zenyatta lost her 2021 foal by Argentinian Champion Candy Ride. Both reside at Lane’s End Farm in Versailles, KY.

“We at Team Zenyatta and Lane’s End Farm are deeply saddened to share that Zenyatta lost her 2021 foal early this year,” the statement read in part. “She had been carrying a second Candy Ride filly, and we grieve the loss of this precious life. Thankfully, Zenyatta remains in excellent health and is doing very well.”

The exact date of the loss and its possible cause were not made public.

While all heave a sigh of relief that Zenyatta “remains in excellent health,” it is somewhat more questionable that she “is doing very well.”

There is little research to support the widely held belief that horses grieve the loss of a foal or of a companion horse. Researchers have documented what seems like grief rituals in a variety of social animals, particularly among species of apes and among elephants. Even Fido and Felix—dogs and cats—are often reported to grieve the loss of a human or animal companion, along with several species of birds.

Beyond Zenyatta’s personal and emotional state, there are reasonable questions about her breeding history and its results so far.

Zenyatta was little short of spectacular as a racehorse, surely the most popular of her generation. She helped enthuse a younger generation about the sport. Her legion of often tween fans were usually present at her California races, some wearing her colors and waving “Girl Power” posters.

Champion Older Dirt Female from 2008 through 2010, Breeders’ Cup Classic winner in 2009 and Horse of the Year in 2010, Zenyatta raced 20 times for trainer John Shirreffs and owners Ann and Jerry Moss. Her lone loss on the racecourse came in her final contest, the 2010 Breeders’ Cup Classic in the darkening twilight at Churchill Downs.

Zenyatta’s success in racing has yet to translate into breeding success. She has been in foal eight times since her 2010 retirement to a broodmare career.

Each of her pairings have been royal. She is the dam of four registered Thoroughbred foals. None have won a single race. Cozmic One (by Bernardini) and Ziconic (by Tapit) have both been retired to second careers as off-track Thoroughbreds. Her four-year-old Medaglia d’Oro filly Zellda was working out last year but has not raced. She has foaled a yearling filly, Zilkha, also by Candy Ride.

The sadder losses of her brood were not on the racetrack. She lost two by War Front in 2014 and 2016. The 2014 foal was humanely euthanized after a paddock accident. The 2016 colt died days after birth from meconium aspiration syndrome, a condition that results in respiratory distress. Zenyatta aborted an Into Mischief foal in 2018.

Zenyatta is not the first high-profile track heroine to have difficulty in their broodmare career. Rachel Alexandra, the 2009 Horse of the Year and Champion Three Year Old Filly was only the fifth filly to win the (2009) Preakness before this year’s Swiss Skydiver.

Rachel Alexandra foaled twice: Jess’s Dream by Curlin and Rachel’s Valentina, an eventual Grade 1 winner by Bernardini. The latter almost killed her. The foaling was uneventful, but it was later found she had suffered a ruptured colon and had fecal matter in her abdomen, usually a death sentence for horses. Buoyed by fans’ prayers, an excellent Rood & Riddle surgical team and around the clock post-surgical care for months, she survives—thrives in fact—today.

But because of her foaling difficulties, owner Stonestreet decided not to breed her again. She now spends her days pensioned and outside in the company of retired mares, selected specifically to give the Champion other horses with which she could bond.

Should a similar decision be made with Zenyatta?

There is in a sense a “workplace fairness” issue involved. Males retired to stud careers will breed several hundred times a season, sometimes even shuttling between hemispheres. While their “successes” become notable, even catalogued and ranked, their “failures” do not gain the same measure of attention as do the unsuccessful results of popular female foaling.

Racemares retired to broodmare careers are often high profile. Popularity aside, they have the added scrutiny of being able to foal only once a year. And, while it does happen that males suffer infrequent poor health consequences of breeding—sometimes in the form of a fatal heart attack—females are more at risk.

During last Thursday evening’s virtual Eclipse Award ceremony from Spendthrift Farm, four-time Champion mare and three-time Breeders’ Cup winner Beholder, now residing as a Spendthrift broodmare, was seen in a live cameo mere days away from foaling, her fourth (by Bolt d-Oro). Her previous three foalings (by Uncle Mo, Curlin and War Front) were successful and uneventful. Her first foal, Q B One, is set to begin his racing career.

Healthy mares can theoretically breed into their 20s. That means Zenyatta could continue to be bred several more times. But should she be?

Horse lovers and racing fans who thrilled to Zenyatta’s accomplishments on the race track all will hope any decision about her breeding future will be made with only one consideration—what is best for the horse.