Home > Blog > Memoir > Thoughts About that Arc…and About Loss 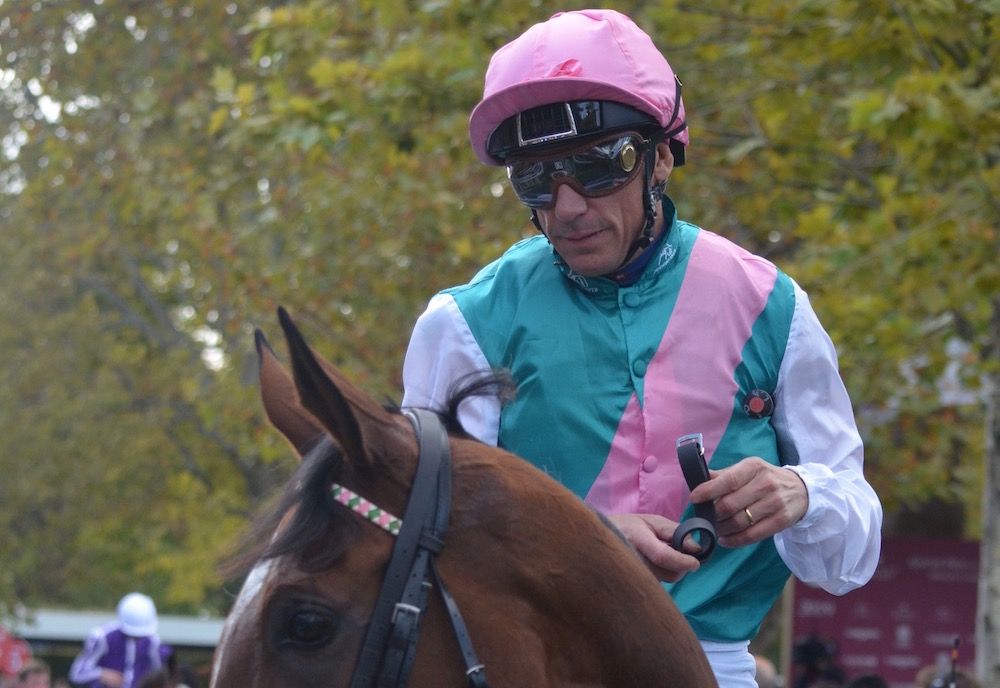 If you’ve seen the film Amadeus (…and if you haven’t, you should), there’s a telling scene about the writing process.

Mozart, brilliantly caricatured by Tom Hulce, is visited late at night by an anxious producer who demands to see the light comedy opera Mozart is supposed to be writing for the producer’s theater. Mozart says it is done but, when the producer snatches the score from Mozart’s piano, he sees it is ironically a requiem mass. Demanding to see the comedy score, Mozart says with a silly giggle while pointing to his head, “There’s nothing to see…It’s all right here in my noodle. The rest is just… scribbling.”

The producer, grounded in reality, replies pointedly, “Write. It. Down! It’s no good to me in your head.”

A writing professor of mine taught as one of his rules “Write late.” What he meant was focus on your subject, gather information about it, look at it from every angle, know what you want to say, and do all that in your head, before you try to write it down on paper or laptop.

I don’t have the genius of Mozart and I didn’t invent that professor’s advice, but both those lessons came back to me this week as I thought about loss.

Sunday before last began for me with Champion British mare Enable and jockey Frankie Dettori’s loss in the Prix de l’Arc de Triomphe at Longchamp in Paris.

As the day and week wore on, the result got me thinking about that loss, about other losses, about my own—maybe “our”—reaction to loss.

Readers could have anticipated my certain disappointment at Enable’s Arc loss after reading this essay posted before the race.

The Arc result could have been predicted. In fact, it was. Enable’s own trainer, John Gosden, cautioned against optimism Enable would gain her historic third Arc victory before the race when he saw the condition of the racetrack.

The Paris weather had been so dreary all week that rival trainer Aidan O’Brien, saying he “had no choice,” withdrew his champion three-year-old Love and three other Arc entries Thursday before the race. His trainer sons, Joseph and Donnacha, withdrew their combined seven entries from Arc day undercard races as well. The week got worse for the O’Brien clan as a result of horse feed contamination, but that’s another story.

The Longchamp turf course had been soaked by rain all week, rain so severe it resulted in flood warnings for central Paris. The goop was ankle-deep on some horses at some spots on the track during the race.

Enable was boxed into the middle of the 11-horse pack during the early stages of the Arc. In slow motion replay, one can even spot one of the French entries trying to bite her as he attempted to pass.

Feisty Thoroughbreds sometimes do that.

The messy race on the messy turf caused the stewards to raise the enquiry flag at the end. Official results awaited 20 minutes of deliberation while they considered two incidents, one involving Enable. They eventually allowed the results on the track to stand, with French Champion Sottsass declared the winner.

It was a loss mourned by racing and Enable fans ‘round the world. And by me.

Enable would be deep into her seventh year if she was returned to the racetrack next summer to prepare for another Arc run. Weather was not on her side the past two years. Time will not be on her side come next October.

Deprived of that third Arc by rain in consecutive years on the first October Sunday in Paris, owner Prince Khalid Abdullah might consider bringing her back one more time. Word on her future began to leak near week’s end, but there has been nothing official from the mare’s camp. We’ll know soon, but even a bright future is likely to be a brief one.

Having thought it all through, my week was not so great. Still, I began to accept the inevitable. Knowing my disappointment, a friend messaged me:

The message cheered me. I began to hope. Not for another race for Enable, but instead for a fitting last hurrah for the “Queen of the Turf.” I settled instead on the notion she might enjoy a final post parade in June at Royal Ascot, near her eventual Newmarket home, one “Queen” meeting another Queen.

I accepted the loss.

Loss is an especially pertinent topic in this moment. Often unseen, usually unanticipated, it’s so visible living through this time when so many people are experiencing loss on a grand scale—loss of loved ones; loss of work and needed income; even loss of hope, the worst kind of loss.

Simple arithmetic would I’m sure demonstrate many of you reading this are experiencing loss right now, or at least are close to someone who is.

It seems irrelevant, even superficial, to be led to contemplate losses of that magnitude by the loss of a simple race by a horse and her rider on a soggy grass oval thousands of miles away at a near-empty Paris racecourse.

But for me, the emptiness of that gilded Paris oval was a reminder of the personal losses being experienced by so many millions of people right now, of losses that have touched me.

Grieving any loss is a process

Psychologists suggest grief over loss has stages, all of which must be successfully completed before one can return to emotional balance: Denial, anger, bargaining, depression and acceptance.

Now, I rarely read self-help books (though there is Who Moved My Cheese?), and I tend to view social science taxonomies with some skepticism.

I reread and edit compulsively as I write. Looking back over what I’ve written so far, I’ve noticed something. You may have noticed it, too.

“The Longchamp turf had been soaked by rain all week, rain so severe it resulted in flood warnings for central Paris. The goop was ankle-deep on some horses at some spots on the track during the race.”

There was anger of a sort:

“Enable was boxed into the middle of the 11-horse pack during the early stages of the race. In slow motion replay, one can even spot one of the French entries trying to bite her as he attempted to pass.”

There was the bargaining:

“Deprived of that third Arc by rain in consecutive years on the first October Sunday in Paris, owner Prince Khalid Abdullah might consider bringing her back one more time.”

Enable might be given the chance to right the wrongs of weather and of her competitors.

“Having thought it all through, my week was not so great.”

“Enable would be deep into her seventh year if she was returned to the racetrack next summer to prepare for another Arc run. Weather was not on her side the past two years. Time will not be on her side come next October…I began to accept what seemed inevitable.”

But there was something else I noticed: That gift from my friend, the message that listed Enable’s accomplishments:

“Don’t cry because it’s over, Smile because it happened!” – Dr. Seuss

That message made me reconsider the gifts I had received: From Frankie, responsible at least in part for my having this platform today; from my Dutch colleague, whose shared dinner with me at a favorite Paris restaurant last year resulted in an invitation to perhaps the best meal of my life; from that restaurant’s owners, who extended that invitation to a lavish family dinner to a near-stranger; from the media officials at France Galop, who fulfilled a once-in-a-lifetime dream by offering me unhindered access to Longchamp, the Arc and Chantilly; finally from Enable herself, offering me a pose for a lovely portrait opportunity during the post parade before the excitement of her gallant run in last year’s Arc:

“I began to hope. Not for another race for Enable, but instead for a fitting last hurrah for the ‘Queen of the Turf.’ I settled instead on the notion she might enjoy a final post parade in June at Royal Ascot, near her eventual Newmarket home, one ‘Queen’ meeting another Queen.”

It is a little-seen video clip shot after Enable’s loss. Frankie is cooling down Enable after their loss, walking together along the rail of the Longchamp racecourse that betrayed them on consecutive October Sundays. Or perhaps he is silently contemplating what she has meant to him, how Enable has changed his life for the better, that it was possibly their last time together on the track, or that he may never see her again.

As he and his “favourite girl” walk along in their remaining solitary moments together, the few assembled, privileged people allowed present wave appreciative goodbyes to the pair. Enable walks slowly, head hung low, not glancing back at the few onlookers wishing her well, perhaps aware of her defeat. But Frankie, masked, turns to the few assembled viewers and waves back.

The person who shot the brief video turns and sweeps a panoramic view across the gilded Longchamp grandstand, near-COVID-vacant.

Focusing back on the track, a photographer races ahead of the slowly departing pair, shooting as he goes, looking for that shot. As the photographer stops and turns to the pair and aims his camera, Frankie halts Enable and lifts her reins. Her head now proudly raised, both turn toward the photographer as he gets his needed photos and waves a “thank you.”

I was that photographer at last year’s Arc. But the throng of fans, connections and media made getting that shot impossible for me. Jockey Pierre-Charles Boudot had to push through a mob, surrounded by security guards, not stopping, making way with winner Waldgeist to the winner’s circle.

I didn’t get the shot I wanted. So I settled for others.

I’ve since contemplated “my” loss, Enable’s loss, Frankie Dettori’s loss that Sunday. I thought about Frankie waving that gracious goodbye to the few assembled fans, about the defeated pair generously offering the photographer the moment he needed.

I realized in that moment of my own contemplation there is another reaction to grief over one’s loss, perhaps a sixth step, one aided by the generosity of others.