NKH Cento Blue Lives Up to His Name in Columbus 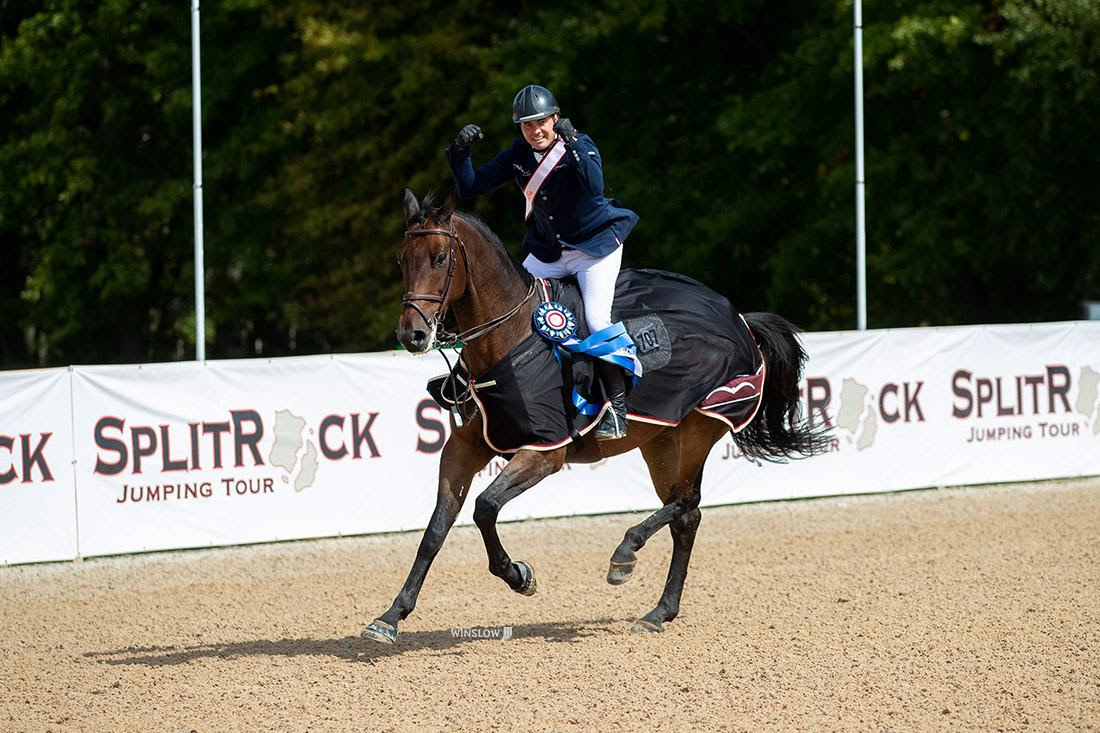 “Cento” is the Italian word for one hundred.

Blue is the color of a winning ribbon in America.

Eight of the 51 horse starting field advanced to the jump-off in the Oscar Soberon designed course. Seven repeated their foot perfect performances, turning in a second clean round over the seven-jump tiebreaker.

Last in the ring, Heineking and the 10-year-old Oldenburg gelding sped to a commanding win, using Cento Blue’s massive stride to leave out strides in the lines and make a tidy roll back to the SRJT oxer. The pair crossed the timers in 36.750 seconds, three-quarters of a second faster than runners up Harrie Smolders (NED) and Hocus Pocus De Muze (37.490 seconds).

“I saw the round and I thought I would give it a try,” said Heineking.