From Eventing to Barrel Racing: A Familiar Adrenaline Rush—in a Different Arena 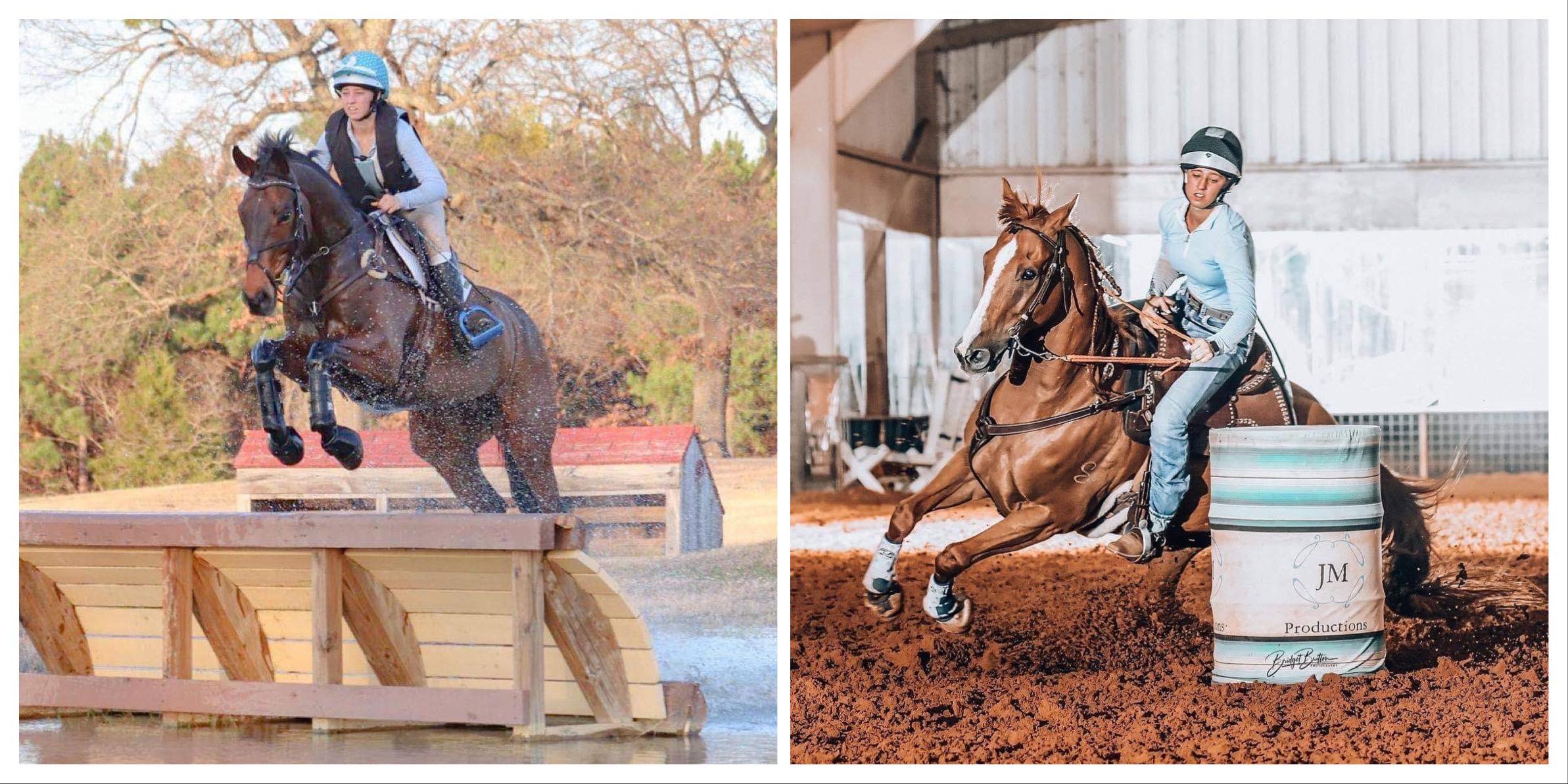 When I was six years old, I harassed my parents every week to take me to see the barrel races at the Mesquite Rodeo.

They were part of the event’s championship series in Mesquite, Texas where I grew up. I thought the barrel racers were the coolest girls on the planet. The discipline had been my siren song since I was a young hunter/jumper rider. When I asked my parents if I could join that exclusive club, they issued a hard “no.”

The barrel racers didn’t wear helmets, they’d say. The horse seemed out of control. What was a horse-crazed, adrenaline-starved young girl to do?

As irony would have it, I took up eventing. I developed several horses through the levels, competed all over the nation at internationally recognized competitions, and even represented Area V at the North American Junior and Young Rider Championships in 2016. I worked my way all the way up to Advanced, the highest nationally recognized level of the sport.

Now it’s 2020 and a worldwide pandemic has splashed us deep into uncharted waters. Life changes daily and so does the horse world.

With new restrictions and constant competition cancellations in eventing, I decided to make my childhood dream a reality. I traded in my English tack for Western and hit the rodeo to try my hand at barrel racing. While the differences have challenged me, a familiar rush and sense of pride hooked me forever, just like eventing had.

Taking on a new discipline can be scary, especially when it requires different equipment and a new style of riding. I bought my finished 2D barrel horse, Corona N’ Cash, a.ka. Kovid, in May. (“Finished 2D” is the equivalent of a made horse or a school master; one who could run the pattern with or without me on his back).

Through years of eventing, I had already honed a strong leg and a good mind for horsemanship. It was the new tack that turned out to be a major learning curve.

I worked my way around the Western saddle’s horn and liken it to the “oh crap strap” in the English world, also known as a breastplate or a neck strap.

My bridles had no nosebands. There are hackamores, but nosebands don’t exist in barrel racing. Sometimes, although it is not recommended, there are no throat latches, either. That practice is reserved for the bravest because no throatlatch essentially means no bridle.

That makes a well-trained horse crucial. He has to respond in an instant and I have to be crystal clear about what I’m asking. A barrel horse, like any sport horse, needs premium brakes and precision steering. I have to “push” the horse to, through, and past the timers after running around, but also know he’ll come to a halt within five strides as we exit the arena. As for steering, tighter turns mean faster runs.

This is where circles come in. Barrel racers also do circles in dressage, except these aren’t 20-, 15-, 10-, and 5-meter circles. Barrel racers circle barrels as tightly and quickly as they can and they measure those moves in feet, not meters. The key is controlling the horse’s shoulders. When he gallops, he should not drop his shoulder because it could hit the barrel and knock it over, which adds five seconds to your time. Every fraction of a second counts.

At a jackpot, competitors can run as many exhibition runs as they like. That’s like getting to school a cross-country course or jump a show jumping round just prior to an actual scored run at a show. I had to adjust my competitive focus and mindset to adapt to this, but I find it helpful when showing a green horse, trying to collect miles at a competition setting, running a new pattern size, or familiarizing myself with a new arena.

I feel like I could write a book about the differences between barrel racing and eventing. But in appreciating those differences, I feel I’ve become a better rider and horseman.

It is very scary entering into a different culture even though I stayed in the realm of horses. English and Western disciplines are very different, and I had always felt there was a stigma of you are either one or the other but never both. But the Western world welcomed me with open arms, and everyone has been extremely patient, helpful, and kind while I am navigating my new adventure into the barrel world.

The biggest challenge I had to overcome is my body language and cues. Western horses are trained with the same goals as English horses, but with totally different cues.

For example, my English horses are taught to go into contact with everything hinging on the outside rein. The Western horses, however, get extremely confused if you ask them to turn or do a circle while holding contact with the outside rein—they want all of their cues to come from your legs, seat, and inside rein.

While there are a lot of differences between the two disciplines, there are also quite a few similarities with one of the major ones being we all love our horses and our fellow competitors. In both the Western and English worlds, we are there for our friends and competitors. If anyone needs help there are many people that immediately jump to our sides offering assistance, and that to me is what I am the proudest of in both cultures.

At the end of the day, the feeling of adrenaline coursing through my veins after a run on barrels matches that of finishing a cross-country ride. In either setting, I hop off my horse with a smile on my face and pride in my heart, and I scratch my best friend’s withers to celebrate a job well done. 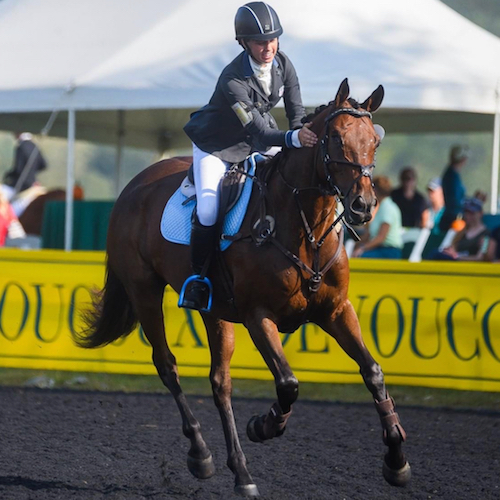 Anna Pierce is a 20-year-old young professional who operates AMP Eventing in Wylie, Texas. Anna is a member of the Area V Young Riders team and has competed through the three-star level with her and her mother Diane’s River King and through the two-star and Intermediate level with Obiejohn (“Jax”), a 14-year-old off-track Thoroughbred.